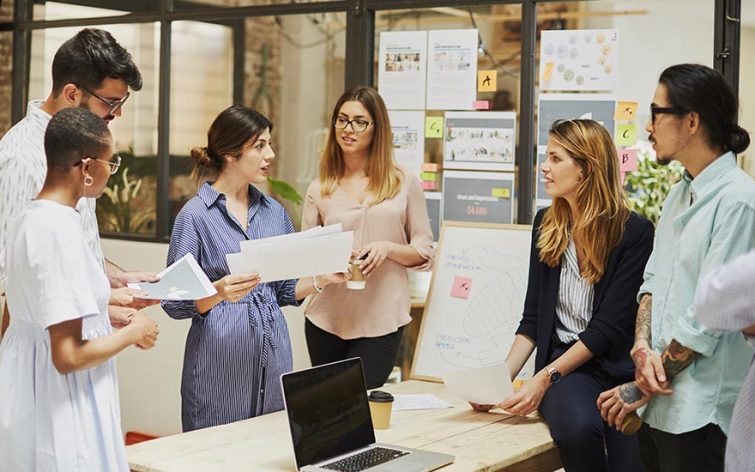 A lot of times, startups don’t know when they are getting a raw deal from their PR campaigns. Seeing as many startups are now employing PR firms to run their campaigns, it is important for these startups to understand what they will earn from the campaigns, and how they will measure a successful outreach.

Two reasons why you want to be able to measure the success of your PR campaigns are:

Having said that, one thing is very apparent: when starting a PR campaign, it is vital that you set measurable goals and objectives for the campaign. This way, when it ends, you have a checklist to get through to determine whether there was any success or not. Additionally, for measurable metrics, have set targets that the PR campaign should meet depending on the budget you have. It is crucial to know that the trends for public relations are continuously changing, so you need to have your strategy right.

The following are measurable metrics and tactics that startups can use to measure the success of their PR campaigns:

The first category is the big publications which would include Forbes, CNN, BBC, Mashable, Buzzfeed, Wired, etc. These are top-tier publications and a press mention from any such publications bodes very well for your company.

The second category includes mid-size publications, usually niche publications like The Next Web (TNW), TechCrunch, Recode, The Verge, Vogue, etc. A lot of these publications specialise in one niche. For instance, TechCrunch and TNW are startup and tech news platforms, while Vogue specialises in lifestyle and fashion.

The third category is a list of local publications where you would like to feature. The fourth and last category is a number of blogs whose coverage of your startup would be ideal.

If you achieve coverage in any of the four categories, that can make for a very successful campaign. However, coverage in large and medium-sized publications would be ideal as that would create a ripple effect ensuring you appear in a couple of other publications that you had not really planned for. Local publications and news companies are also very ideal especially if your startup is a store in a particular location and is looking for foot and car traffic.

The impact of coverage in these publications including viral blogs is that it could lead to increase customer activity for your startup, improved employee morale, as well as more inquiries and even purchases of your products/services.

A media impression refers to a calculation usually used to estimate the approximate number of people who have heard about your company within a specific time period. It is used commonly to determine the impact of PR campaigns.

If you want to know what your media impressions are, multiply the number of press clips collected during the set time period by the circulation of each publication.

The media impressions metric is, of course, not foolproof. It has its own failures. Just because 1 million readers buy the publication does not mean they all see or read your story in these publications.

3. Calculating the Ad Value of a Media Clip

Advertising Value Equivalency (AVE) is a very controversial metric. However, it has been used a lot of times in the past by PR firms to measure success.

Once your story has been published in a particular publication, you look at the advertising value of that space. For instance, let’s assume appearing in The Wallstreet Journal with an advert costs $5,000. If your story appeared there as a result of PR efforts, then the value of that media clip for your company is $5,000.

As much as AVE is popular in the PR industry, advertising and public relations are not the same. For example, having your story featured in the publication doesn’t provide the same value as having an ad in the same publication. It’s true that the value you get from the story will depend on the story and how engaging it is. With a compelling story, you could get more value than you would from a company ad.

It is surely a game of chess in this case, but great stories transcend ad value, as do great ads. You have to tell a story like no other for the value to be higher.

In the 21st Century, there can be no mention of PR metrics without considering the value that social media adds in amplifying news and breaking stories out to the world.

Therefore, startups have to focus on social media. If you are running a PR campaign, you need to find out how many likes, comments, retweets, repins, and shares your story received on every platform it was shared to. From Facebook and Instagram to LinkedIn, Twitter, and Pinterest among other networks, these metrics can be telling. A viral story on Facebook could turn things around for your startup. A pin that has been repinned thousands of times on Pinterest can redefine the sales and revenue of your e-commerce shop. If your startup is running a PR campaign, set the targets and goals for social media. Measure the impact of your story on these channels when the campaign is done or as it goes on.

Startups need to get their traffic numbers right. SEO is highly dependent on how many websites link to your company. The trick is to get a few premium-level backlinks as compared to many low-level backlinks. Good backlinks increase the domain authority of your company and lead to improved traffic through increased search engine rankings.

A lot of PR professionals try to grow a brand’s popularity while improving the SEO as well because the methods of doing this are quite similar online. If The New York Times publishes a story about you, traffic from the referral link to your website will increase. However, over time, that link also leads to increased search engine rankings for your brand’s focus keywords.

A successful PR campaign will include a bit of these two metrics. Traffic will be seen to spike on the days that your story is published, which is great. Secondly, you will gain some quality backlinks linking back to your site as a result of that story going out. The more traffic and the higher the quality of your backlinks, the better.

This is a way of measuring the success of PR campaigns by comparing two separate campaigns.

It might be that you carried out an online campaign, and then went and did a PR campaign at an event by setting up a booth and spreading brochures at the event as well as your products. Comparing the impact of these two campaigns can show which one was more successful.

Furthermore, you can also compare your campaign with a campaign carried out by your competitor. This is called determining the share of a voice. You can track the numbers, media impressions, press mentions, and social media activity from the competitor’s PR campaign. Compare these to yours, and you will know which one between your company and the competitor had a more successful campaign.

A lot of PR firms will charge an arm and a leg for these metrics. So many startups might not be able to afford it. If you cannot practice do-it-yourself PR strategies at your startup, engage Pressfarm to help you out. We are a PR agency that is built to help you find press contacts and affordably pitch stories to journalists to secure press coverage.