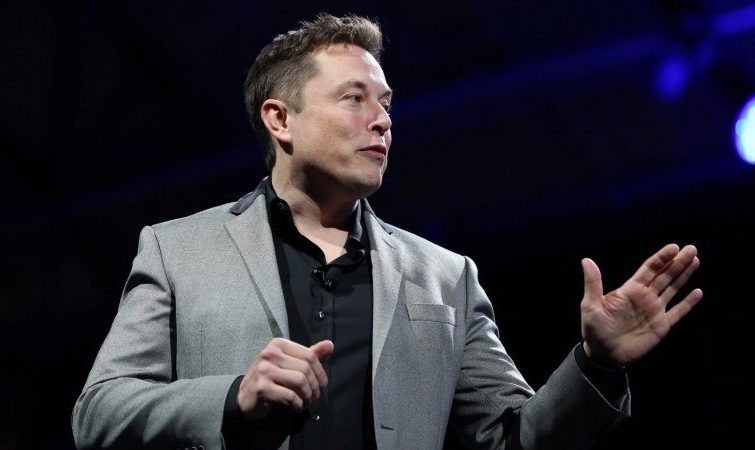 Elon Musk is no ordinary soul and in spite of playing down his own influence, the South African born entrepreneur is one of the most successful businessmen to grace the earth. In fact, since he first co-founded his first significant company back in 1995, Musk has amassed a net worth of $19.2 billion and was recently named businessperson of the year by Fortune. At the same time, Elon Musk has demonstrated a distinct ability to market and publicize these businesses which are arguably the most impressive string to his bow. In fact, such is the magnitude and effectiveness of his approach; we have decided to create the ultimate Elon Musk guide to PR & Marketing for startups and entrepreneurs.

Brief Introduction to Elon Musk as an Entrepreneur

In case you might be asking yourself, Zip2 Corp was the first significant company developed by Musk and this online city guide business was eventually sold to Compaq for more than $300 million. In that same year, the entrepreneur co-founded an online financial services company which would then go on to create the largest merchant processing unit on the planet – PayPal. As you may know, PayPal was purchased by eBay for $1.5 billion but by then he had also incepted two of the most interesting companies of them all – Tesla Motors and Space X.

The Fundamentals of a PR and Marketing Strategy

While we specifically focus on the Elon Musk approach to PR and marketing in this article, it must be noted that the underlying principles remain the same. That is to say, while Musk is undoubtedly a genius when it comes to marketing tactics and strategy, he simply emphasizes certain aspects in order to generate the most significant return on investment. In most cases, this specifically refers to publicity and his uncanny ability to create awareness but at the same time, there is a clear blueprint and the following is an outline of the most important foundations in this process.

Writing Up a Marketing Strategy

While you may have a reasonable idea in terms of the marketing strategy, this is something which needs to be formulated and carefully crafted. In most cases, this is also something for which a marketing agency should be contacted, for they have the best resources and knowledge in terms of how to proceed.

As a rule, the marketing strategy is a combination of techniques which allow a company or individual to identify the most effective way to increase sales. Ideally, this strategy should consist of the following fundamentals:

Target Audience – Identifying the target market is highly important. You will need to know the age, demographics and general culture associated with this market in order to tailor the product and company voice toward them.

Traction – You will need online traffic and awareness for the product. How do you intend on gaining this traction? Will this be through video, blogs, and podcasts?

Unique Selling Point – Every product or service should have a unique selling point and this is often the initial focus of any launch. Spend time crafting the best way to use this USP to stand out from the competition.

Communication – Communicating with clients and potential customers is an essential part of a marketing strategy. You should have clear channels through which this should be done and this is most often through social media for businesses in the modern day.

Get to Work – Now that you have identified the market, established a selling point, built awareness and an easy means of communication, you can get to work. In case you might be asking yourself, this refers to everything hereafter such as advertising, promotions, interviews and possibly seminars.

The Elon Musk Approach to PR and Marketing

What you may notice about Elon Musk is that he manages to be everywhere at once. That is to say, he operates multiple major companies and seems to be at the forefront of every last tech-related issue in the public eye. When it comes to Space travel, Space X is now leading the way while Tesla Motors is producing results which have literally astounded the experts who once implied he was doomed to fail.

In his own words, he will not be happy until we have left earth and colonized the planet Mars but in truth, Elon is an extremely rational and realistic individual who simply produces precisely as he envisions. In this sense, when an idea makes sense, Musk is quick to promote and market this idea with little time of the skeptics or rationality of those who doubt these same concepts. Indeed, you can remain doubtful about his theories or predictions for the future of artificial intelligence but until now, he has been proven right at almost every turn.

However, how does he do it? How does Elon Musk attract the spotlight so often and create immense awareness for the many projects under his wing?

1). Finding a Problem while Providing a Solution – Solar City

When it comes to the failure of a product or service, quite often, the reason for this happening is due to lack of attention during the planning process. After all, many startups or entrepreneurs can get carried away with an idea before even realizing this concept provides no real solution or unique value to customers. In short, the initial stages of a marketing strategy should focus on the true value a project and the problem for which this product or service will provide a solution. Simply put, if you do not have a straightforward answer to the above, the risk of failure is significantly higher.

With this in mind, we can see that Musk has always sought to ensure there is a specific need for a product or service before proceeding with it. Naturally, this has provided Musk with a clear path to follow with regard to PR and Marketing as he has always worked with the needs of a particular target market in mind.

For example, when Musk visited the Burning Man festival some years ago, he came up with the idea of creating a solar installation company that would be kind to the environment. As you can see, Musk is not merely a blind visionary but a businessman who keeps his fingers on the pulse and produces concepts which have a real use case in the real world. More importantly, having a clear idea of his concepts have allowed Musk to confidently market and publicize them.

Takeaway – Establish the problem or niche in a market rather than assuming the value of a particular solution.

Although it may seem like a “no-brainer” now, PayPal was a revolutionary concept when Musk co-founded the technology. In fact, this was the first successful electronic system for payments and was designed as “Western Union for the internet”. However, the road to success for PayPal was rocky and the initial concept for the technology was a failure. That is, PayPal was initially created as a security software for handheld devices and then secondly as a mobile wallet. In short, the creators were targeting the wrong market with their product and used this failure to identify the right product and market. In the end, PayPal would become a place where people could access money instantaneously.

Takeaway – Persistence is everything and targeting the right market is essential for success.

Space X is arguably the most obvious instance in which Elon Musk leveraged PR for success. As the leading space technology company in the world, Space X was often the subject of criticism from major media and publications. At the same time, Elon used this as an opportunity to speak in public about the company endeavors and ended up drawing mass attention to the projects. Ironically, by the time Space X succeeded with several launches this year; he had already gained enough traction to ensure the world was paying attention to this success as it happened. Today, Space X is contracted by NASA and considered the most influential space technology company ever created.

Takeaway – Even “negative” publicity can be used as an opportunity to leverage a startup.

In most cases, a product or service will have a unique selling point and if this is particularly strong, the entire PR strategy can focus on this one point. For example, Tesla is the most prominent electric car company in the world and currently on a mission to produce sustainable transport, now. As you know, there is an obvious selling point for these vehicles in that the electric car is good for the environment. In this sense, the increasingly conscious public was interested in Tesla from the very beginning and Elon Musk was quick to take advantage of public opinion by focusing on the environmentally friendly nature of the vehicles. In case you were wondering, Tesla produced the first all-electric luxury sedan. Needless to say, the way in which Musk used this unique selling point was the perfect example of how a startup or entrepreneur can use a unique selling point to gain traction for their product or service.

Takeaway – Know your unique selling point and use it to stand out among competitors.

5). Any Awareness is Good Awareness – The Hyperloop

Some years ago, Elon Musk announced an audacious plan to create a tunnel system which would relieve traffic congestion. As you may know, this was referred to as the Hyperloop and the system is intended to function on solar energy. Incredibly, the system is also designed to take passengers in pressurized tubes from San Francisco to Los Angeles in just thirty minutes. Aside from the audaciousness of this plan, Musk proceeded to apply some very bizarre PR tactics which increased awareness of his vision. Most notably, Musk created a flamethrower with the selling point being “a cool sticker and a convenient button”. Indeed, this may sound bizarre but the videos went viral and the flamethrower sold more than twenty thousand units.

Takeaway – Attention can often trump the use case of a product and any awareness, is usually good awareness.

In a recent study, Elon Musk was voted the most respected leader in the tech community. Standing head and shoulders above the likes of Jeff Bezos and Mark Zuckerberg, Musk is also the leading voice when it comes to the future of artificial intelligence in particular. In light of his recent achievements with both Space X and Tesla, we can also understand how he has taken his place as an authority in the tech industry.

In spite of the above achievements, his ability to use this standing to leverage his companies within the tech community is also second to none. In fact, this is arguably the main reason we see Elon Musk “everywhere” and why every project is the subject of great interest around the world. Simply put, Elon Musk does not just receive this attention but he also uses it wisely and needless to say, this is the very definition of savvy PR in an industry which is increasingly challenging to penetrate.

Takeaway – Attracting attention is not nearly as important as what you do with this same attention.

Conclusion – Get to Work

Sure, cultivating attention is not an easy task and not everyone is as talented or adept as Elon Musk. However, the underlying principles of an Elon Musk type marketing strategy can be adopted on a scale which is relative to any person or business. At the same time, the complexities of PR and Marketing are vast and consulting a marketing agency is often the best way to proceed. After all, when you consider the knowledge and resources to hand, professional assistance is an opportunity to save time and give a product or service the best chance of succeeding in the market.

Indeed, while we may not be colonizing Mars anytime soon, the Elon Musk strategy is arguably the most impressive approach to PR and marketing for startups and entrepreneurs.