The Dyrt, “Yelp for Camping” Completes Series A Funding of $2.6 Million 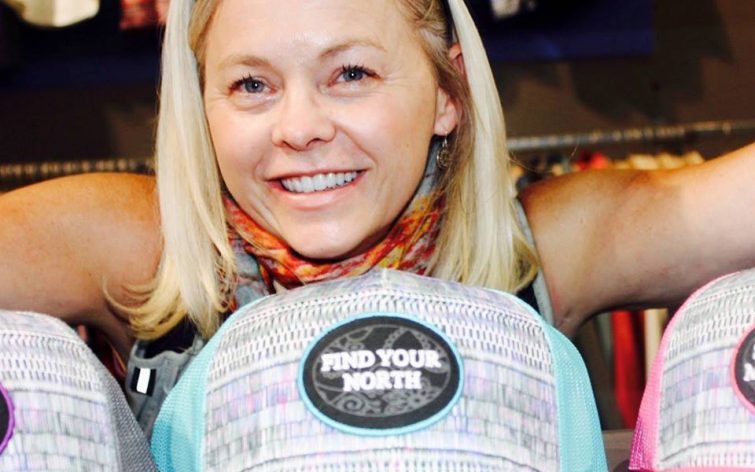 In startup chat discussion today, we catch up with Sarah Smith, the Founder of The Dyrt, to talk about her platform and how it is disrupting the camping and outdoors space using the platform. The startup has recently completed a very significant funding round, attracting investors to endorse their business model and help them build what Sarah has termed as the “Yelp for Camping”.

ORIGIN OF THE DYRT

As we begin our discussion with Sarah, it is important to understand what might have inspired the makings of this startup. As usual, a startup with direction must have an origin story, which informs the why behind the whole idea.

“The easiest way to think about The Dyrt is to think ‘Yelp for Camping”. We have the most user generated campground pictures and reviews than any camping platform on the web,” she remarks.

“The Dyrt was born out of sheer frustration. After failing miserably every time I searched online for a campground, I ran contextual interviews with other campers, watching and documenting as they tried to find and select a campground online.”

Most of the time, entrepreneurs begin working on ideas to solve issues that they have gone through. Knowing the conviction is important. Equally critical is the fact that if you have faced challenges around you dealing with an issue, then most likely you are not alone. Sarah’s frustrations with camping reviews and real detailed photos were born out of her love for the outdoors.

She continues, “It quickly became clear that I was not alone in my frustration. My fellow campers were really struggling to find local recommendations and pictures of campgrounds.”

Understanding the gap in the market alone isn’t enough. Sometimes a little research is needed. While there are several needs in the world that could be turned into built-up applications, not all of them can be turned into a business. Proper due diligence has to be done to evade any pitfalls in future, like for instance investing time, money, and effort into an idea without the right numbers to make it worthwhile.

“After more research, I realized that there is a real market here – 60 million Americans spend about $166.9 billion of outdoor recreation spending on camping.”

The huge growth of The Dyrt platform has not been coincidental. Most of the time, understanding a growth hacking strategy that will work well for your company is important. It should fuel growth, be nearly effortless, and as we have seen before in most cases like Dropbox, must have an incentive for the users.

Sarah together with the team found that building their strategy around contests and badges just like gaming does the trick.

“Gamification has been a huge growth hack for us. The Dyrt has organically crowdsourced more user generated pictures, videos and reviews of campgrounds than anyone in this sphere and we owe it all to our Campground Review Contests,” says the founder.

“Users get points and win prizes from outdoor brands in exchange for submitting quality campground reviews. And it’s not just about the prizes. Campground reviewers on The Dyrt earn badges and unlock other incentives like camping gear for being active reviewers.”

There are other platforms that list camping grounds and sites as well as parks. Critical to a startup is to identify what will set them apart from the rest of the competition. Which is the question we posed to Sarah even as we delved into the discussion further.

“The Dyrt has nearly 100,000 user generated campground photos and reviews. These are real picture from real campers. On The Dyrt – you get the good, bad and ugly – and you can count on it coming first hand from a local expert. Just as many people wouldn’t go to a restaurant or bar without first checking out Yelp or wouldn’t book an AirB&B before checking out the pictures and reviews from others, The Dyrt believes that camping is no different – people want their weekends to count and not spend it at a campground that would have never chosen if they had had better information.”

Definitely, a huge part of the platform is not only in the honesty with which the reviews happen, but also in the user-generated photos. Since the users are interested in winning the contsts with legitimate content, the fact that there won’t be any patching up of pohotos means that users of The Dyrt will be exposed to life as iti is in the camp without any filters.

The Dyrt has recently completed their Series A funding round raising a total of $2.6 million. It is a stamp on their business model, but Sarah insists it did not come easy.

“Our start-up team slugged it out for 2 years (some of us longer!) on no or low salaries in order to prove our model.”

Investors are definitely more confident of putting their money into something that has proven itself. Moving towards that proof is not easy business. So many mistakes are made if the founder is not careful. Some mistakes can be to the detriment of the whole business. As Sarah advises, it is important to have a plan.

She says, “Two pieces of advice: 1) Stay focused on growing the numbers/activity that prove your business can scale and then let the numbers do the talking. 2) When pitching to potential investors, keep it simple – If you don’t have a 9 slide pitch deck that you can talk through in 5 minutes then you need to trim down your messaging.”

VR, MOBILE, AND THE OUTDOORS

Outdoor recreation is now increasingly becoming influenced and disrupted by tech. With the adoption of VR and upcoming mobile trends, The Dyrt is positioning itself to push this fusion in the years to come.

“We just put half of our tech resources toward our brand new iOS and Android apps for The Dyrt that hit the stores last week. Being a relatively small team still, it took a real commitment to pull resources away from our website and focus them on the mobile app but we are committed to staying ahead of the outdoor recreation pack!”

As part of The Dyrt contests and rewards, the platform is using incentives like outdoor gear to push for increased adoption rates and activity on the platform.  Whether it is a sustainable model is critical to the long-term growth of the company with this business model.

“Our campground reviews games and outdoor brand partners are massively accelerating our platform. The content that the contests focus on gathering might change over time, but we see no end in sight for our gamification model. And – it’s a win-win situation for our outdoor gear brands who are happy to give away products in exchange for deeper interaction with our power-users.”

“Our hyper-active community of campers do more than just camp. We are going to win the camping vertical and then replicate our gamification model across other outdoor verticals,” says Sarah as she speaks more about what the future of The Dyrt beyond 2018 looks like.

“Outdoor recreation is a huge market (bigger than gas and pharmaceuticals!) and a significant economic driver in the United States. More than 140 million Americans make outdoor recreation a priority in their daily lives – and they prove it with their wallets. Each year, Americans spend $646 billion on outdoor recreation. For now though, we are staying focused on being the best camping resource out there.”