Space-related altcoins have often fallen short of everything they’ve promised. Starship Optimus is here to change that with a slew of features that will massively impact the crypto community.

Starship Optimus is back, the V2 of last year’s successful SpaceGrime. At its peak, it was up 60,000%, and it was the only project that Shiba Inu reported having invested in. V1 was a fun project built completely on memes. With their recent partnerships and robotics developments, V2 – Starship Optimus – is GameFI in its purest form.

Why rebrand to Starship Optimus?

The answer is simple: The SpaceGrime team was ready to step into the direction of closely integrating robotics. This is in addition to the space work they are doing and the SLA work with the Optimus Robot team. This vision has become most relevant in their GameFi and EcoSphere work.

Starship Optimus offers the same successful features that SpaceGrime started out with. These features helped SpaceGrime accumulate 28,000 members in its first iteration, and they’re now bigger and better than before. The new website already showcases a variety of upcoming features and brilliantly-executed roadmap that details its focus on GameFi. The roadmap also highlights a fully integrated metaverse including retail. It also highlights a Space Simulation and EcoSphere program that had already been launched last year with existing partners.

The developers behind this successful project are known for their ambition and big dreams in the cryptoverse. They’ve consistently been pioneers in their scope of delivery, having delivered what they promised – an NFT Marketplace promised in 2021. Since then, they’ve delivered the NFT marketplace in a BETA version to the coin’s long-term holders.

Starship Optimus is in line to build upon its track record and create another groundbreaking project. It’s no surprise that if V1 was shooting for the moon, V2 is aiming for Mars and further beyond that with a more grounded and attainable plan of action. Below are just a few of the features that Starship Optimus promises to bring to its holders: 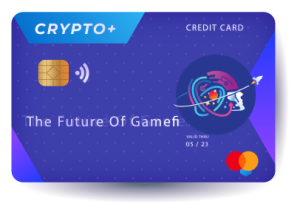 A new way to buy and use $STOP Tokens

According to financial statistics research compiled by Fundera, cash vs credit card statistics show that 80% of consumers prefer spending with a card over cash. This statistic is slowly increasing on a yearly basis. While major credit card companies may not allow cardholders to purchase cryptocurrency with a credit card, the developers at Starship Optimus are boldly going where other crypto projects fear to tread. More specifically, they’re already working with a company (name undisclosed at this time) to allow users to buy $STOP tokens via credit card as well as pay for everyday purchases with $STOP. Users can even make certain brand retail purchases with this card.

Currently, these same features are only accessible with major coins like Bitcoin which launched in 2009. Starship Optimus is an altcoin in its infancy stage, yet it’s working on making this a reality. This is only the tip of the iceberg of ambition that the Starship Optimus team carries with them. 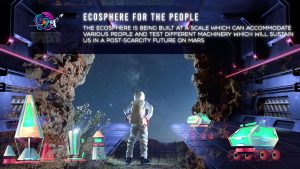 Promising developments on the EcoSphere started in V1

In the first iteration, the team introduced an innovative approach to food and flora production in space-simulated conditions, and they were still surveying land. For those not in the know, the EcoSphere was first announced in late 2021. This is the world’s first EcoSphere of this size within the US and Europe. The team plans to use this EcoSphere to grow food for space in space-simulated conditions before growing it on Mars.

The Starship Optimus team has secured a robotics company partnership that will allow them to continue this development. It’s been determined that this unique EcoSphere will be located in none other than Nevada, USA. In line with the announcement and imminent launch of the Starship Optimus Space Program, the EcoSphere will be one of many initiatives that will undergo major progress. This progress is expected to be consistent up until the space program’s launch and availability to the public.

One Metaverse to rule them all…but make it crypto

The buzz around Starship Optimus’ social media accounts has long been about what their version of a metaverse will look like. The team promises that this metaverse will be a one-stop retail solution that encompasses all elements from social media, gambling, streaming, and even entertainment.

It’s only now been revealed that quite a few famous meme tokens are on board with Starship Optimus and are gearing up for the launch! This, however, is only a small part of what the metaverse will be: This metaverse will eventually include a multi-chain SWAP, an integrated NFT marketplace with tradeable collateral, and a retail ecosystem, all in one spot. Beyond that, the metaverse will have features for direct food purchases from the team’s EcoSphere. 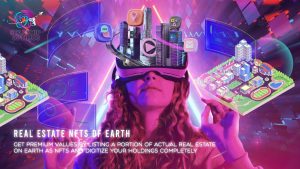 Starship Optimus aims to bring the minting and decentralization of NFTs to a whole new level by incorporating Real Estate both within and beyond the metaverse. Traditional aspects of a metaverse will still include such as homes, land, hangouts, and other venues, with the addition one very important key element: $STOP NFTs.

In the metaverse, users will be able to use $STOP NFTs to build those plots of land and sell them at a premium so you’re not just selling a piece of land and a cookie-cutter home in the metaverse but one built with scarce NFTs minted by you. And if digital real estate is not enough, the team is also tapping into the real estate market here on Earth! How that works is pretty simple: holders will actually be able to sell their own homes or shares of it as NFTs on the platform, hence getting much more massive pricing than the regular real estate market.

A Space Program for the common man

One outstanding factor sets the Starship Optimus team apart from other altcoins that have proposed a space program and fallen short. This unique factor is the team’s extensive expertise with world-renowned companies such as Microsoft, Tesla, and even SpaceX.

With a proven background in innovation and space technology, the team has already declared that a space program is achievable by their hand. What’s more, this space program is a lot more cost-effective when integrating with an existing space company – an endeavor that the team plans to take on when creating and developing this space program. Plans for this space program include a promise to the Starship Optimus community that announcements and the first payload will be sent out this year. This puts the team on track to have human usage begin in as little as two years. 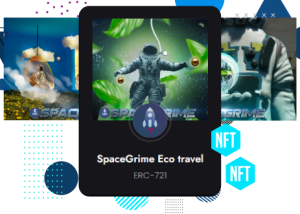 NFT Marketplace integration into the metaverse

When you have a team whose expectations and ambitions are as infinite as Space itself, it’s only fair to also consider that absolutely every detail is meticulously planned to the point of perfection. While the initial launch of the NFT Marketplace launched in BETA mode, the team has since set their sights on metaverse and GameFi integration. Both features are currently in development this year. Of course, with BETA testing available to holders, an extensive list of recommendations also has been provided to the developers. They plan to use this list as a guide as they continue working on phase 2 of the marketplace. 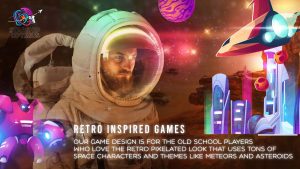 A deeper look into GameFi

Lovers of all things retro and fans of graphic displays can rejoice! Starship Optimus’ GameFi comes in the form of two aspects. The team members have pulled out all the stops on their GameFi features. We can already see that they’re committed to ensuring that gamers and crypto enthusiasts of all preferences will enjoy their gaming experience:

The features in this article are all a part of Starship Optimus’ initial roadmap, covering all the way to Q1 of 2023. Who knows what else is in store as plans for each continue to unveil and develop? One thing is for sure, this is a team that loves to keep its community members on its toes. Given everything they’ve already promised and delivered in the past, the community can expect plenty of amazing features with this project. With so much to look forward to, you won’t want to miss a single second of the journey.

Want to learn more about Starship Optimus or go deeper into their roadmap? You can find out more about them on their website. You can also connect with the team for updates on Telegram and Twitter.