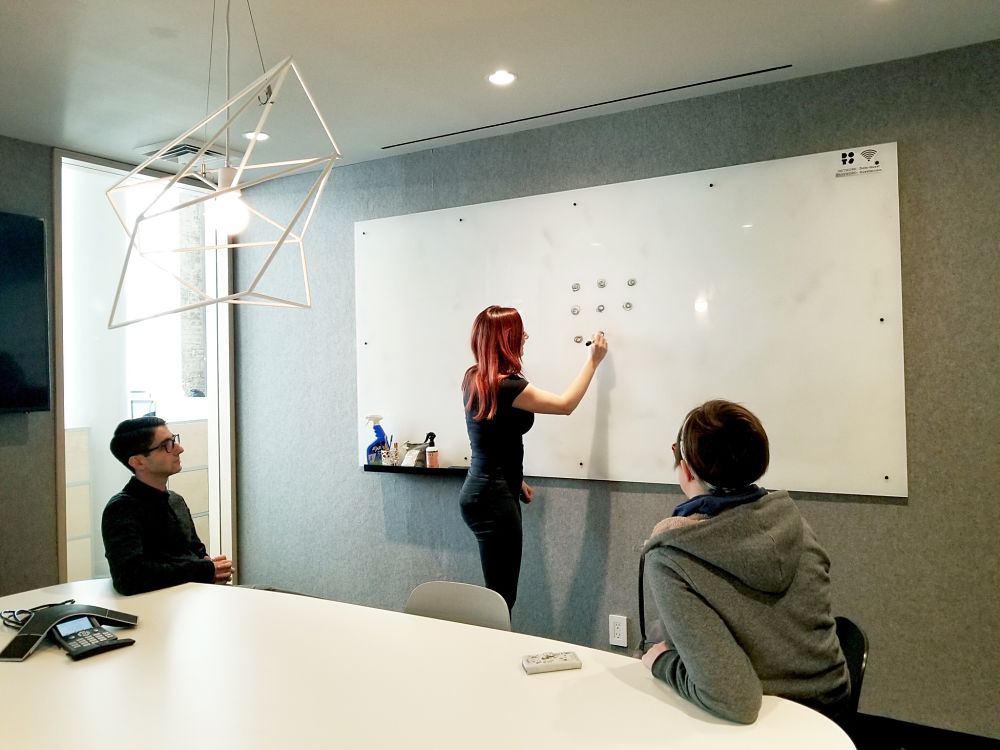 It is not often that you get an insider look of the artists that contribute to the making of the mobile games we play on our devices. Dots, a beautifully addictive puzzle game about connecting dots, is one of the more popular games on both the Android and iOS platforms with a userbase surpassing 50m on Android alone. We got a chance to catch up with one of the creative artists behind the game, Laura Gatti, and looked at her humble beginnings into the current space. Catch our discussion below:

Before collaborating in enhancing a game of such intensity and fanbase, Laura worked in the creative department of Gucci in Milan for 3 years (2012-2015). “I was part of a three people team responsible for the concept/design and production of the window display creativities for Gucci shops worldwide,” she says.

It must have been quite a challenge because before the client walks into the shop, they have to be pulled by something they have seen through the windows while passing on the streets. It is more a creative and salesy aspcect.

“In the specific I was sketching my ideas, then making a 3D realistic reproduction of the ideas with Modo (3d software), then following the entire production process (talking to suppliers, making a real window mockup to make sure materials, colors, and elements of the window were displayed correctly) to the final opening/change of the window displays in Milan, making sure everything was perfect),” Laura notes with a sigh of satisfaction.

The teamwork and her involvement are definitely the reasons for the window displays in Milan that have been appreciated around the world.

Moving into New York after her 3 year stint with Gucci at Milan. Laura worked at a Design Company known as Joe Doucet and Partners. Where she worked on modeling 3D visuals for some of the company’s interior design objects. That stint didn’t last long as she found and got interested in working at Dots where she has been since.

“I have been working here at Dots for almost 2 years,” she says. “At Dots, my job is to oversee the artistic quality of TwoDots, do the art direction of the main map. Of the weekly treasure hunt maps working closely with few illustrators, and design collectibles items called badges. That users earn after completing Expeditions, a meta game inside Two Dots.”

However, that is just one part of her many responsibilities.

“I am also in charge of implementing all the art inside the game, re-drawing all assets inside Unity using Ragespline. A plugin that allows the creation of vector objects directly in Unity, and animating all of them.”

Tasked with being in charge of animating the new mechanics regularly added in the Two Dots level. Laura clearly has her cup full. In 2017, Laura invited to join the Jury of Indiecade in the role of Super Juror. With the responsibility of reviewing and critiquing more than 25 independent videogames sent from all over the world.

Indiecade is an internationally known competition for independent videogame studios. Who want to showcase their games and get feedback on them.

Do you want more? 2018 being a young year, what goals do you have for your career and how does that affect Dots?

“I am really happy with my position at Dots right now,” she says. “The values of company, together with the incredible professionalism and respect that all my coworkers share. The true talents that we have here, make this one of the best companies to work for.”

Indiecade is definitely a great event to look forward to. “In 2018 I’ll thrilled to keep working as a Juror for Indiecade. Hopefully for other contests for videogame developers as well.”

It is always good to give back to the community no matter the level. You are in terms of career, life goals, and finances among other things. With Laura’s experience, her advice to graduates is to find work in the areas of their careers that they are passionate about. “Never give up after many ‘Nos’, and most importantly never stop learning when you find your dream job. School definitely isn’t over when you graduate. Especially in the tech field. It is important to always keep up to date on the latest improvements and newest software,” she concludes.