How to Write a New Product Press Release for Startups 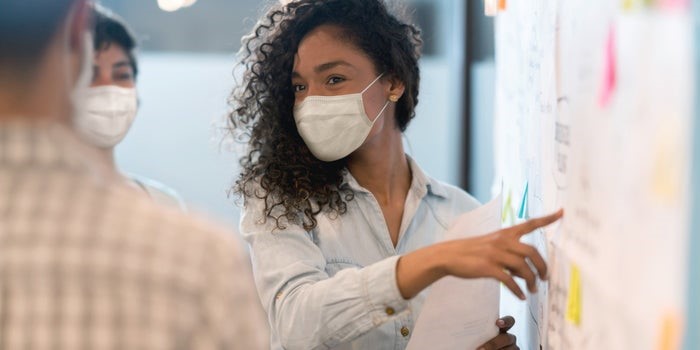 A company’s product or service’s success can often be decided by its ability to create a great press release and achieve media coverage. However, where some companies might miss the mark on attracting media attention is either not having enough information, providing too much, and only having their end goal benefit them.

What is a new product press release?

Much like every other type, the whole idea of a new product press release is to grab journalists’ and media influencers’ attention to get a product or service seen by a target audience. If done correctly, it is a great way to boost a business and spread the word about their new offerings. By creating one themselves or hiring PR professionals like Pressfarm to create press releases for them, companies need to understand what needs to be done to craft the press release, build custom media lists, and create personalized media outreach.

There are some things that companies and their teams need to know before writing a product-focused press release. The most important being that every part of it needs to be newsworthy, professional, and accurate. Let us look at a few more.

It is highly possible that the same or similar product or service already exists in the market. For companies to achieve media attention, they need to include the unique benefits of their new product. This way, they are not overlooked by competition that may have already existed in the market longer than they have already received media coverage.

The press release should outline a product’s selling points in a way that readers will feel intrigued enough to interact with it. Companies should already have a brainstormed list of things that make their product stand out, listing the unique benefits. It saves them much time and makes the objective clear.

Some questions that can be answered through this process are:

2) Tell a story through it

Storytelling is not just reserved for novels and fairytales; it is a critical part of creating a narrative to attract media outlets and target audiences. When people read books, they do it to gain knowledge and to find an escape from reality. The same applies when trying to create PR content. People do not just want to hear about the facts and features of a product; they want to know how to use it, how it can affect their lives, and why it was created.

The best way to figure out how to create is story is to visualize what would catch the reader’s attention. While press releases are meant to capture media attention for a company, it needs to be compelling and entertaining enough to keep readers’ attention.

3) Stick to the point

While stories can be long-winded, a press release should have creative elements and be useful and compelling. It should have all the necessary information relevant to the product while also drawing readers in with a creative spin.

The last thing that can set a press release apart from others is grammar. Journalists are sent hundreds of email pitches and press releases daily; the one thing they do not enjoy is getting their time wasted reading a press release that has no clear objective and is riddled with grammatical errors. By sending out media content that has mistakes, it can be devastating to a company.

Before creating the press release, companies need to establish what their public relations goals are. They need to narrow down their efforts so that they can focus on producing quality over quantity content. They can then analyze the influencer landscape, generate content ideas, and start writing their pitch email.

A well-written press release means nothing if it is not sent to the right people. Researching the journalists, influencers, and media outlets that fit their target demographic gives companies a higher chance of obtaining media coverage.

Once they have done their extensive research, they should narrow down the ones that are their perfect media match to create a clear and concise list of journalists and their contact information to begin the outreach process.

A headline or subject line is the first thing that a reader is going to see. It is what grabs attention and intrigues the reader without losing their engagement in the process. For that to happen, the headline needs to be succinct, clear, and easy to understand. For a new product headline, it should not only be attention-grabbing but also mentions a product or service’s unique selling proposition (USP)

Journalists do not like their time being wasted; they want to read a press release that gets straight to the point and is unique. The first body paragraph should be where a company breaks down all the crucial factors like the 5Ws of the product launch and development. Putting all the essential facts first serves as an efficient way to get information out while also retaining the reader’s attention.

The next paragraph can be where companies use their creativity to provide details to the narrative. Adding elements that can connect with the reader is how some press releases succeed above others.

Finally, adding a boilerplate at the end of a press release is essential and should clearly explain what the company does, its contact information, key locations, etc.

Unless a product is boring and non-visual, it needs to have high-quality photos and videos to get noticed. The visual elements should be a part of the press releases rather than being sent as attachments. Instead of that, companies can either include photos in their press release or create a press kit with high-resolution images.

Rather than assuming that a target audience will click a link to a company’s website for more information, companies should include a call to action to tell them where to go. It can be one of the best ways to encourage long-term engagement from their audience.

The best time to send out a press release

After completing all the steps necessary to create a press release, another essential thing to consider is its timing. Frequently, press releases are overlooked because they were lost in the flood of emails journalists and media outlets may receive throughout that period.

While there is no simple answer to when it is the perfect time to send out a press release, some best practices can be followed to maximize reach and visibility.

Depending on the target audience, companies may need to communicate with people all over the world. They may want to catch someone’s attention that may be behind or ahead of their time zone.

Something that can be added to a company’s media list is the media’s outlets’ location to double-check the time zone before sending out the press release so that they are reaching them at recommended and appropriate hours.

Journalists are humans, too; they also want to enjoy the holidays and spend time with their loved ones. It is easily forgotten that special seasons, public holidays, and industry events can affect their media outreach success rate.

Unless a company has timely news related to that specific event or holiday, their press release would often go overlooked because they blend in with the crowds after a few days off.

Past engagement with journalist

Sending a press release to a journalist or media outlet that a company has worked with before definitely increases the likelihood of writing content for the company again. However, if the journalist has already written a story not too long before, it is unwise to send another story so soon. Don’t just put all your eggs in one basket. While the company may seem like a reliable source of information, it can also be seen as bombarding the same journalist. That shows that the company is only relying on that one and may not have enough authority in the market yet.

With that being said, sending out press releases and information about a company is not a one-time thing. The more developed a relationship with a journalist, the more likely a company will be considered a trusted news source. From there, journalists will begin to pick up their press releases and publish stories about them.

Companies should not give up if their story does not get picked up; if that is the case, all they need to do is go back to the drawing board and develop a new and creative way to get media attention.

Always send out the press release

Just because it may not be the right time for the press release or the proper journalist, it does not mean that it should be deleted and forgotten. Whether it is an urgent press release that is newsworthy and timely or merely discusses something important about a company, it is always better to send the press release. It took a lot of time and effort to craft the perfect story; don’t let that waste.

A new product press release is much like any other type because it is a way for companies to get information about their product or service, gain media coverage, and draw in sales. While it can be challenging to pinpoint an exact template of how a press release should be written, some elements should be included as the bare minimum information, and writers can add the creative spin that will set it apart from the competition.