What is Pass-Through Taxation? 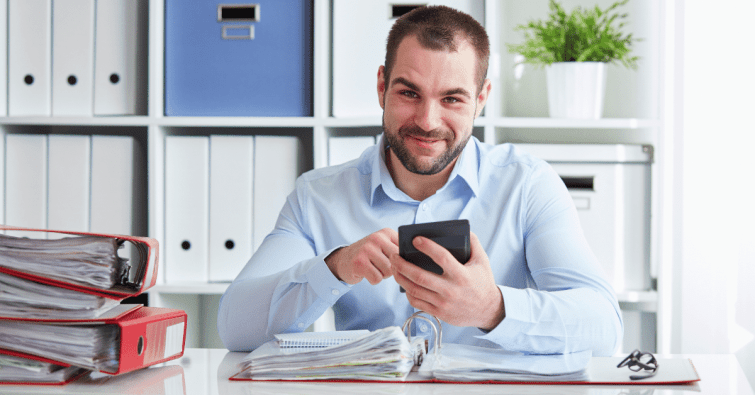 Pass-through taxation businesses like sole proprietorships, partnerships, LLCs, and S Corps continue to increase in number in the U.S., making them a dominant type of business.

Many startup owners wonder about the best form of taxation for their new enterprise. Here are some facts about pass-through taxation and the benefits of choosing an S Corp.

The difference between pass-through and corporate taxation is that pass-through businesses face only one layer of tax compared to the double taxation corporations pay (first at the entity level and then as an income by the owners or shareholders after receiving dividends).

Also, pass-through business owners must pay an annual tax on their entire business income. In contrast, C Corporation owners can defer the tax by not withdrawing their share of the corporate income.

Taxation Difference Between an LLC and S Corp

One of the reasons some LLC owners choose the S Corp tax designation is to pay tax as employees of the enterprise, allowing them to save on self-employment taxes. The tax designation also enables them to contribute to their retirement and health insurance pre-tax.

S Corp owners pay income tax on the rest of their distributions according to their tax bracket. However, if they choose the default LLC tax status, they pay employment and income taxes on their whole income.

Yet, S Corp status does not save all businesses money, especially if they don’t make enough profit to pay the owners a reasonable salary and make annual distributions of at least $10,000.

Small businesses that need to reinvest profits for their growth should prefer the default LLC tax status. 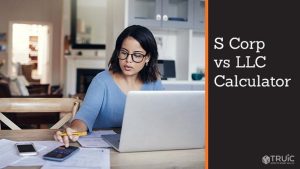 C Corporations have a flat tax rate that is currently at 21%. Once shareholders receive their distributions, they declare them on their personal tax return, paying tax on the income according to their tax bracket.

Careful consideration is required before a corporation chooses S Corp status because this negates some of its essential benefits.

Requirements and Disadvantages of an S Corp

S Corps do have some specific requirements and restrictions. These include up to 100 shareholders only who are U.S. citizens or permanent resident aliens. In addition, no business entity can own an S Corp, and it can only issue one class of stock.

An S Corp can only be a domestic corporation with a board of directors, and everyone must agree to the S Corp status. Furthermore, they must record minute meetings and meet the specific deadlines of the IRS.

TRUiC’s S Corp tax calculator can help determine if your business will save by choosing the S Corp tax designation.

First, determine a reasonable salary for your work designation in the business by researching similar salaries online. Next, make a conservative estimate of the company’s annual net profit. Finally, add the two amounts to the calculator to determine if you meet the criteria to save from the tax designation.

Suppose your business meets the S Corp requirements and can pay you a reasonable salary and at least $10,000 in annual distributions. In that case, it will likely meet the added cost of maintaining the tax designation.

The S Corp status is easy to elect. The process is done through the IRS by filing Form 2553 when getting an EIN or at a later stage.

Pass-through taxation allows business owners to pass their income and losses onto their personal tax returns but only pay one layer of tax, compared to the two paid by corporations. Besides sole proprietorships and partnerships, an LLC, with its default pass-through taxation, is another popular business entity in the U.S. However, LLCs and corporations can also choose the S Corp tax designation, a tax status from the IRS, allowing domestic companies that meet other requirements to save money on self-employment taxes.