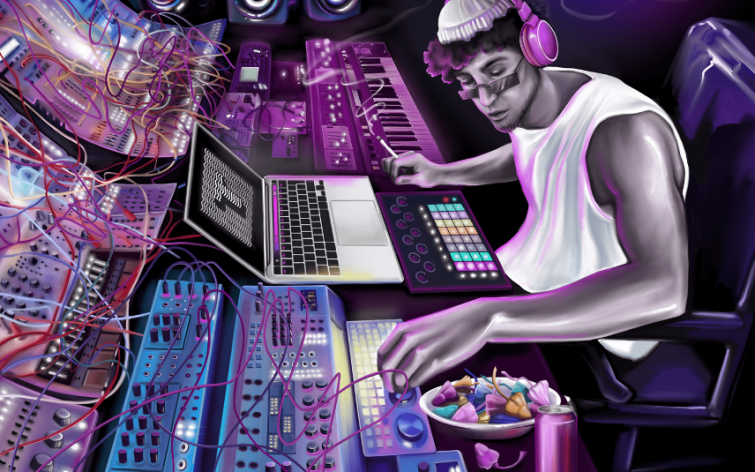 NFTs have been making waves with all types of creative works including music albums, since 2020 when their market value increased. There has now been a massive intersection between the art world and cryptocurrency with NFTs redefining the concept of ownership in the digital age. Once assigned only by accepted blockchain clearing houses, they now allow buyers to own artwork or music which is copied on hard drives and servers around the world. NFTs work by attaching digital signatures to art or music, permanently marking them as original, official, and unique. 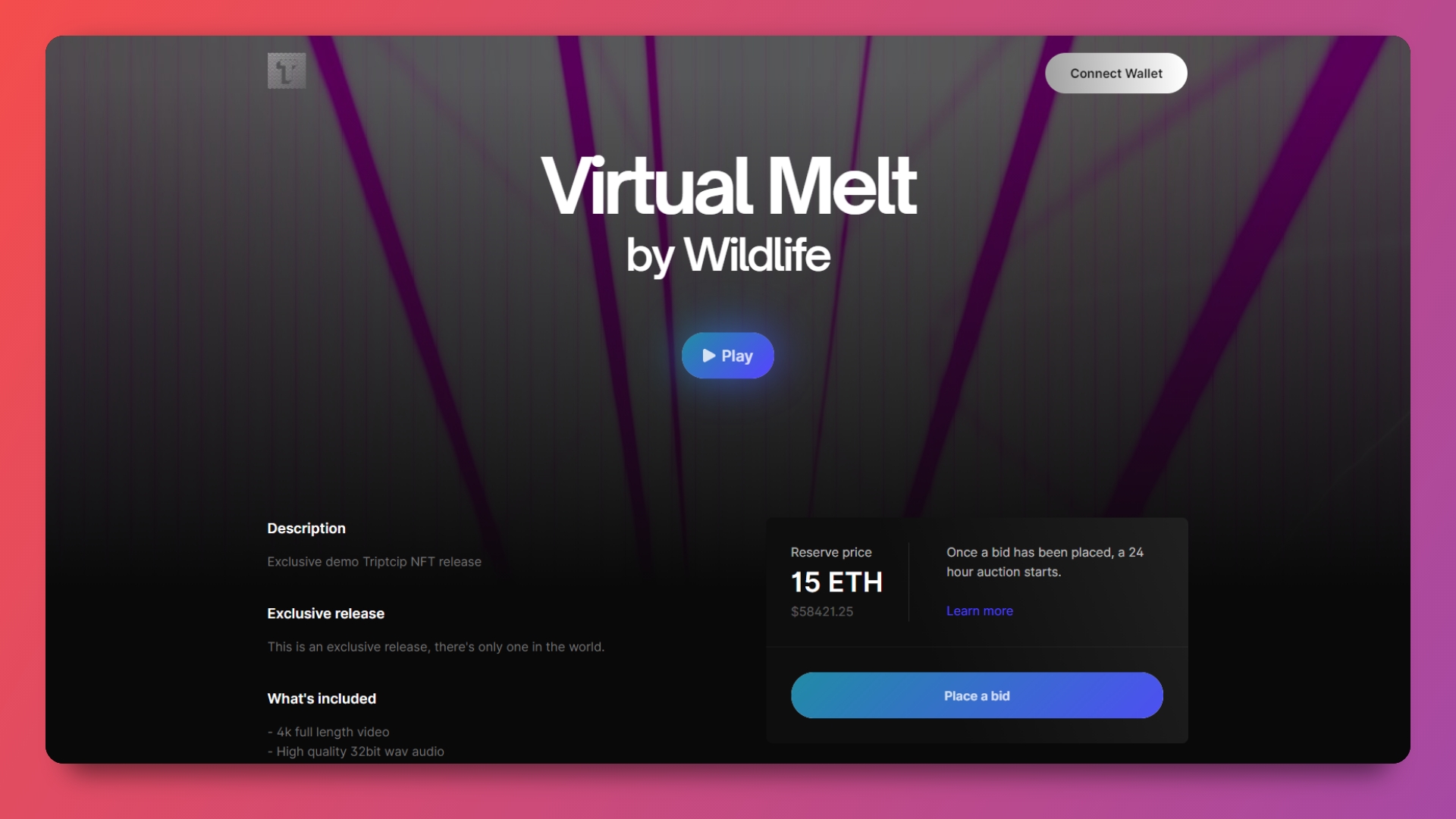 In the music industry, songs, albums, music videos, live streams, interviews, and merch could all be purchased and sold as NFT collectibles through blockchain (a type of public database that exists across multiple computers in a network). In fact, NFTs could provide digital files with the same value that signed LPs do because of their rarity and symbolic significance. Even if the item isn’t rare, the token is, which adds to its value.

There has recently been considerable discussion on how artists can utilize NFTs to construct and monetize a superfan community, with fans purchasing an NFT “ticket” or “access pass” to join the artist’s community. Instead of paying to join a community (like they can on other creator platforms like Patreon and Twitch), fans would sell their NFT to another bidder who was interested in joining the community.

Who can use NFTs?

The question that people do have is whether NFTs are designed solely for artists or whether they can also be used by fans who want to be a part of their favorite artists’ work in new ways. Owning a piece of the creative process means that fans don’t have to sit on the sidelines and watch artists produce from afar. Even so, owning an NFT does not always imply ownership of the original work. An NFT is a token of the original work that has “minted”. When fans buy an NFT, they get a token that holds the digital music file or artwork, as well as proof of authenticity from the artist (usually the artist’s signature) and the ledger (since it’s powered by blockchain). Each NFT has a unique identification code and metadata that distinguishes it from other tokens, and its origin is tracked on a blockchain.

Unlike cryptocurrencies, NFTs cannot be traded or exchanged.  In theory, when fans purchase an NFT of a digital work, they are purchasing instant verification of the piece’s validity. NFTs are frequently sold directly by the artist to increase fan appeal, and are typically restricted in quantity. So far, NFTs appear to be one-of-a-kind or part of a limited run of the original work. An NFT is frequently sold before the original work is publicly available to buy or listen to in the case of music. NFTs are the collector’s item of the digital era. Their uniqueness and exclusivity contribute to their value and attraction.

For artists, NFTs have the ability to transform the tracking and payment of royalties by using blockchain technology to record ownership and split royalty payments at the time of ideation and creation. This wouldn’t happen if they were to use a middleman or a streaming platform. They could also gain better transparency and fractional rights. Additionally, ownership issues would be less complicated.

Music has gradually evolved from vinyl records, cassette tapes, and CDs to MP3 devices which help anyone to enjoy their music at the touch of a finger. Artists can now reach hundreds of millions of listeners thanks to advances in communication technology. However, many of them aren’t earning much money from their art. Today’s biggest boosters of the music industry are digital streaming businesses which make tens of millions of songs available to anybody with an internet connection.

However, because most of these businesses are funded by commercials and subscriptions, the music industry has suffered greatly. While music is reaching a wider audience, it has become a commodity that advertising, music distributors, and streaming services can profit from. Not only are musicians underpaid, but listeners are also forced to pay a premium on these streaming platforms. At least if they do not want to be bombarded with a 30-second ad every time they play a song or two.

In an effort to help artists embrace new creative ideas and have a high level of transparency with their fans, Triptcip has developed a creative NFT hub for electronic music. This hub is designed to solve the problems that music artists are currently facing. As mentioned previously, most artists had to rely on middlemen to deal with everything from creating visuals to distribution.

Now, with Triptcip, it is possible for music acts to create stunning visuals for their music without having to rely on visual artists and auction them off to generate an independent income stream.

If you want to be among the first to learn about their artist line-up or get more information about their NFT hub, subscribe on Triptcip’s website for updates.

Triptcip has developed a unique visual sequencing tool – Void – which lets music artists create dynamic, trippy visuals for their music without leaving their browser. Void is a lot of fun and a creativity gold mine. The tool offers over 7,000 customizable, psychedelic visuals, which can all be blended, tweaked, mixed, and looped in interesting ways. The upcoming expansion for integrating images, 3D models, and text, will provide even more flexibility for artists to create truly unique visual experiences. 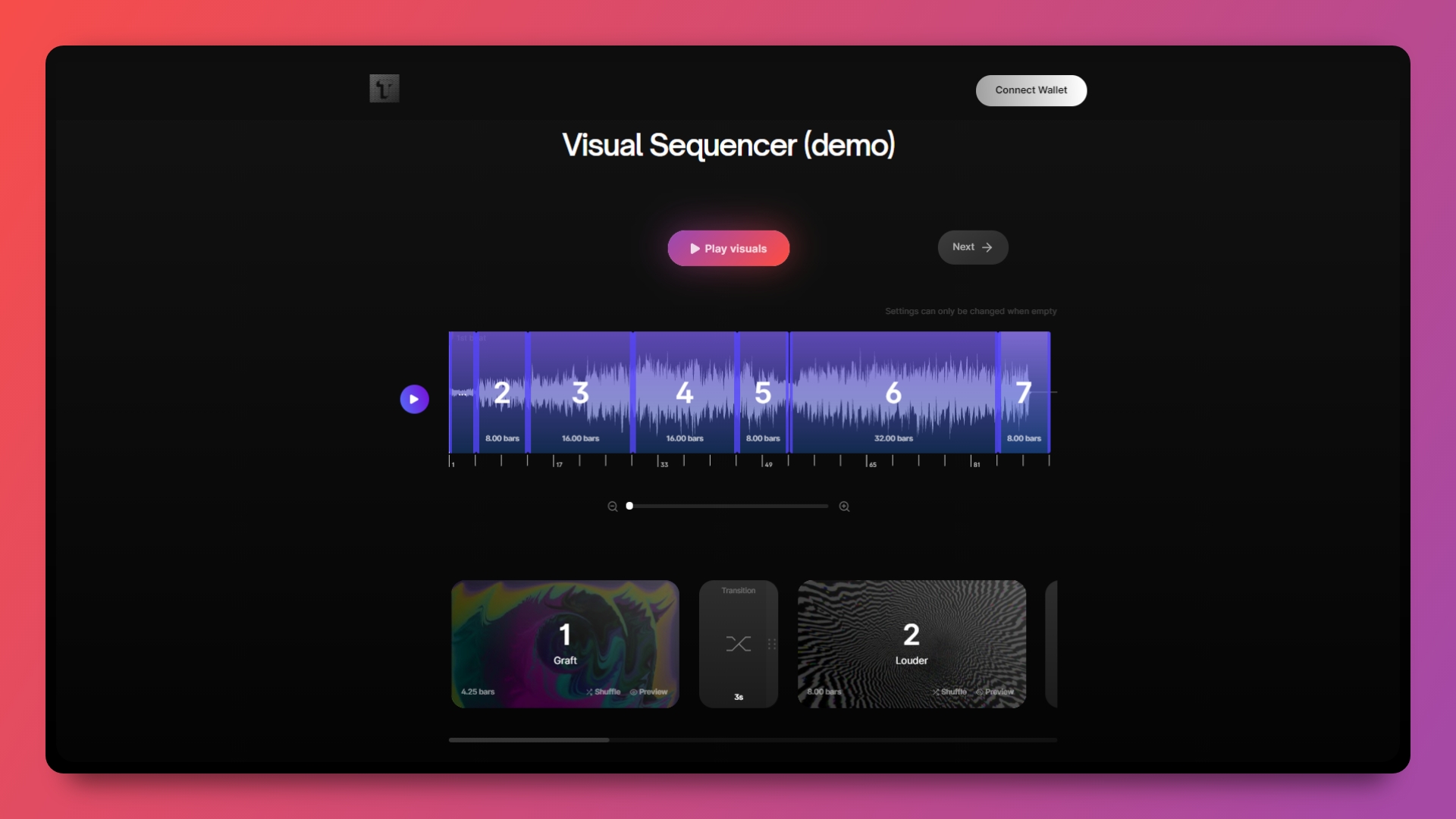 The Triptcip team is comprised of dedicated web and crypto developers with a passion for electronic music, music production, visual art and cryptocurrency. Their mission is to liberate artists and create a unique experience by combining the worlds of music and crypto. Their hub is fully built and will launch in July 2021. Triptcip is poised to become an NFT host platform for the many talented electronic music artists out there.

While NFT technology is still in its very early stages, it has great potential. All that the experts need to do is adapt and improve on it. The music industry is currently at a crossroads and there are plenty of directions it can go, especially digitally. A lot of artists want more representation, either financially or creatively. NFTs have the potential to solve that problem.

Keep up with what’s new at Triptcip on Instagram.