Top Media Journalists to Cover your Story in 2021 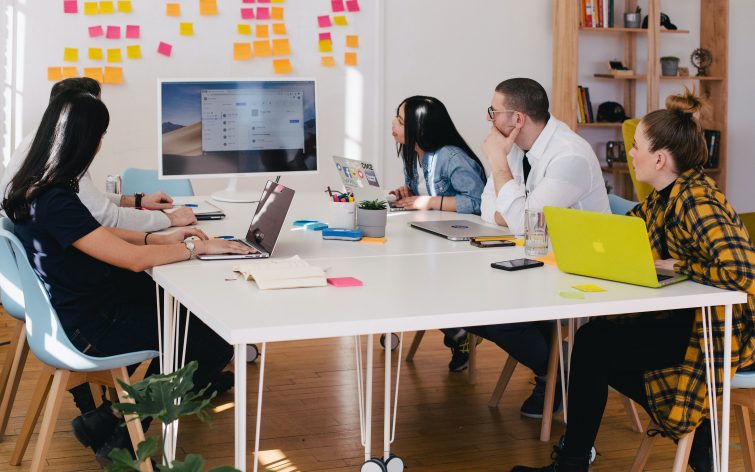 If you want to do successful media outreach, then knowing the top media journalists in your industry is just as important as having a newsworthy story to share. It’s quite easy to use a media database to find journalists to reach out to with your story. Even so, it’s important to pick journalists who are a good fit for your brand.

So, how do you pick someone who will be a good fit?

How to choose a media journalist

Picking the right person to pitch to might seem very easy at first. Most communications specialists go for the journalists with the biggest audiences, because they feel this guarantees them access to more people.

What are these factors? 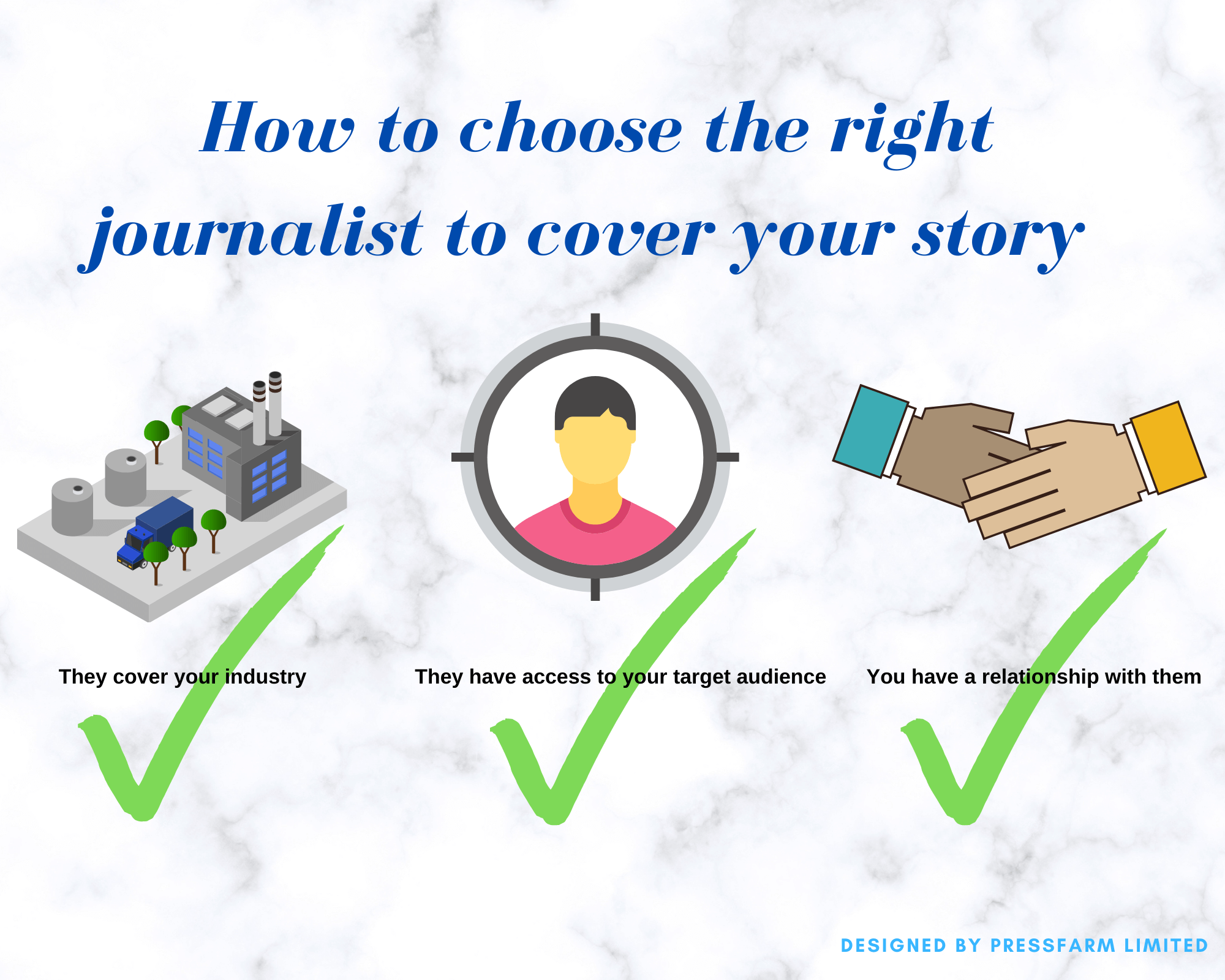 Ideally, you should pitch your story to a journalist who writes about your industry or area of specialty. If the journalist’s beat doesn’t match your field, then you’ll find yourself wasting a lot of time and effort. After all, a finance journalist won’t be interested in writing about your fashion startup unless there is a financial aspect to your story.

In order to save both you and the person you’re pitching some time, find out what their beat is before you pitch a story. Read recent stories which they’ve published. Is your story within their area of interest? If it isn’t, then you might want to look for someone who would be more interested in writing about you.

It’s important to make sure you’re pitching your story to journalists who will help you get to to the people who you’re trying to reach. Pitching to someone with the wrong audience for your product is a waste of time for both you and the journalist themselves. At the end of the day, the journalist also wants to produce content which is valuable to their audience. For this reason, before you reach out to a journalist, you need to make sure their target audience is in line with yours.

In order to build positive long-term relationships with journalists, you must reach out before you even have a story to pitch. Comment on the stories they publish or initiate a conversation based on their social media posts. It also doesn’t hurt to help them with a story at a time when it doesn’t benefit your brand.

A journalist who remembers that you connected with them at a time when you didn’t need any favours is more likely to help when you want them to write a story about your brand. For this reason, you should do your best to pitch to journalists who you already have a prior relationship with.

Top media journalists to write about your startup in 2021

To make it easier for you to find the best fit for your startup, we have broken this list down by four industries: business journalists, finance & economics journalists, cryptocurrency journalists and travel & lifestyle journalists.

Biz is a San Francisco-based staff reporter at Protocol. This is a website which covers the people, power and politics of tech. She writes about startups and venture capital. Before her time at Protocol, she co-edited the Forbes Next Billion-Dollar Startups list.

You can find Biz’s articles in:

Steven is a freelance reporter based in Berlin. He writes about media, politics, business, and culture. He also writes about business for Business Insider.

You can find Steven’s articles in:

Tom is a London-based business correspondent at the Daily Mail. He not only covers breaking new, but also runs exclusive investigations in retail, leisure, consumer and gambling.

You can find Tom’s articles in:

Jason isn’t just the editor-in-chief at Entrepreneur magazine. He also hosts two podcasts: Problem Solvers – stories about entrepreneurs solving unforeseen problems that arise in their businesses, and Pessimists Archive – a look at innovation across history.

You can find Jason’s articles in:

Jeff is a Toronto-based staff editor at Fast Company, where he writes about advertising, marketing and brand creativity. He’s excited about stories which cover branding, culture, technology and where they all meet.

You can find Jeff’s articles in:

Amanda is a millennial finance expert and a sales & marketing coach. Her blog has been voted the best in South Florida. She is also the author behind the bestseller “Make Money your Honey.”

You can find Amanda’s articles in:

Stephanie is senior executive editor for economics at Bloomberg and head of Bloomberg Economics. Previously, she has served as Chief Market Strategist for Europe at J P Morgan Asset Management in London and and BBC Economics Editor. In addition, she was Senior Advisor to US Treasury Secretary Lawrence H. Summers and an editorial-writer for the Financial Times. She has also worked as an economist at the Institute for Fiscal Studies and London Business School.

You can find Stephanie’s articles in:

Rebecca is an Emmy Award-winning Economics correspondent for ABC News and writer for Good Morning America. She also hosts two podcasts. In ” No Limits with Rebecca Jarvis,” she talks to female entrepreneurs about what it takes to succeed.  Similarly, in “Real Biz with Rebecca Jarvis,” Rebecca interviews the biggest names in Hollywood, business, tech, fashion, comedy, food, sports and startups.

Rebecca is passionate about all things business, technology and economics. She has also worked in investment banking and foreign currency trading.

You can find Rebecca’s articles in:

Jesse is a senior reporter at ProPublica, where he covers Wall Street and finance. In addition, he is a regular columnist for the New York Times “Dealbook” section. In April 2011, he was awarded the Pulitzer Prize for National Reporting after writing about Wall Street practices that made the financial crisis the worst since the Great Depression. He is also author of “The Chickenshit Club” – a book about why the Justice Department fails to execute executives.

You can find Jesse’s articles in:

Michael is the founder of TechCrunch, CrunchBase and Arrington XRP Capital. He’s passionate about stories related to technology and finance.

You can find Michael’s articles in:

Maria is the founding editor at The Brick House and Popula, both journalist-owned organizations. She is also a Columbia Journalism Review public editor for MSNBC.

You can find Maria’s articles in:

Ian is the cofounder of CoinJournal, one of the leading cryptocurrency blogs. He is a freelance writer for CoinDesk as well as the author behind The Bitcoin Guidebook.

You can find Ian’s articles in:

As executive editor at CoinDesk, Marc enjoys writing about the evolution of money in today’s digital age. As editor-in-chief at American Banker, he was one of the first reporters to cover cryptocurrency and blockchain technology.

You can find Marc’s articles in:

Nathaniel is a San Francisco-based finance and technology reporter for the New York Times. He’s also the author of “Digital Gold” – a history of bitcoin and blockchain.

You can find Nathan’s articles in:

As a reporter at TechCrunch, Jon Russel enjoys writing about tech in Asia and has an interest in cryptocurrency.

You can find Jon’s articles in:

Lindsay has experience as a travel and lifestyle journalist, content strategist and editor. She produces content for C-level executives, travel agents, dating sites and beyond.

You can find Lindsay’s articles in:

Forbes has named Johnny Jet “the original travel influencer.” He travels 150,000 miles and visits over 20 countries every year. He has over 10,000 mentions in major publications.

You can find Johnny’s articles in:

He has also been featured on:

You can find Dave’s articles in:

Dave’s blog has earned mentions in:

Dave’s Travel Corner also features among the top 15 travel blogs on the planet in Everything-Everywhere.

Scott is the writer of the Middle Seat column in the Wall Street Journal about airlines and travel. He also runs the Middle Seat Terminal blog. He has covered the airline and aviation beat for over 18 years. He enjoys talking about the changes in airline travel.

You can find Scott’s articles in:

As a globetrotter, Lavanya is a freelance travel writer based in New York and has a decade of experience as a travel and eco-lifestyle writer and editor. She writes about travel, pets, animal welfare, conservation, wildlife, health, outdoor recreation, and small-ship cruising.

You can find Lavanya’s articles in:

This list should be a good starting point to help you build your own media list. Ultimately, with the right contact list, you should be able to  capture a journalist’s attention with your email pitches.