Top 20 Crypto Influencers and Why They are Important in 2023 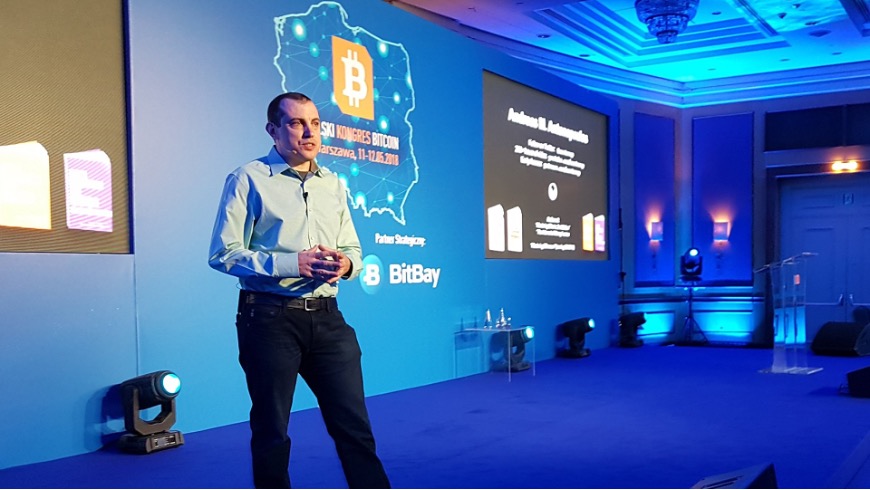 At this moment, cryptocurrency has become more than just a buzzword, and crypto influencers have become popular among developers. While it has only recently gained popularity, the cryptocurrency industry has been around since 2009.

In fact, the technology that drives cryptocurrency has existed since the 1980s and 1990s. Moreover, people have been making attempts to create digital currencies for just as long. DigiCash was the result of one of the first attempts to establish a digital currency in the 1990s. Fast forward to 2009, when Bitcoin, the first cryptocurrency, was created. We now see a slew of new cryptocurrencies every month. At the moment, we have over 10,000 different cryptocurrencies, with a total market capitalization of $1.7 trillion. Bitcoin, Ethereum, Tether, Binance Coin, and Dogecoin are some of the most popular cryptos, with market capitalizations in the billions of dollars.

With the rise in popularity of cryptocurrencies, plenty of new people are trying to get in on the action. We have news and articles explaining what cryptocurrency is, how it works, and the latest market trends. However, without information about how to work with crypto influencers, we may be missing out on valuable insights into the crypto industry.

Fortunately, thought leaders and crypto pioneers have taken to the internet to share market insights and perspectives with a global audience. This helps investors and those considering jumping on the crypto bandwagon to stay up to date on everything crypto.

In this article, we will look at some of the top crypto influencers who exist in the industry to educate the public about various trends in the industry. Using these contacts, you can also establish valuable connections that can result in positive media coverage.

The King of Crypto Influencers on Twitter, an outspoken supporter of bitcoin and dogecoin, has amassed such clout that a single, one-word tweet from him can make or break a currency. In fact, he’s recently sent investors on wild roller coaster rides with his tweets. Clearly, he’s the type of crypto influencer to keep an eye on if you don’t want to miss out on the latest news. 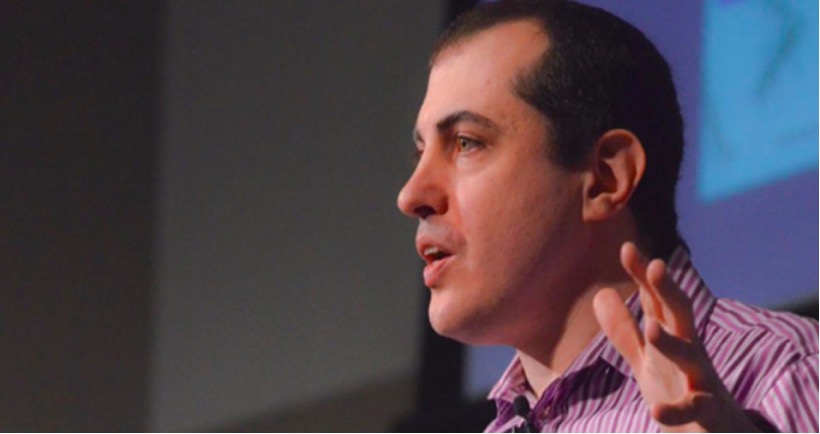 With an extensive list of best-selling publications (The Internet of Money, Mastering Bitcoin), this tech entrepreneur and open blockchain expert has long been regarded as a trusted and unbiased educator in the crypto community. He’s also the co-host of the wildly popular podcast, Speaking of Bitcoin. In this podcast, he delves into the technical aspects of digital currencies, the future of decentralized finance, and the rise of neo-banking. He also talks about NFTs, and, of course, the good ol’ BTC. Antonopolous made his name as an early adopter of digital assets and the blockchain, making him one of the few true crypto experts in an industry flooded with wannabe gurus. 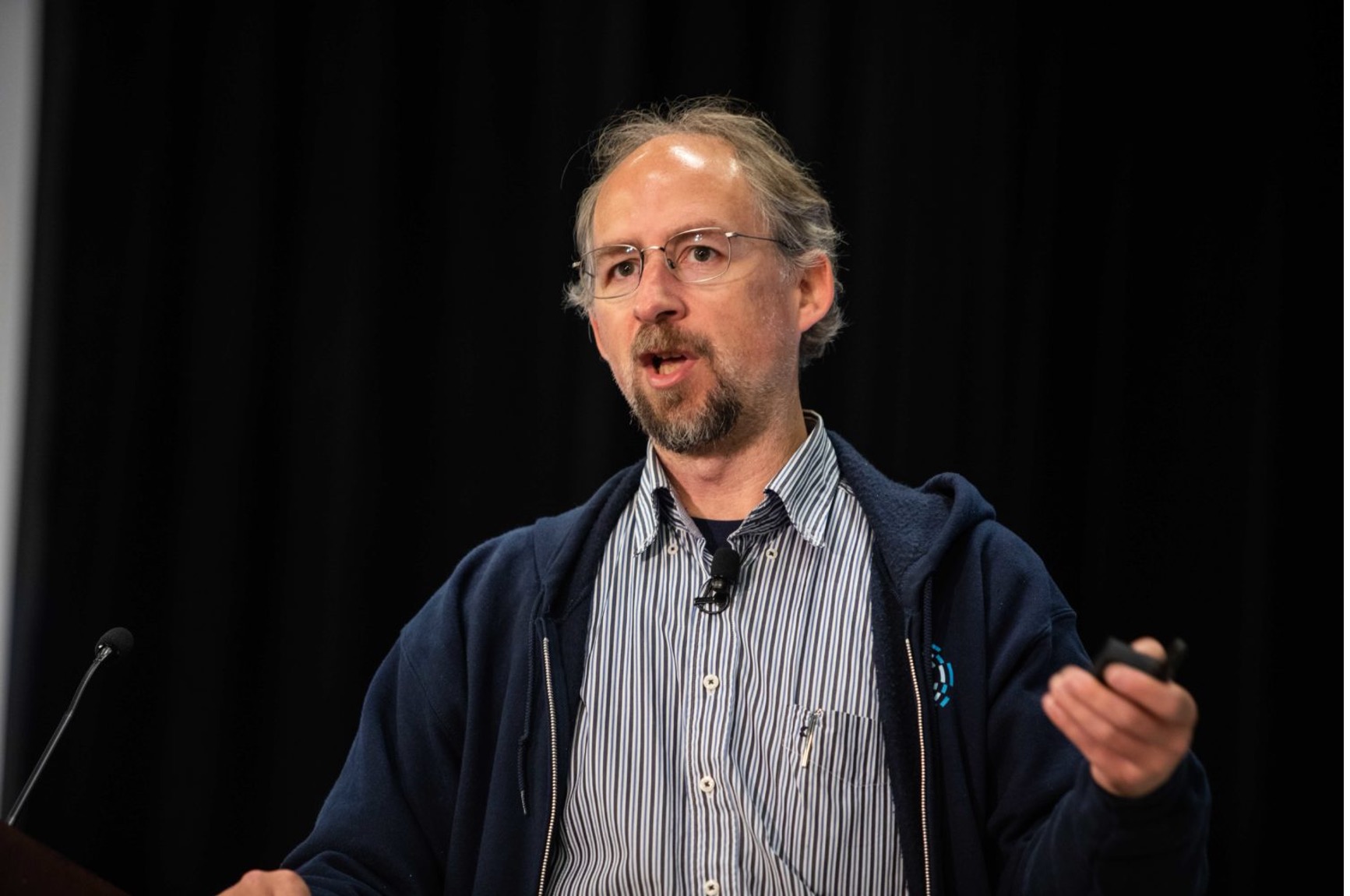 Adam Back, a pioneer of early digital asset research and adoption, is best known for inventing the proof-of-work system Hashcash back in 1997. He has now used Hashcash for cryptocurrency and blockchain verification. He invented HashCash through Blockstream, a leading blockchain technology company of which he is the CEO and co-founder. He has also contributed to some of the world’s most revolutionary crypto-financial infrastructures. The company is putting a lot of effort into developing distributed ledger technology (DLT) and other cryptocurrency projects. Working as a cryptography advisor specializing in security architecture, peer-to-peer systems, distributed file systems, protocol design, and cryptography protocols has also helped Back establish his reputation as a top crypto expert. 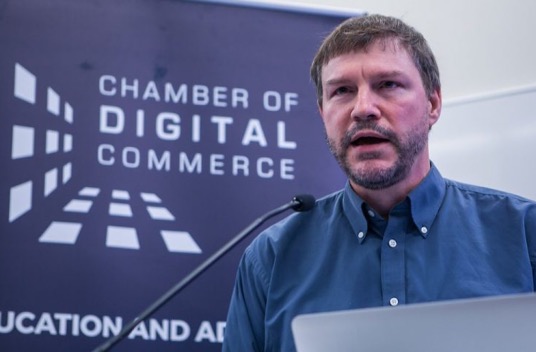 BitGold, one of the first digital currencies, was created by Nick Szabo in the early 2000s and was one of the first digital currencies. Many people in the cryptocurrency community believe Szabo is none other than Satoshi Nakamoto, the enigmatic founder of Bitcoin. Szabo has denied this claim to fame, but among the many accomplishments that have made him a crypto legend is the development of smart contracts. Szabo is well-known for his political views on cryptocurrencies, frequently speaking on the topic of cryptocurrencies replacing fiat currency as a way for countries to circumvent international sanctions. 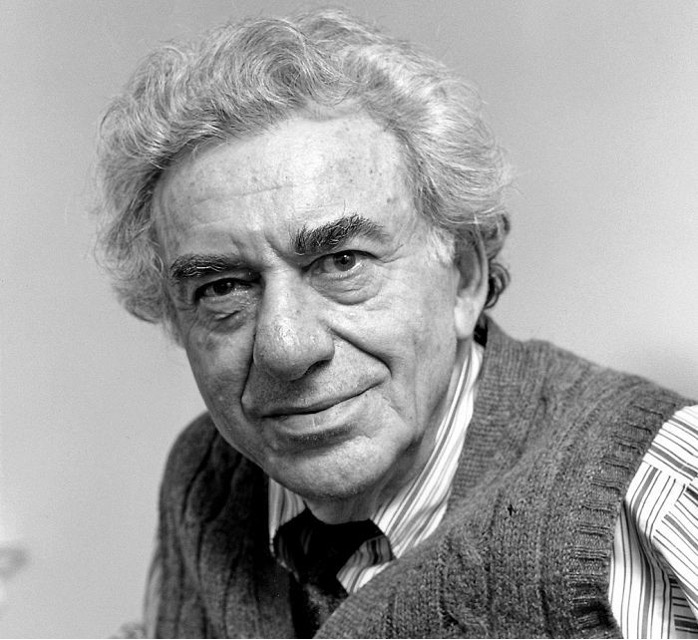 CryptoCred is a self-employed Twitter educator and technical trader who has built a sizable online following by providing daily market analysis and trading advice. All of his content is free and available on a variety of platforms, including Twitter. 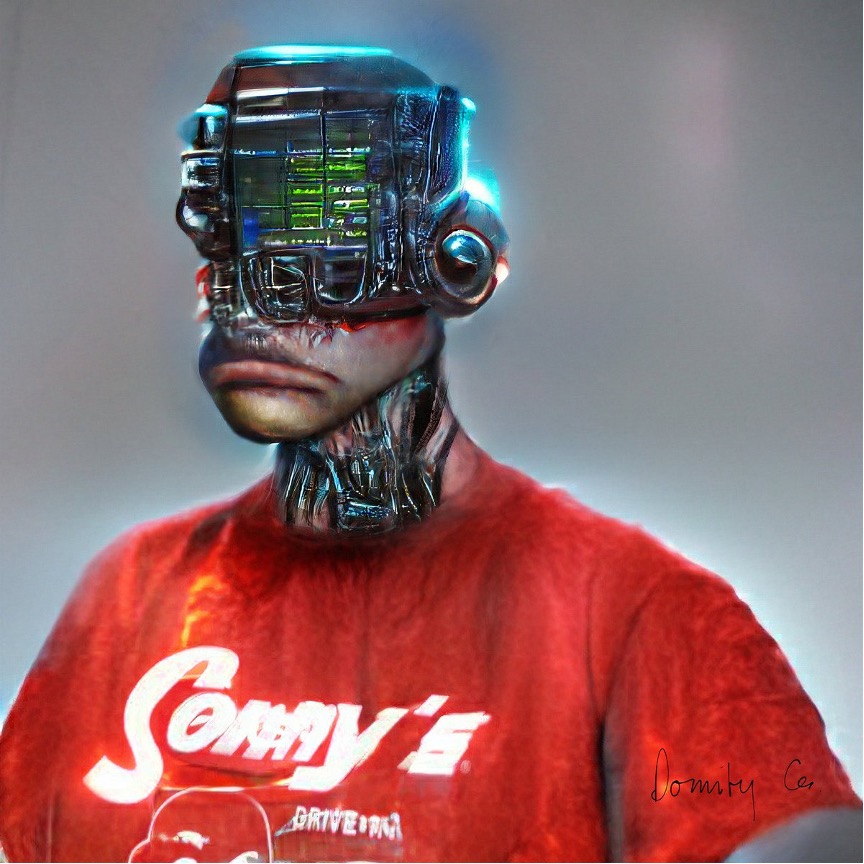 Notsofast brings a wealth of educational content and cryptocurrency market tidbits with him. He’s been around since the beginning of cryptocurrency. He has also become a frequent commenter on Bitcoin. Ethereum, Syscoin, and niche crypto economies like Parkbyte. Notsofast is also a cryptocurrency miner. You can find his opinions about the crypto space on several YouTube channels and on Twitter. 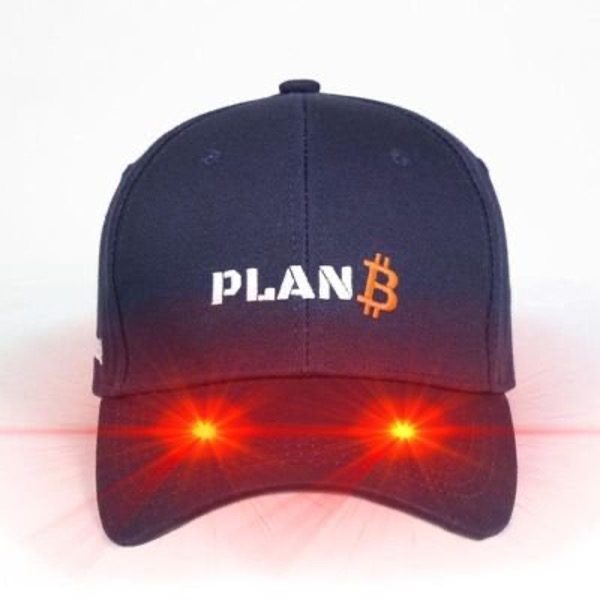 If you’re looking for a blockchain and cryptocurrency influencer who knows his stuff, then PlanB should be your Plan A. PlanB, who uses a pseudonym, draws on two decades of experience as an institutional investor before transitioning to the world of cryptocurrencies and becoming one of its most well-known investors and advocates. He is also known for popularizing Bitcoin’s Stock-to-Flow price prediction model, which has repeatedly proven to be accurate. PlanB has made some bold market predictions based on this, the most notable of which is that BTC will hit $250,000 or higher in the near future. 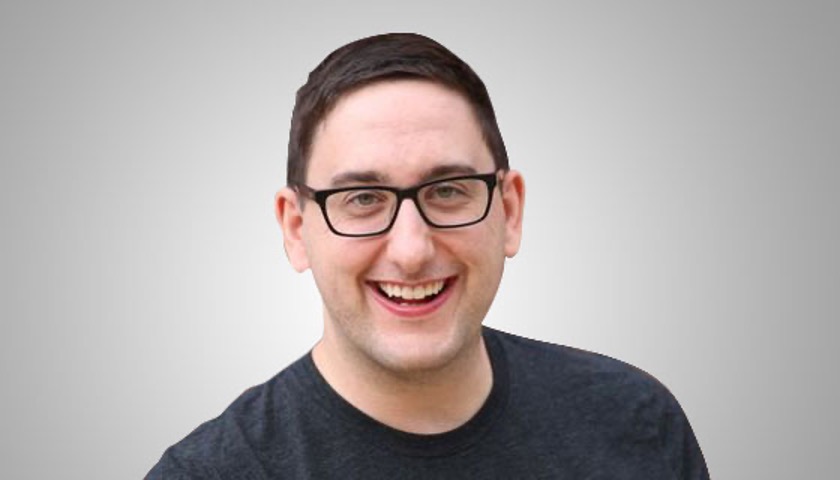 Josh Olszewicz (aka CarpeNoctom) is another gem you should follow on social media if you’re into technical analysis trading. After stumbling across cryptocurrencies by chance on Reddit, this self-taught trader bought his first digital currency in 2013, and then famously predicted that Bitcoin would hit $33,000 by July of 2018. Yes, he’s known as the 33k Guy, and his fans adore him for it. Josh uses his Twitter account to share relevant information about current events, news, trading tips, and memes. 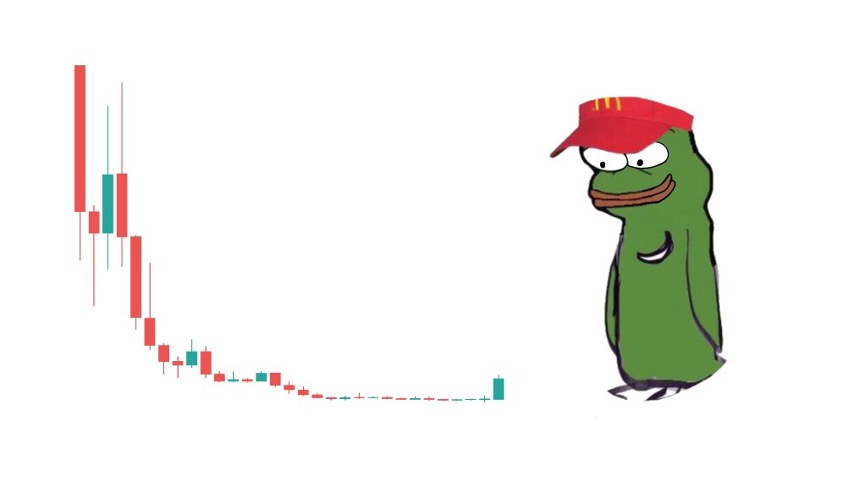 Starburst, also known in the crypto community as Inversebrah, can only be described as a crypto memes connoisseur. Starburst’s online persona brings a satirical and comical twist to the often overly serious and overcomplicated debate on cryptocurrencies, much to the delight of his thousands of followers. Starburst’s popularity is only rising, so you might want to follow him for a laugh or two. 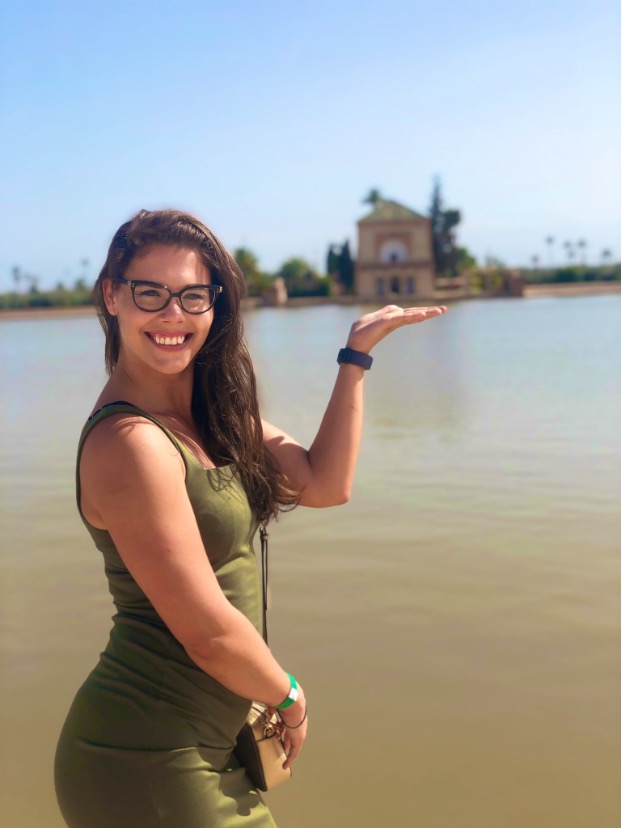 Sara is a rare female face in the crypto space and one of the community’s most outspoken advocates. She’s known for heading projects like the Altcoin Buzz Ladies YouTube channel. Here, she discusses cryptocurrency news, provides market analysis, and provides a platform for alternative viewpoints in the world of blockchain. 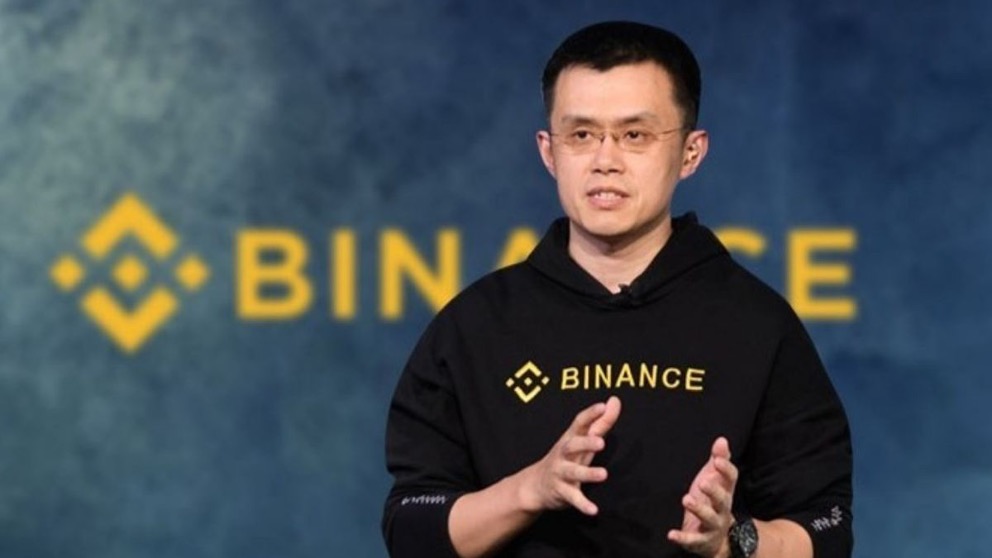 This business executive, who goes by the moniker “CZ,” is the founder and CEO of Binance, the world’s largest cryptocurrency exchange. CZ has a strong track record in software development and trading for Bloomberg. He was also successful with his work at Blockchain.info before he moved on to launch his own company. He frequently shares his wealth of knowledge on Twitter, earning him a place on this list of crypto influencers. 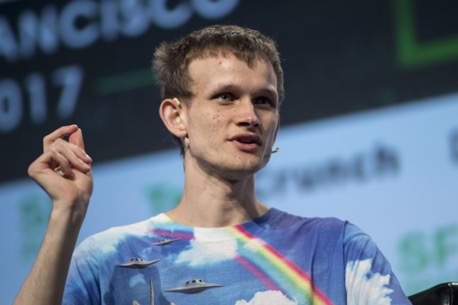 Thanks to his outspoken and opinionated views, the co-founder of Ethereum (and the world’s youngest known crypto billionaire) has a massive online following. The Canadian-Russian programmer isn’t afraid to stir up controversy about some of the crypto industry’s most contentious issues, and he’s been praised for confronting sensitive issues head-on. His platform allows him to prioritize pragmatism and principles over crypto politics. Buterin has also established himself as a leading crypto philanthropist, donating large sums to important causes. 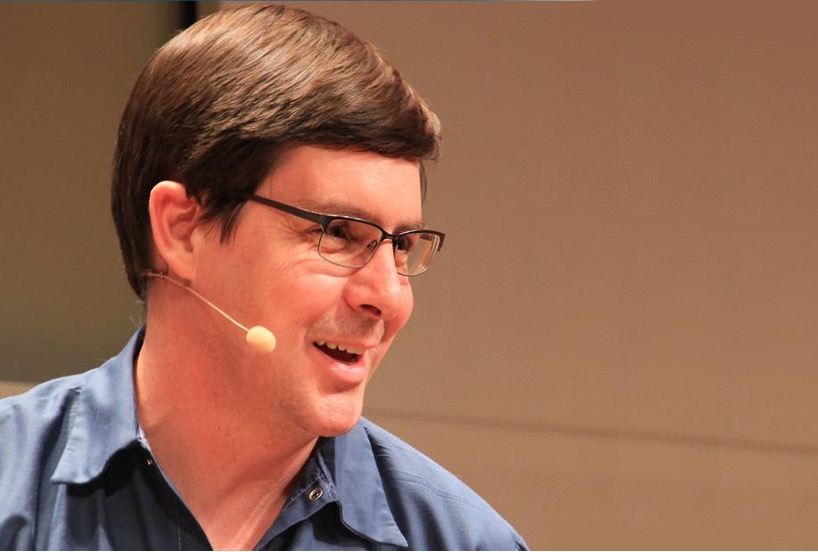 Gavin Andresen was Satoshi Nakamoto’s right-hand man, taking over from the Bitcoin founder after his abrupt departure from the project in 2010. He is best known for his crucial contributions to the development of Bitcoin during its early stages. Andersen went on to become the face of Bitcoin as it rose to prominence in the mainstream. He has since gone into semi-retirement, but he continues to play a significant and influential role as Chief Scientist at the Bitcoin Foundation. 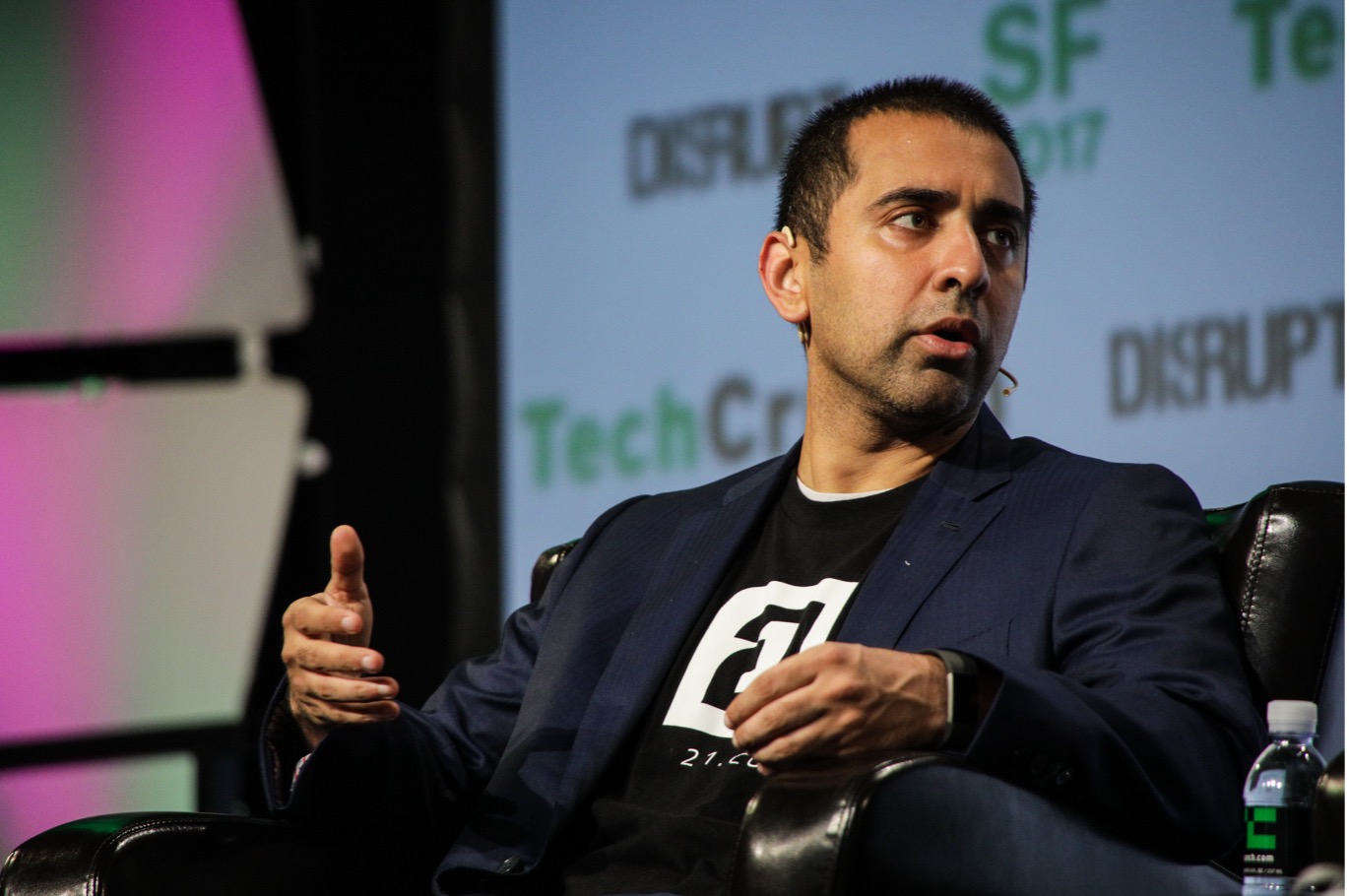 The former Coinbase Chief Technological Officer (CTO) is well-known in the digital community as a seasoned angel investor who backed crypto and blockchain startups before they became major successes (Ethereum, Coin Center, Earn.com). Thanks to his contributions to the industry, both Forbes and the Wall Street Journal have named him one of the world’s most influential figures in finance and technology. He’s a frequent Twitter user, weighing in on topics ranging from cryptocurrency to politics, medicine, and current events. Make sure not to miss any of the bold predictions from one of the world’s top crypto influencers. 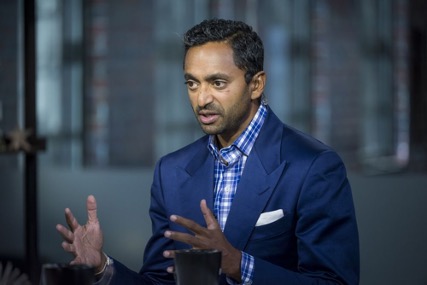 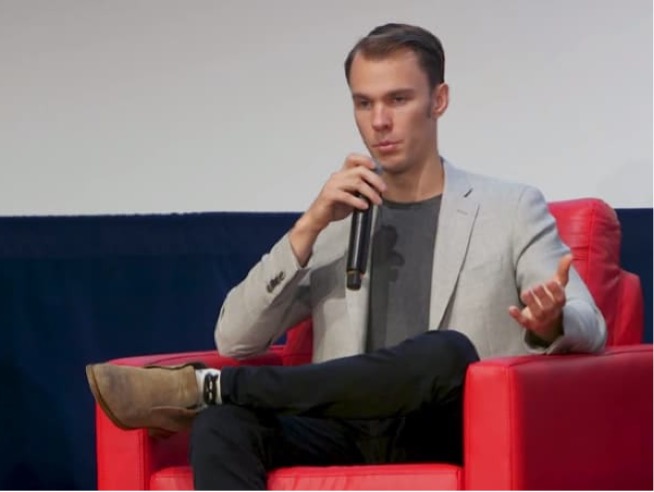 This former Goldman Sachs trader, who turned his attention to digital currencies and the blockchain over a decade ago, co-founded Coinbase, the largest crypto brokerage in the United States. He has remained upbeat about the future of digital currencies, claiming that “crypto is only getting started.” Like every other influencer on this list, Ehrsam is a frequent Twitter user. 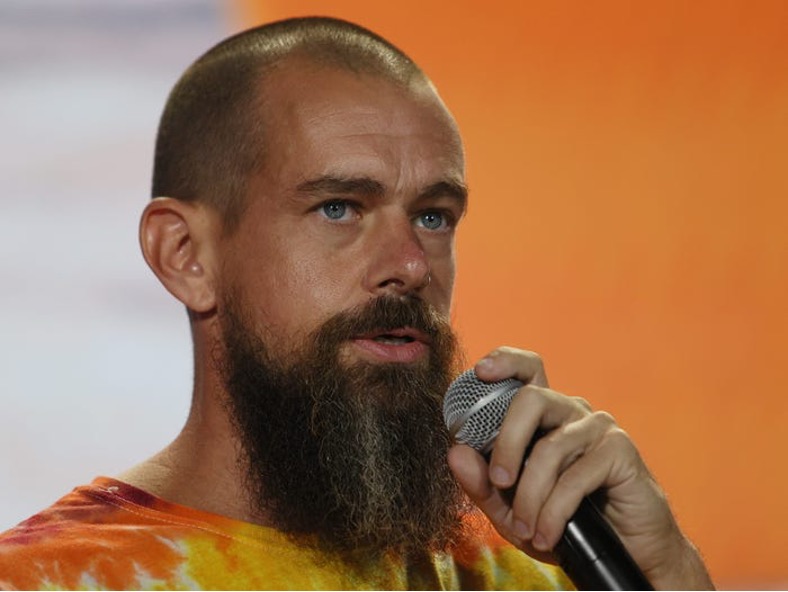 Needless to say, Jack Dorsey is a household name that needs no introduction. As a longtime bitcoin advocate, the Twitter founder spends a considerable amount of time tweeting about cryptocurrencies and has become a leading voice for more sustainable practices in the industry. 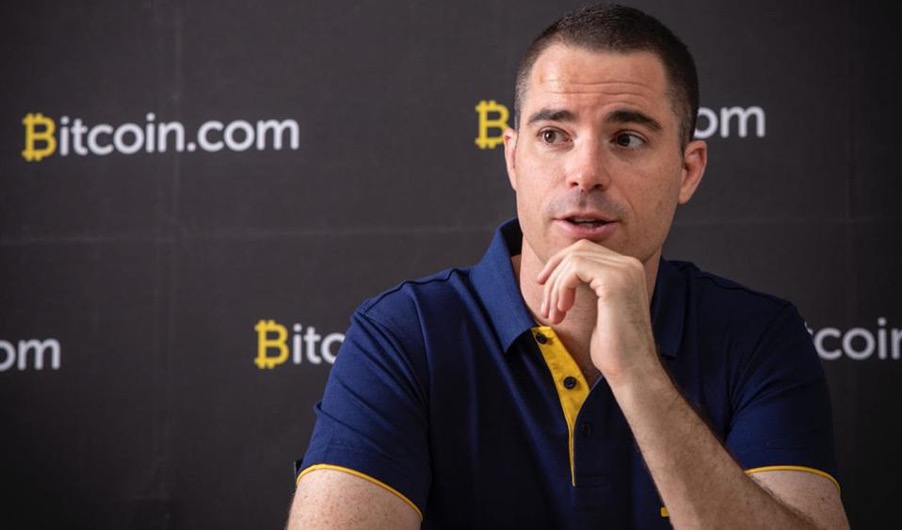 He has about 720,000 followers on Twitter, and his feed has become a valuable source of the latest news and information on Bitcoin and crypto. He also comments on issues surrounding Bitcoin and Bitcoin Cash, ethical considerations, and drops occasional pearls of wisdom. 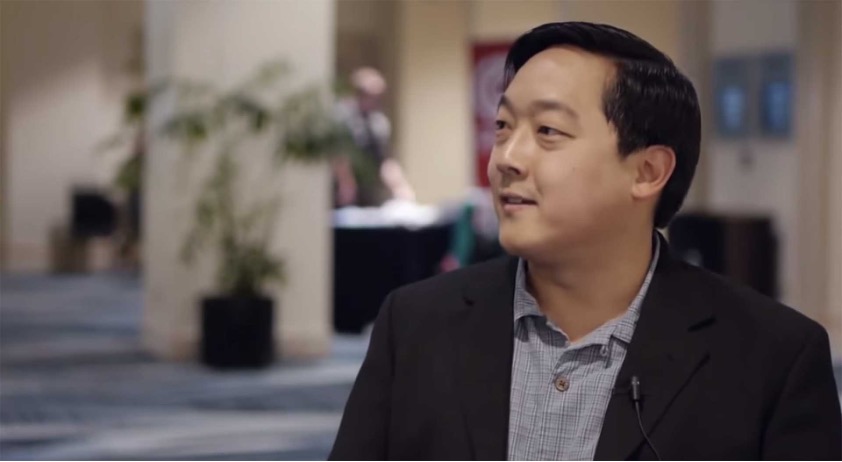 Charlie Lee, the founder of Litecoin and former Director of Engineering at Coinbase, has nearly a million Twitter followers, making him one of the most well-known crypto authorities. Lee updates his Twitter account with the latest Litecoin and Litecoin Foundation news, as well as crypto-related articles. He occasionally posts memes and comic strips that make cryptocurrency news and issues more approachable and entertaining.

Lee, one of the most dependable sources of information on crypto and how it works, has recently joined the Board of Directors of BTCS Inc. 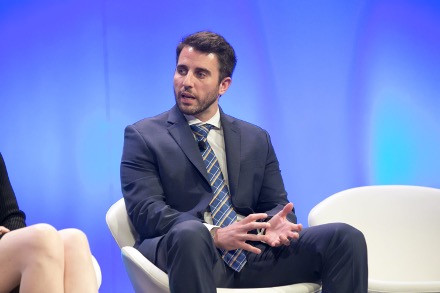 Anthony Pompliano is a well-known crypto influencer on a variety of platforms, including Twitter, where he has over 930,000 followers. He is a founder and partner at a hedge fund that specializes in blockchain technology and digital assets, and he is known as one of the first Bitcoin supporters.

He has a YouTube channel under his name, Anthony Pompliano. Here, he posts videos about Bitcoin and crypto, as well as podcasts, interviews, and explanations about business, technology, and finance. Pompliano also has a daily Substack newsletter called The Pomp Letter. In this newsletter, he shares his thoughts on a variety of topics, including finance and technology.

The industry is changing on a daily basis due to technological advancements and the emergence of new digital tokens. For this reason, it is critical for crypto companies to learn as much as possible about cryptocurrencies and stay connected to the powerful potential of Blockchain by following these crypto influencers. These influencers will also help new crypto investors overcome the alluring, get-rich-quick mentality that is prevalent in the industry with educational insights based on fact. If you’re looking to break into the crypto industry, connecting with these influencers might just help you get your project out in front of the right eyes.

Convincing the right influencers to work with your brand requires you to build a positive brand image. Do you need help doing that? Partnering with a PR agency like Pressfarm could be just what you need to land the ideal influencer partnership.

With a professional press release, some engaging guest posts, and a creative media kit, you can capture the attention of your target influencers and inspire your target audience. Additionally, beyond helping you create quality content, Pressfarm can help you put it in front of the right people. Pressfarm also submits your content to respected media outlets and startup directories. In this way, the team at Pressfarm can help boost your online visibility and overall brand reputation. Moreover, with a custom media list from Pressfarm, you can connect with the best journalists in your niche who can then help you share your brand story with the right audiences.