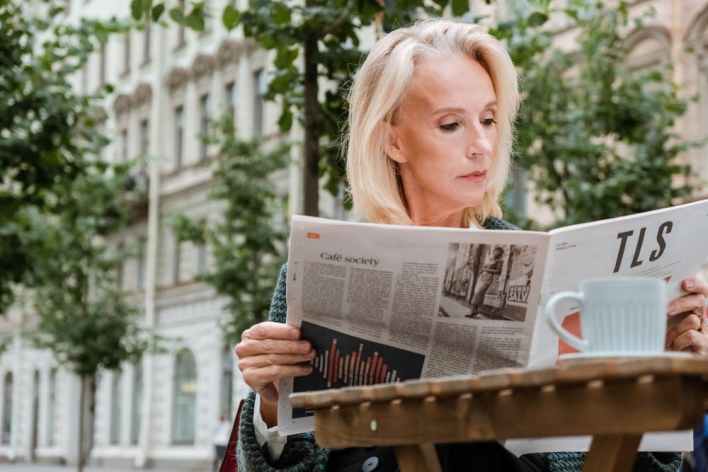 When you have a UK-based startup and you’re looking to generate publicity for your products, doing targeted pitching to the top 10 newspapers in the UK can boost your chances of getting quality media coverage. However, before you jump straight into sending pitches to these newspapers, it’s important to identify which ones align with your goals. Beyond that, you also need to identify the tone and style of each newspaper so that you can adapt your pitch accordingly and speak to each newspaper in a language that appeals to them. In order to make your pitching easier, we’ve listed the 10 top newspapers and highlighted what they’re known for covering.

The Daily Mirror is a tabloid newspaper that has been published both in the United Kingdom and Ireland since 1964. It is known for tabloid-style journalism. However, unlike other popular British tabloids including The Sun, the Mirror doesn’t have a separate Scottish edition.

The Telegraph was first launched in 1997. This newspaper is published both online and offline as a national British daily broadsheet newspaper. It’s published in London by Telegraph Media Group, and is available both in the UK and internationally.

The Sunday Mail is the Sunday edition of The Daily Mail and was founded in 1982 as a conservative tabloid daily. It is currently the biggest-selling Sunday paper in the UK. The Daily Mail reportedly had the largest circulation as of August 2021, at 925.55 thousand.

With 1.2 million copies sold, the Metro newspaper in London is the most widely circulated print daily in the United Kingdom. In the United States, it is published as a tabloid by DMG Media.

The Sunday Times is a subsidiary of The Times – a national daily that is published under the United Kingdom’s “quality press” market category. It is also the most frequently read publication in Britain.

Formerly known as The Standard, The London Evening Standard is a free local daily newspaper in London. The newspaper covers news from London, the United Kingdom, and across the world.

The Daily Express is a daily conservative tabloid newspaper published in the UK, more specifically in London. It is the flagship of Express Newspapers and first appeared as a broadsheet by Sir Arthur Pearson in 1900.

The Times was first published as The Daily Universal Register in 1785, later rebranding as The Times in 1788. Today, The Times is a  London-Based daily national newspaper.

The Financial Times is a daily London-based newspaper that is distributed physically as a broadsheet and also published digitally. This newspaper falls under the ownership of Nikkei, the Japanese holding company. The paper has editorial headquarters throughout Britain, the United States and continental Europe.

How to write an effective pitch to a newspaper

Address your pitch to a specific person

When you’re sending a pitch to a newspaper, it’s important first and foremost to address your email to a specific person at that publication. While you can send your email to a generic email address such as letters@thetimes.co.uk, it’s more effective to identify a specific person at The Sunday Times and address your email to them. The reason this works better is because when you’ve identified a specific person, it’s easier to craft an effective targeted pitch. With an individual, you can identify their beat, their style of writing as well as their hobbies outside of work. All this information can help you to develop a pitch that they not only relate with but also a pitch that they’re excited about. Ultimately, getting a journalist excited is the main purpose of sending an email pitch to them. Just make sure you’re sending your pitch to someone whose specialty and interests align with the news you want to share.

Keep it nice and short

The most effective pitches are short and to the point. When you’re writing to a journalist, always keep in mind that they’re chasing several deadlines at once. Sending them a long-winded email in the middle of what is most likely a chaotic working day will only turn them off. In fact, the moment a journalist opens a long email, they’re likely to move on to the next one without reading your pitch. In order to make the journalist’s life easier, you need to package your news story in an easy-to-digest format so that the journalist can understand the gist of what you’re sharing within one or two minutes of opening your email.

Ask the journalist what they’re working on

If you don’t have a prepackaged announcement ready to go, it can be useful to reach out to a journalist simply to ask them what they’re working on at the moment. If you identify an area of a specific story where you think your company can contribute, then you can offer the journalist statistics or the opportunity to interview a thought leader from your brand.

Once you’ve sent your first email pitch, you’re only allowed to follow up two times before you become an annoyance. No one will punish you for going beyond two follow-ups per se, but you’re likely to get blacklisted by a journalist who might feel like you’re constantly nagging them. Keep in mind that pitching to journalists is always more effective if you’ve already established a relationship with the journalist before you send that first pitch. For this reason, it’s always useful to invest the time and energy in connecting with these people on a personal level.

Once you’ve identified a journalist who you want to build a long-term relationship with, you can introduce yourself either on email or on social media. Twitter is an especially valuable platform for brands that want to connect with journalists, since journalists usually have an active presence there.

Do you need help finding the right journalist to pitch? Pressfarm’s media database can help you connect with over 1 million journalists across different niches, publications and categories. When you sign up for a PR package at Pressfarm. You can use this database to help you do media outreach for your brand for up to one year. In addition, Pressfarm provides all clients with custom media lists which are designed to help you connect with the best journalists in your niche.

Beyond helping you reach out to media contacts, a PR package from Pressfarm includes content creation. With a professional press release, some compelling guest posts and a creative media kit from Pressfarm. You can make a journalist’s head turn and spark curiosity in your brand. With our content distribution strategy, we can also put your brand in front of the right eyes. By submitting your content to respected media outlets and startup directories. We can boost your online presence and help your brand to feature in relevant search results across different search engines. With any of Pressfarm’s affordable PR packages, you can make a name for your brand in your industry and beyond.