10 Tips for Hiring a Developer for your Startup Idea 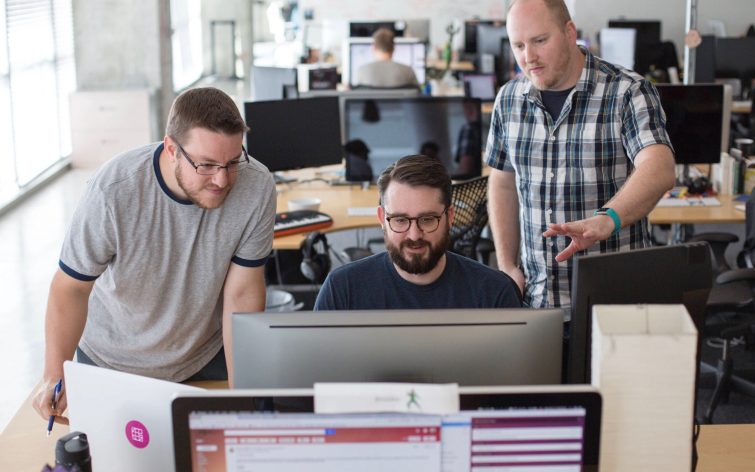 When you have a great idea and are looking for a developer to make your dream come true, hiring the right one is the foundation for your startup. How do you differentiate a great developer from an average one? In the technological world we live in today, developers have more opportunities than most other professionals. In fact, the ideal developer is not out there looking for a job, because they already have more on their plate than they can handle.

According to market statistics by Chad Lilly, director of recruiting at Lextech, skilled programmers are hard to find because they are not even looking for you. Out of all the developers currently looking for a job out there, only 2% of these are great, while 30% are solid developers and 68% are average. As you can imagine, it’s a very difficult task to find someone in that 2 percent circle. What will it take and how far should you search? What makes a great coder good at what they do? Well, here are the tips for hiring an excellently skilled programmer to develop your startup idea.

1. Think beyond the now

Hiring a great developer sometimes is not a matter of who knows what now, but a matter of who will know what tomorrow. This forward-thinking mentality is great for a great startup. This is because technology is ever changing. Today you might be using Joomla, but you might wake up tomorrow to find that it isn’t the cool thing. WordPress as a CMS could be the talk of the day today, and get obsolete a few years from now. When you hire a developer, you should be thinking forward and hire a developer who is thinking forward as well. A great developer is someone who you are sure will adapt to new technology quickly and get your brand on top of the game.

Any great developer should have a folder of their projects. They should be able to show what they have been working on during their time as a developer. If they don’t show you some examples of previous projects, they have probably not been doing any coding at all. With the funds you are about to spend, you need a developer with some experience. Unless an inexperienced developer is really good, the end product could be poor. Poor products have no return on investment so they end up being a waste of time, money and resources.

You may lack technical experience in coding or working with developers. Developers are very bright and they will catch onto this very fast. However, your ability to stay on top of the interview and guide the questioning will determine whether you get a skilled coder or not. Pilot the conversation and don’t let the developer drive you away from the point. That way you get to ask them the questions you intended to, even difficult ones that will catch them by surprise. It will be easier to find out what they know and what they don’t. If you let them lead the conversation, the candidates will drive you to where they want you to be, then outsmart you all together. To be a great recruiter in a field you know nothing about, the secret is to pretend to know what you don’t.

4. Prioritize quality over everything

Great developers never come cheap. They are the crème de la crème of their profession for heaven’s sake! Sometimes expensive can go a long way. In fact, an expensive programmer is testimony of how confident they are in their ability. I’m not saying you should go for expensive. The point is, the developers know you want to save some money, and they will propose various rates. Be bright enough to know when the cheap deal is too good to be true.

Be an intelligent manager so that you know when they are ripping you off with that expensive rate, but by all means, don’t choose cheap over quality. It could be the best deal you have gotten, so cheap that it ends up blinding your judgment. It could also be so pricey that you get angry about it and that anger blinds you. The point is to not be blinded at all.

You will get to learn a thing or two about the developer by finding out about their former clients. You will also get to know if that developer will work for the startup team that you are building. When you are a startup, anyone you hire has to be a fighter. That is usually the startup mentality. Getting that coder who has worked for Google or Amazon or Facebook could be the worst choice ever as much as it may seem that it is the best choice at the time. Sometimes getting the developers who have worked for big companies is best reserved for later when you have grown as a company too. Unless their character is right, don’t hire them. What your startup needs is a developer with versatility, adaptability, risk-taking abilities and a self-starter personality.

People are often display their real character on social media. Whatever network it could be, taking some time to Google your candidate and find out what they have been up to and what they are like outside of work could be helpful. A great developer could have a character that is not compatible with your dream startup team. If he or she said something bad about their boss, social media is the place where you will find that, as a tweet or a Facebook update. You don’t want to hire a developer who bashes you on social media every time you guys disagree on something, no matter how well he or she can code.

To ensure you don’t go asking them trivia questions like “who wrote the first line of code?” or “In what year was HTML5 released?” we have come up with a few questions to help you:

These questions will challenge them and help you learn more about their skill set. These are the questions to ask if you want to gauge how passionate and knowledgeable your candidate is. The smart developer won’t have a problem answering them satisfactorily. That is probably the one you should hire.

Not literally. It is important to know the mentality of your developer especially when faced with a challenge. Do they give up? Do they refuse to give up? Do they get angry when faced with an almost impossible task? Are they calm under pressure? These are all telling signs. I brought up chess because it is a challenging game, but ideally, what I’m saying is that you should get them to face a difficult task, maybe a small project. Some people recommend Lego Mindstorm. A developer who can handle pressure calmly and find a solution, and someone who won’t give up until the issue is solved is your ideal developer. Someone who gives up or gets frustrated under pressure may dump you and your product when you need them the most.

How does your candidate behave when the whole team is involved? Do they participate or not? Are they dictatorial or not? Fish for the traits that please you and go for a team player.

I’m sure you have heard this statement before. It is true. It applies to any hiring decisions you make. Take your time to learn who you are hiring. Understand what you want as well as your vision. Know what it takes to get there and take your time to interview as many developers as you can. Hiring is a slow process no matter how urgent. It could save you a lot of money. Your best developer could be the last one you meet.

When it is not working out, don’t be afraid to fire, and fast. Fire fast because it will save you a lot of time and money. You can move on to looking for your next developer even faster. Understand that sometimes it just doesn’t work out and you have to fire. Learn to be precise and decisive.