The 5 Failures of Tim Cook and How He Overcame Them 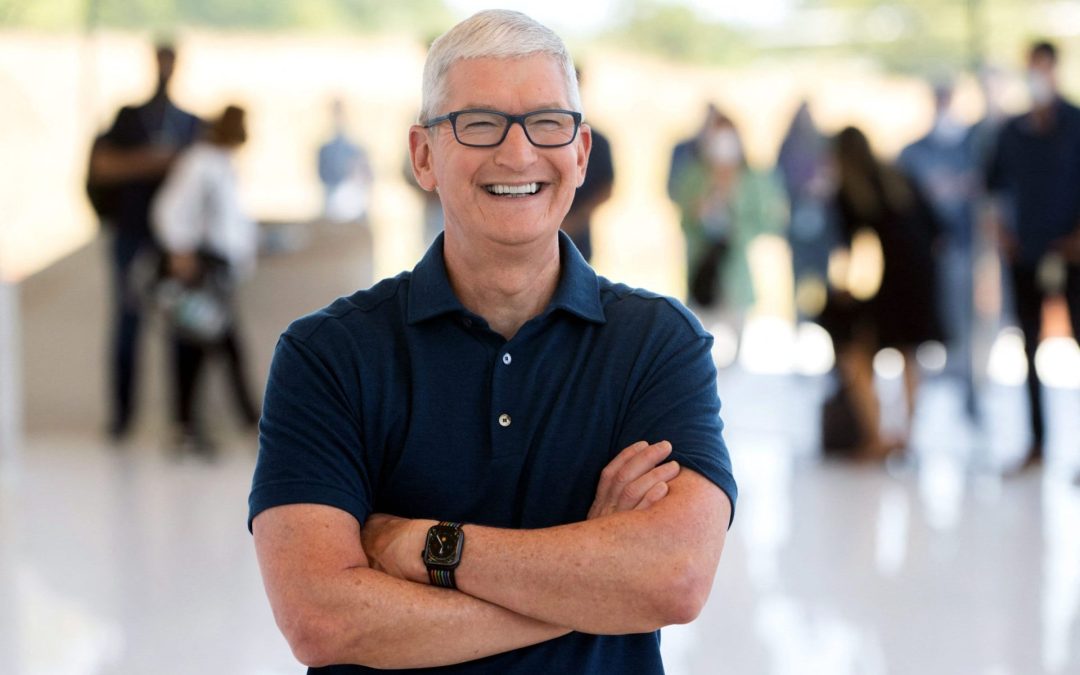 After the demise of Steve Jobs, co-founder and CEO of Apple in 2011, finding someone like Tim Cook wasn’t easy. Let’s face it, given his success at Apple, Steve Jobs left big shoes to fill. Despite this, Tim Cook took a shot and become Jobs’ eventual successor. At first, he was a caretaker for that position, but after proving his worth, he was awarded the position officially.

Over the years, he has forged his legacy. At the moment, he has spent over a decade in that office. Apparently, grooming Cook is among the greatest accomplishments of Steve Jobs. The performance of the company has proven this.

When Cook took over, Apple was worth roughly $400 billion. Under Cook’s leadership, it’s grown to over five times that initial valuation. As a result, Apple is the first US Company to hit the $2 trillion mark.

Even with this success, it hasn’t been smooth sailing for Cook. On the contrary, he had to put up with various challenges and failures. For example, the low iPhone sales, the trade war between China and the US, and privacy allegations. On that note, here are the 5 failures of Tim Cook and how he overcame them:

On multiple occasions, Cook and other company executives have hinted at investing in the AR field. The plan is to develop high-tech eye gear or phone screens to bring the digital images into the real world. While it’s an ambitious project, there are no significant leads so far. On the positive side, no other company has made significant strides in this field either.

The company is still lagging when it comes to Artificial Intelligence. More particularly, they’re still behind on the development of voice-activated virtual assistants. While you will find Siri on all Apple devices, Alexa from Amazon and Google Virtual Assistants are making bigger strides. They’re more resourceful both in office and home settings.

Under Cook’s leadership, Apple has no new game-changing device to boast of. That means, the company solely relies on its previous devices with no iPhone successor. While wireless earbuds and smartwatches may seem like a breakthrough, they are no game-changers.

Under his leadership, there are multiple occasions when Apple has experienced significant setbacks. For example, in 2017, the company discretely and deliberately alienated some of its clients. To manage this, they slowed the performance of earlier iPhones through software updates. Apparently, they were attempting to save the lifespan of aging batteries. However, from the perspective of some consumers, the company was trying to boost the sales of its latest devices. To make things worse, the latest devices were more expensive

To counter the clients’ fury, the company offered battery replacement at a very affordable rate. On top of dealing with frustration from consumers, they had to settle a $500 million lawsuit fine for taking that approach.

When it comes to marketing ads, Apple always had the best in the tech industry. Lately, they’ve been lagging. These ads are slowly losing their vigor. Initially, they would explain a product to the audience in a simple, precise, and amusing format.

Lately, some consumers have expressed their feelings that Apple ads are becoming stale. For starters, the ads are product-oriented and less focused on the users. Their attempt at revamping their ads with an innovative bar theme failed. As such, Cook needs to recreate the creativity that we normally see in Apple marketing.

Many could have sworn that the thin iMac was going to be a breakthrough for Apple. Unfortunately, that was not the case. While thinness is a primary theme at the company, they failed on this one. To create a thin iMac, the company had to sacrifice its performance. As such, the iMac could not compete effectively with desktop computers from other brands. In other words, besides the thinness, the device didn’t offer any other advantage. Additionally, from the front, there’s no significant difference from the previous iMac.

What startup founders can learn from this

We are all afraid of taking risks because we don’t want to experience failure. However, through risks, the probability of being even more successful is higher. However, there are times you will suffer a loss. Even then, you will not lose completely. From the loss, you will gain a meaningful experience.

Let’s look at Cook for example, with the demise of Steve Jobs, filling his shoes was a risk in itself. Even so, he did it anyway. He didn’t allow the fear of failing the company to prevent him from taking on that role. Thanks to this bold move, Apple is now a successful company.

From Cook, you can learn that the fear of the unknown might be the reason you’re not progressing. Even without knowing the result that awaited him, he took on the role of Apple CEO. And whether or not he succeeded, the step helped him break through negativity and fear of failure.

In the business world, everyone wants to be the leader in their niche. As such, to stand out among other business owners, you should consider the consumer needs first. That’s what will help you drive your business to the top. During an interview, Cook admitted that the objective of Apple is not making the most money. Instead, they’re striving to create the best products in the industry.

When you’re an entrepreneur, change is inevitable. It’s the only way you will maintain the competitive advantage and increase the rate of customer retention. Such changes periodically help to create an impact on your brand. While your products might be the best in the market, you should strive to improve them for client satisfaction.

There are times when failure dawns on you even after you’ve developed robust strategies. You should be prepared to handle this. For example, when Apple’s maps rollout failed, Cook admitted their mistake and even shared an apology on media.

Cook is living proof that every entrepreneur in the business field is bound to face their fair share of troubles. But instead of trying to prove your point or defend your mistake, apologizing is always the best move. Apologizing in the middle of a PR storm can help calm clients who are feeling anxious and outraged. Most importantly, this kind of approach preserves your brand reputation.

According to Jeff Williams, Apple lost a significant amount of money through the sapphire plant. Despite these losses, Cook remains very positive. In fact, he actually urged everyone to learn something from it. According to him, with this knowledge, they can build superior technology. From this experience, you can learn that it’s always important to remain positive even in dire situations.

Cook has proven that the opinion of the people in the company, especially those around him matters. Thanks to the high number of executives, he can distribute some tasks to reduce his workload. Even as their leader, he doesn’t micromanage the tasks he delegates to them. Rather, he acknowledges their talents and position at the company. As such, he trusts their moves and even allows them to take the lead on some projects.

For instance, the marketing department has experienced a significant transformation from Cook’s leadership. This is because he’s assigned leadership of that department to senior vice president, Mr. Philip Schiller. As a result, he’s made a positive impact and demonstrated his capability.

When you are a leader, it’s important to acknowledge that you’re not an expert in everything. As such, delegating some of your tasks to various team members will help you accomplish more. At the same time, do not trust people blindly. Make sure the people you’re delegating tasks to have proven that you can trust them with these responsibilities.

Apple is among the companies that spearhead innovation in the tech industry. As such, it needs a combination of unique talents to foster its growth and development.

Looking for the best in people is not something that many leaders will do. When you give people a chance, most of them will rise to the occasion and produce a return in the investment you’ve made in them.

When you achieve your goal, never forget where you started and the people who got you there. Many people only remember this when they begin to fail. Cook spares time to stop by various Apple Stores and engage with clients in person or through emails.

When you become a CEO for example, getting carried away by that position is easy. Some people may even begin to isolate themselves because of the new social class. However, if you want to maintain a positive image, you must learn to be humble.

Interacting with the clients directly helps you garner new ideas on how to improve your products. Furthermore, this approach will earn you the respect of your clients and employees, because it shows that you don’t believe you’re above anyone.

The name Steve Jobs is synonymous with greatness. However, while Cook acknowledged Job’s greatness, he didn’t allow Jobs’ reputation to overshadow his leadership skills. Instead, he believed in his capabilities and took on the CEO role wholeheartedly.

Besides believing in yourself, learn to trust your decisions. If you believe your decision is the best, stick to it. Sometimes a good move may not manifest directly, it may start with brief setbacks only to turn out successful. But when you have self-doubt, you may abandon great decisions for less risky and less rewarding options.

In 2016, Cook stated that he would give up nearly a third of his 130 million USD worth of stock-based compensation if Apple underperformed relative to other S&P 500 companies. This shows the extent to which he trusted his moves. In the same way, you should trust your instincts when you’re running your venture. With this kind of confidence, you can achieve a lot more than you ever dreamed possible.

Undoubtedly, Cook has had several setbacks ever since he took over from Steve Jobs as the company’s CEO. But it’s also important to acknowledge the notable growth in the company because of him. One of those changes is the dramatic increase in Apple’s net worth. From a net worth $400 billion when Cook took over, the value has multiplied five times. The company is now worth over $2 trillion.

As you can see, regardless of the failures he has been facing as the company CEO, he still manages to deliver impressive performance. As a business owner or a boss in the same position, it’s impossible to avoid failures. However, what matters is how you bounce back from those failures and attain success.

As s the case with CEOs in other companies, the media has been on Cook’s neck every time he faces a setback.

However, that shouldn’t scare you. After all, if you have a robust plan and you stick to your guns, the same media will turn around and praise you.

How Pressfarm can help your business

Do you own a startup that is launching a new product or service? Just imagine how amazing it would be to let someone else worry about generating publicity for your startup, while you focus on perfecting your product. With a team of professionals who have experience working with brands from different industries, Pressfarm can do that for you!