The 5 Failures of Tim Ferriss and How He Overcame Them 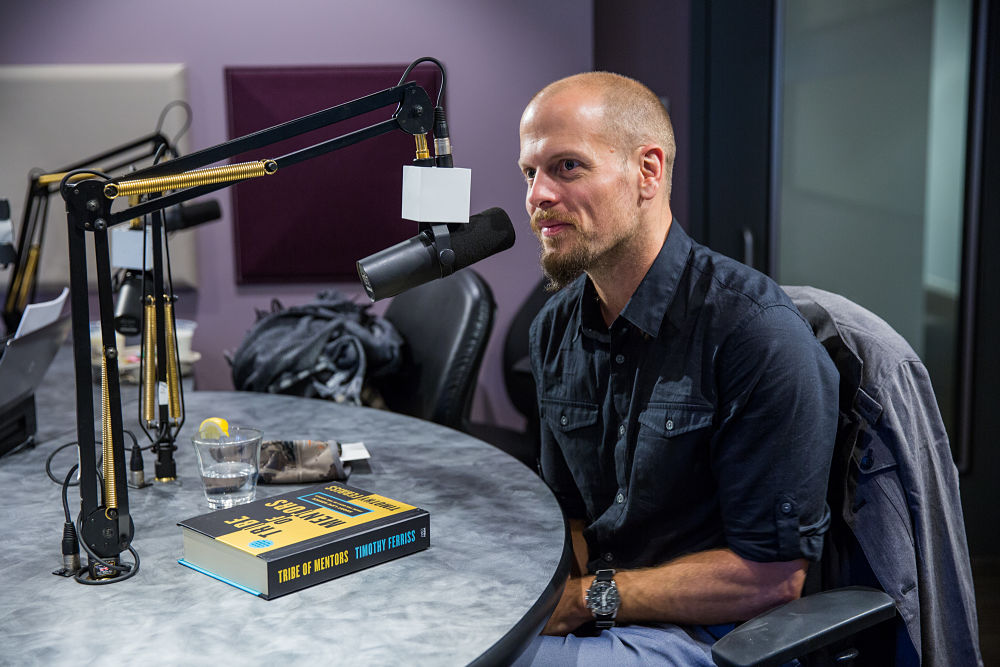 Tim Ferriss is certainly not the type of person you might associate with business failure. In fact, a quick glance at his resume should tell you that almost everything the man touches turns to gold.

It’s true, Ferriss often talks about failure, but most of his battles relate to personal problems that take place behind the scenes. Tim is always open when it comes to his encounters with depression. Despite his struggle, he seems to excel at almost everything he does in life.

However, there are some significant events into which Tim has needed to dig deep…

1. Shortcomings at Shyp and Leaving Investing Behind

In 2013, Tim Ferriss raised a whopping $250,000 in less than one hour on AngelList for a startup called Shyp. As if that wasn’t enough, he went on to double that amount through his newly formed syndicate. Shyp itself managed to raise a combined total of $2.1 million. Shyp was a shipping company that also picked up and packaged items before sending them through major carriers.

While the company managed to last for five years, Shyp was eventually shut down and had to lay off its employees. As you may know, this was one of many investments that left Ferriss feeling stressed. Beyond that, it left him somewhat disillusioned, and he was cited as saying that his impact was “minimal” for these startups.

Instead of investing in more companies, Ferriss announced that he was taking an extended vacation from investments. Furthermore, he decided to focus on passion projects such as writing and media publications. This left him feeling much more rewarded and certainly less stressed.

2. When the Tim Ferriss Experiment “Failed”

Many people do not know that Tim Ferriss had his own television show on HLN. On this show, he set out to master a number of skills in the shortest amount of time possible. While his show was in fact debuted on the channel above, most episodes would never see the light of day. This left Ferriss feeling like a failure.

On top of this disappointment, Tim was especially sad that his fans could not watch the show. After all, the television company held all rights and decided not to air the rest of the episodes.

While most people would cut their ties and try to put the experience behind them, Ferriss started a long and complicated battle to attain the rights to distribute the show. This involved lawyers and legislation at every turn. Even so, after one year of persistence, he gained digital rights to the show and published it on iTunes.

Just a few years later, Tim also hosted a second show called Fear(less) with Tim Ferris. As part of this show, he interviewed many influencers about their success in various industries.

When Tim was studying at Princeton University, he suffered a number of personal setbacks that would leave him contemplating suicide. In various podcasts, TED talks, and blog posts, Ferriss speaks candidly about this time and never shies away from speaking the truth. While Tim does not go into the specifics, he needed to overcome these problems before he could tackle what would become his very first startup – BrainQuicken. In fact, this was also the experience that would result in his most famous book, the 4-Hour Work Week.

But how did he overcome these issues?

What Did Ferriss Do About It?

After realizing his predicament, Ferris decided to face his fears head-on and take more responsibility for the outcome. In time, he also channeled his energy into 90-hour workweeks that would spawn the above-mentioned book.

4. The Dangers of Creating Your Own Company

When Tim started out as an entrepreneur, he received a considerable payment for the sale of BrainQuicken. However, it was only at this point that he realized the danger associated with starting a business. After all, he suddenly felt handcuffed to BrainQuicken in every waking moment.

For this reason, Ferris says that it’s better to focus on passion projects and work that you genuinely enjoy rather than something that might make more money. At the same time, he also insists that working for yourself is better than working for someone else, regardless of whether any handcuffs are involved or not.

Fortunately for Tim, he was able to learn from this at a young age. After receiving a windfall from his first startup, he decided to invest some of this capital in other startups. With this in mind, he was no longer handcuffed and had much more free time to focus elsewhere.

5. Unhappiness in Spite of Massive Success

Tim Ferriss discovered one of his great failings in life while doing research for his book, Tribe of Mentors. While interviewing a host of inspiring individuals, he came to learn that many of these people had a great sense of peace. However, through this realization, Tim also learnt that he was deeply unhappy. He was no longer satisfied with his many achievements or temporary victories.

Tim knew that positivity makes for a better entrepreneur. In fact, a 2020 study of 1,000 people shows that positivity correlates with better overall health and long-term memory.

What Did Ferriss Do About It?

In order to overcome his failures, Ferriss said that he needed to shed cynicism. Additionally, he needed to practice empathy to keep the pessimism at bay. While awareness was key to this process, Tim took an interesting approach to the matter by using meditation to manage his self-control. Over time, the famous author cites this meditation as the reason for his appreciation and a greater sense of compassion.

Tim Ferriss may not have many major business failures on his resume. Be that as it may, the lifestyle guru has encountered his fair share of obstacles in both his personal and business life. We can learn a lot from his persistence in the face of adversity.

Have you built a startup that you want to tell the world about? Backed by a team of PR specialists, Pressfarm can help you tell your brand story in a memorable way.

With professional press releases, and winning guest posts you can make a splash in your industry. In addition to creating content that will help your brand stand out from the competition, the experts at Pressfarm have developed an effective distribution strategy. This strategy has proven successful for hundreds of brands before yours.

By submitting your content to the right media outlets and startup directories, Pressfarm can boost your online visibility.  This ensures that you rank high in relevant search results. Furthermore, by giving you access to a comprehensive media database of over 1 million journalists, Pressfarm can help you to keep telling your brand story long after your campaign is done.

With any of Pressfarm’s affordable packages, you can gain control of your narrative and share your brand story widely.