Tezos: What Is It And What Makes This Cryptocurrency So Special 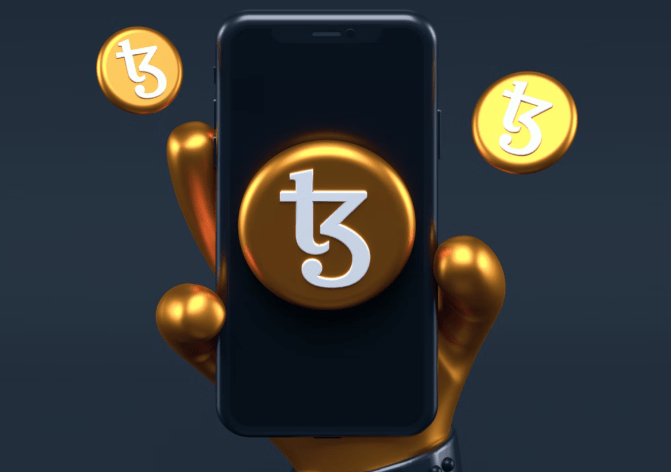 Tezos became one of the most popular non-fungible token blockchains in the world (NFTs), as concerns about the environmental impact of NFTs and blockchain technologies grew significantly in 2021.

Tezos appears to succeed in areas where many other blockchains fail, such as rapid and cheap transactions. It has attracted a lot of attention over the years due to its focus on security and the diversity of upgradeable features.

However, integrating new blockchains and NFT environments is never simple. That’s why we’re here. This guide will lead you through all you need to know to engage in the Tezos ecosystem smoothly. Here, we’ll go over what Tezos is, how it works, and why Tezos crypto and NFTs are so popular. We’ll also talk about how you can take advantage of this exciting new world.

What Exactly Is the Tezos Blockchain, and How Does It Work?

Founded by Arthur and Kathleen Breitman in 2017, Tezos is an open-source platform for creating smart contracts and developing decentralized applications, comparable to other blockchains (dApps).

In addition, the XTZ coin is Tezos’ native cryptocurrency. Despite its popularity for NFTs, the blockchain’s coin ranks approximately 50th in terms of market capitalization. Tezos, on the other hand, makes up for its lack of market presence with innovation.

The potential of the Tezos blockchain to self-amend is one of its most exciting features. In general, it can improve over time by upgrading its protocol via a structured procedure. Many blockchains don’t have established governance systems in place.

As a result, decisions are usually forced on the entire ecosystem by a small group. Tezos’ qualities, combined with the fact that Tezos has been rewarding programmers to build dApps on the platform since its inception, have positioned the blockchain as a leader in adaptability. It can swiftly reach consensus and scale while being secure and dependable.

How Does Tezos Perform?

Tezos uses a proof-of-stake (PoS) consensus process instead of Ethereum’s and other blockchains’ proof-of-work (PoW) mechanisms. This is where Tezos’ economic and ecological selling points begin.

To add transactions and blocks to the blockchain, computers must compete with one another to solve complicated riddles. As a result, blockchains that use PoW (like Ethereum) require a lot of computing power, which translates to a lot of energy.

On the other hand, proof of stake allows users to stake a portion of their cryptocurrencies in exchange for the possibility of being picked as a block validator at random. This type of approach rewards loyalty while lowering the amount of computational labor required to verify blockchain blocks and transactions.

How To Buy And Sell Tezos Crypto

There are also cryptocurrency brokers, which are centralized providers that function as a middleman between a user and the crypto exchanges, making cryptocurrency trades easier. As a result, users no longer trade with one another based on current market values. Instead, the broker sets the price.

How To Mint Tezos NFT

Minting NFTs on the Tezos blockchain is quite similar to minting on Ethereum or Solana, for example. You’ll need a wallet set up before you start, just like with other blockchains. To pay minting and other transaction costs, you’ll need to deposit at least a few bucks worth of the blockchain’s native coin (in this case, XTZ) into your wallet.

The sort of NFT you want to mint will dictate where you’ll have the best luck minting it. So, the next stage is to figure out what kind of NFT you want to create. That portion is intuitive and straightforward, however, you must also decide if you want to make one-of-a-kind or an edition (multiple copies of the same NFT). If you want to create a large-scale NFT collection like BoredApes or CryptoPunks you should think about collaborating with an artist and coder first.

Ultimately, Tezos may well be the blockchain solution we’ve all been waiting for. It’s relatively unique in the world of blockchain simply because it is politically decentralized. In other words, stakeholders can vote on any major changes to the network—but they must do so by acquiring XTZ tokens, and keeping network and token prices high.

This makes Tezos a secure, intelligent method of operating a blockchain network and ensures continuity of services. Options like this are still very much in their infancy. That means they’re open to a massive amount of growth potential moving forward.