10 Founders Who Went from Failure to Successful Companies 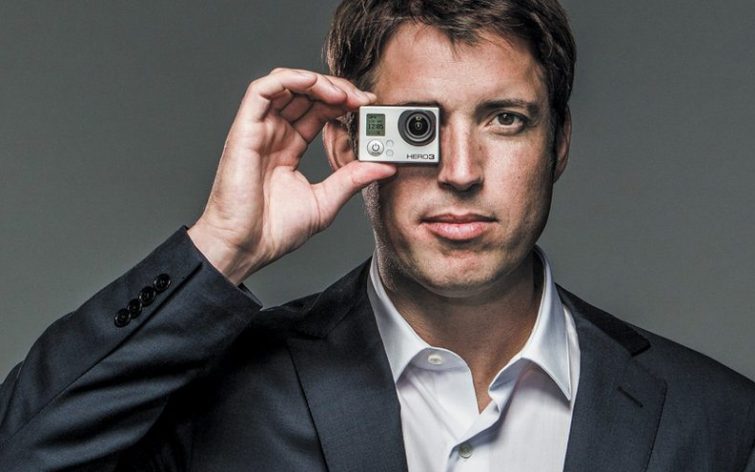 75% to 90% of all startups fail. Imagine that. If you think about those odds, it is very possible that your startup might fail. In most cases, the failures are unforeseen and are a result of long-standing issues that the founders fail to notice for one reason or another.

However, failure happens to the best of us. In business, failure is a destined occurrence at some point. Very many successful people today have failed before, some of them countless times. The secret is in not giving up. The point of success is to be a testimony of your strengths despite past failures.

Think your startup is on the brink of failure? Well, you could salvage it in some cases. In other cases, the business has probably taken serious hits denting finances, customer relationships and growth. It is irredeemable. While such occurrences can be very discouraging, they don’t have to be.

In our own small way, we try as much as possible to help all startups who come to Pressfarm to get the press they need in order to build and grow their user base. As a PR agency, we utilize the best marketing strategies to ensure our startup clients build successful PR strategies, hence reducing their marketing budget while boosting brand awareness and increasing sales.

However, in our last few years in business, we have seen a fair amount of failed launches as well. Aside from that, we have learned a lot to cushion our next customers from failure, and assist them to get the media attention they need for their success.

Failure is part of life for everyone. Even so, for the following 10 founders, failure was a ladder to future success.

SocialNet was the first company founded by Reid Hoffman in 1997. It was a social networking site designed to provide users with a networking platform as well as a dating site. It failed majorly because the internet was not ready for it. An example of a startup that was too early to the market.

“I didn’t realize some principles about how to run a consumer internet company. I thought we’d spend months under wraps and release the perfect product. I discovered it’s most important to get your product above the noise so that people can encounter it. If you’re not embarrassed by your version one release, you released it too late.”

By learning from that failure, Reid Hoffman built LinkedIn into the successful company that it is today. LinkedIn was bought by Microsoft for $26 billion in 2016.

Her second book was rejected by 36 publishers. Despite the rejection, she went on to found one of the biggest media companies in the world today. The Huffington Post receives millions of visitors per month and has employed thousands of journalists around the world. She sold the company to AOL for $315 million in 2011.

“My mother used to call failure a stepping-stone to success, as opposed to the opposite of success. When you frame failure that way, it changes dramatically what you’re willing to do, how you’re willing to invent, and the risks you’ll take. I don’t mean you have to try to fail. That will take care of itself. But in my own life, a key component of whatever successes I’ve had has been what I’ve learned from my failures.”

He launched an auction site called zShops that ultimately failed in his early start as an entrepreneur. Later, he launched Amazon, a company that has become a household name in eCommerce. He first launched Amazon to sell books, but later diversified into selling toys. In an overestimated calculation, he bought 100 million toys, put them in the warehouse looking forward to the Christmas holiday. Eventually, he gave 50 million of those toys away for free so that the company could save on storage space. This decision led to big losses.

Despite his failures, Jeff Bezos is the richest man in the world today with a net worth of $89.2 billion.

“My job is to encourage people to be bold. I’ve made billions of dollars of failures at Amazon.com. Literally billions. … Companies that don’t embrace failure and continue to experiment eventually get in the desperate position where the only thing they can do is make a Hail Mary bet at the end of their corporate existence.”

Long before he co-founded the social networking site, Evan Williams had co-founded Odeo, a podcasting platform that later shut down as it lost most of its business to the newly released Apple’s iTunes at the time. Before co-founding Odeo, he had started a company called Pyra Labs. This one also failed and shut down.

“To me, that comes down to the gut. The things that keep nagging at you are the ones worth exploring.”

Even with both companies failing, the entrepreneur has Blogger, Twitter, and his latest project – Medium – as very successful online platforms.

25 publishers turned Tim Ferris down when he was looking to publish his book, The 4-hour Work Week. Eventually, someone took a chance on the book and it is now a bestseller.

“You need to fail, learn how to fail and condition yourself to fail in order to find success. It’s important to ask yourself where in your lives right now might defining your fears be more important than defining your goals?”

Tim Ferriss has gone on to become one of the most popular authors in the world today, publishing subsequent titles after his bestseller. Some of his new titles include Tribe of Mentors and Tools of Titans.

Before co-founding PayPal, Peter Thiel managed a hedge fund known as Clarium Capital, which later lost 90% of its $7 billion worth of assets on the stock market, currencies, and oil prices. However, the entrepreneur believes there is arguably not much to learn from failure.

“I think failure is massively overrated. Most businesses fail for more than one reason. So when a business fails, you often don’t learn anything at all because the failure was overdetermined. You will think it failed for reason 1, but it failed for reasons 2 through 5. And so the next business you start will fail for reason 2, and then for 3 and so on.”

Despite this failure that Peter Thiel went through, he bounced back to co-build PayPal with Elon Musk and Max Levchin.

“I mean nobody likes to fail, but the worst thing was I lost my investors’ money and these were people that believed in this young guy that was passionate about this idea… [When you fail,] you start to question, are my ideas really good?”

Nick Woodman started two online startups that failed terribly. Funbug raised $4million in the early 2,000s but died together with the dotcom crash a few years later. He was 26. He started another venture named EmpowerAll.com that quickly shut down after it failed to pick up.

Several years later, Nick is now one of the billionaires recognized by Forbes. His wearables company, GoPro, is one of the biggest in the business. GoPro’s success was the result of using lessons from two of his failed ventures to build his next project.

Long before Canva became one of the most-used graphic design platforms online, Melanie Perkins had received over 100 rejections while looking for funding. She was a university design instructor, but hoped to take part in the change going on around the world through the internet.

Her idea was an online graphic design platform that only needed a browser and made it very easy for anyone to make design material for their online content.

“Rejection hurts, a lot, but failure was never an option. For better or worse, when I set my mind to something I don’t give up very easily at all. Being rejected a lot in our initial stages just meant that I had to try harder and refine my strategy.”

While Melanie’s idea didn’t fail, the 3 years of hard work with rejections must have felt like a failure. Canva is now home to millions of users who visit the site on a monthly basis to get their work done. She did eventually secure a $3million seed round to kick off her startup.

Initially, Brian Acton was the Vice-President of Engineering for Yahoo. After leaving his job, he interviewed for a position at Facebook and later at Twitter. Both social networking sites turned him down and hired other candidates instead.

A few years later, Acton launched WhatsApp which grew to become one of the biggest messaging platforms in the world. Eventually, Facebook came calling and bought WhatsApp for $19 billion. The software engineer they once refused to hire dented their pockets with the sum of billions.

Eric Yuan was working as an engineer at the videoconferencing software company WebEx when Cisco bought the company for $3.2 billion. After the merger, Yuan realized that, though he had been promoted to Vice President of engineering and was earning a six-figure salary, he wasn’t happy. Yuan got frustrated dealing with unhappy customers – he felt that their product hadn’t been developed quickly enough, and this made it cumbersome for people to use.

By 2011, Yuan accepted that if he wanted to build a product on his own terms, he’d have to leave the comfort of a VP job at Cisco and build something of his own. He left Cisco and started developing a video conferencing software, even before he had enough funds to launch it.

What Yuan started building in 2011 has turned into a household name in 2022, at a time when more people are working from home than ever before. In the midst of the pandemic, people all over the world are relying on Zoom to help them touch base with their teams at work. Zoom has also become popular among friends who want to hang out virtually.

“On the one hand that’s indeed a big risk, to go from a very well-paid and vice president position. Why would you want to leave? However, on the flip side, I was not happy. So, mentally, that’s not a big risk. The purpose of life is to pursue happiness, and I was not happy. Then what’s the risk?”

At the moment, Zoom has employed over 2,000 people and reported earning a revenue growth of 300% in 2021. Zoom launched one of the most successful IPOs in 2019. The pandemic attracted hordes of new users to the platform in 2020, thus doubling its market valuation, which currently stands at roughly $35.3 billion.