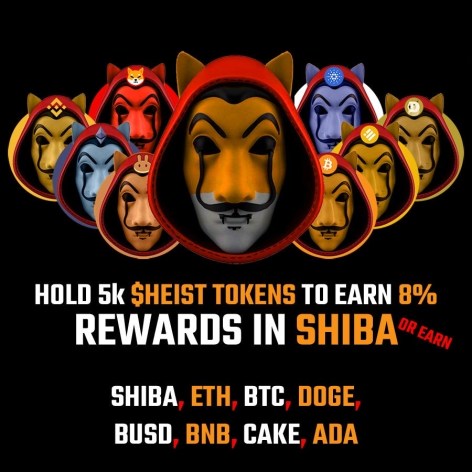 As the crypto space grows, meme tokens have gotten more popular, reflecting social media trends. In fact, Dogecoin (DOGE) has increased by almost 8,000% since early 2021. Moreover, by November 2021, DOGE was ranked #9 by market value on CoinMarketCap. While meme tokens don’t have the same functional applications as utility tokens, people who keep up with pop culture are eager to invest in this new art form. Moreover, several crypto investors have made a decent amount of money by investing in meme tokens.

What are meme tokens?

Meme tokens are crypto-assets inspired by social media memes, puns, or jokes. Dogecoin (DOGE), the first-ever meme token, was based on a meme from 2013. DOGE became famous after Elon Musk started tweeting about it, and in 2022 retail investors are still flocking to buy this meme token.

Unlike utility tokens, meme tokens were not created to solve any real-world problems. Rather, they were created to reflect trends in social media. Since memes go viral for a short time before they die off, the developers of these meme tokens must act fast if they want their tokens to have any value. Similarly, investors who want to earn a profit from trading their meme tokens must trade them before the hype surrounding a specific meme dies down.

The main distinction between meme tokens and “real” crypto alternatives like Bitcoin and Ethereum is their application in the real world. Unlike Bitcoin and Ethereum, meme currencies cannot be used in the real world and have no function or utility. As mentioned previously, all cryptocurrencies rely on the support of a large community and influential individuals. On the other hand, meme tokens have grown in popularity due to their disproportionate affiliation with influencers, notably Elon Musk. To send the price of linked meme tokens surging, the Tesla CEO merely needs to tweet about a topic like Baby Shark, which is based on a popular children’s song.

Meanwhile, meme token creators undertake media stunts to inflate the price of their tokens. For example, The Shibu Inu team decided to give Vitalik Buterin, the co-founder of Ethereum, half of all SHIB tokens. However, he thwarted their strategy by selling the tokens (and donating the earnings to charity), requesting that projects not give him currencies without his permission, and declaring that “I don’t want to be a locus of power.”

According to one aggregator, meme tokens accounted for roughly 2.8 percent of the crypto market cap in mid-June 2021, and the sector is worth over $38 billion. Wild price swings, on the other hand, are not uncommon. Meme cryptos often have a massive circulating supply, often in the quadrillions.

In 2021, the value and range of meme currencies have skyrocketed. The market for meme currencies is booming, thanks to the success of Dogecoin and the growing use of cryptocurrencies in general. Part of the reason for the current popularity of meme coins is their affiliation with celebrities and social media influencers. Since celebrities have paid to advertise the coins, their public interest grows. Many people attribute the rise in meme currencies to Elon Musk, a big supporter of DOGE. Influencers have always been important in cryptocurrency culture, but they have never been more so than recently. When Elon Musk backed Dogecoin, the first joke cryptocurrency, it prompted a flood of imitators, many of whom were promoted by influencers on social media sites like TikTok.

While meme tokens do not currently have any functional utility. There are startups out there attempting to figure out how to give them utility. These startups know the true potential of tokens.

Shiba Heist has developed a decentralized meme token that gives token holders 8% rewards on all transactions. These rewards are interchangeable, allowing users to maximize their rewards and create a passive income. In addition, 4% of each transaction is transferred to the marketing wallet, the remaining 3% is allocated between providing liquidity and purchasing supply for quarterly burns. Holders of Shiba Heist can watch the crypto space and charts before deciding on their reward. The Shiba Heist team built their product because there was a gap in flexibility with a lot of current reward and meme tokens.

The team at Shiba Heist built this token when they realized that the options on the market didn’t offer much flexibility. As a Shiba Heist token holder, you can choose what you’d like to receive as your reward.

Shiba Heist functions as a dividend token with flexibility. Unlike most dividend tokens that offer one token as a reward, Shiba Heist offers 8 tokens to choose from. What’s more, token holders can freely decide when and how often they change, even if they want to do it hourly.