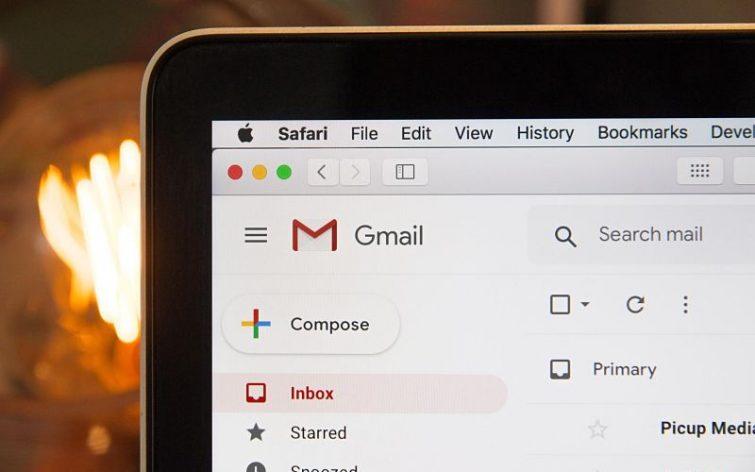 For many businesses, up to 75% of their email list might be inactive. Some consider this an unavoidable reality, with older and less relevant subscribers just becoming disinterested. However, others understand that this is a massive missed opportunity, costing a significant percentage of potential revenue.

That’s why reactivation emails have become an increasingly popular option. With the help of reactivation emails, you can re-engage your inactive subscribers and get at least part of them to become interested in what you have to say.

Let’s answer these and other essential questions below so you can start getting the most out of the entire list that you have accumulated over the years.

What is Reactivation Email?

A reactivation email is designed to reignite the interest of the subscribers who have become inactive and are no longer interacting with the emails.

To put this into practice, let’s imagine you have a list of 20,000 people. Around 25% of them are still engaged, opening most of the emails you send and frequently taking the action you want them to.

But then there’s the 75% that have stopped engaging. These are people who probably are a pretty good fit for your offers but simply decided your emails are not worth opening.

By putting together a reactivation email campaign, you can ensure that an automated email or email sequence is sent out whenever someone becomes disengaged.

To make this happen, you will need to use an email provider to help you send either manual or automated emails to people who have stopped responding.

Still, you don’t necessarily have to use a complicated solution. Even something as simple and convenient to use as a Gmail mail merge service can help you send bulk emails to a customized list and even schedule automated follow-ups until you get a reply.

But how can you identify an inactive subscriber?

Well, that depends on how you decide to look at it. For shorter sales cycles, an inactive subscriber maybe someone that hasn’t opened or reacted to the last few email campaigns. But if your offers are more spanned out, you may decide that someone would have to be unresponsive for at least a few months or even a year before they become part of reactivation campaigns.

Why Are Reactivation Emails Important?

The most obvious benefit of reactivation emails is that you get to interact with more people who have shown interest in your offers before. Subscribing and opting in is a big commitment, so it’s evident that these people were interested. The question is how to make them interested again, and that can be achieved with reactivation emails.

You might even discover that some of the people who have become inactive are excellent customers; they might just not have responded well to the emails and marketing strategies you used before.

By experimenting with new approaches and adding a bit more urgency, you might be able to break through to a significant portion of your audience, providing a massive boost to your sales efforts without the need to pursue new prospects.

Finally, since these people are already subscribers, they are probably not completely unaware of what you have to offer. They have also probably been dealing with the problem that your product solves for a while, which can contribute to further increasing their urgency.

If that’s the case, you just need to find a better way to showcase why your solution is the right choice for them, and that could be much easier than trying to convert a brand new lead that is much lower in their customer journey.

How to Send a Reactivation Email: Step-by-Step Guide

At this point, we’re ready to dig into the specific steps that are involved in putting together an effective email reactivation campaign from scratch.

These steps can serve as a blueprint that can help you evaluate your current situation and choose an approach with the highest probability of success.

Emails are a personal type of communication. People are used to receiving emails (or even letters) from people they know. Even promotional materials (at least the best ones) usually try to emulate the same format or at least the same communication style.

Because of that, before you can sit down to write the email, you will need to determine the current relationship with the people that you’re trying to reach.

But what does that mean, exactly?

Well, for one thing, a relationship with your audience can be defined by how long they have been a subscriber. If you’ve had them on your list for years, that can signal that they know you quite well and have certain expectations about what they receive from you.

But at the same time, it also means that at some point, they decided that your emails weren’t worth their time and started ignoring them.

Therefore, you must also identify when they stopped opening emails and try to figure out what might have led them to stop taking notice. Perhaps your emails became repetitive? Didn’t provide as much value? Or maybe they bought something, and the emails became irrelevant?

Finding the answers to these questions won’t be easy, but it’s the only way to craft a relevant message that breaks through and gets them to notice your emails again.

Think about what could break the current pattern and make your email stand out in their inbox. And once they do open, how can you maintain and build on that initial spark of interest?

The good news is that you don’t have to get it right the first time and can try out multiple approaches to challenge even the most reluctant subscribers to engage.

2. Figure Out Your Goal

For reactivation email campaigns to be effective, there needs to be a clear understanding of what you’re trying to achieve. It’s easy to say that you want more engagement, but what does that actually mean?

Having clear metrics and KPIs that you can measure success with is the only way to make steady improvements and ensure that the time you invest will actually be worth it.

For instance, you could look into the open rate, which is a simple yet essential way to see whether people are interested enough to read further. If your reactivation campaign doesn’t even generate opens, that means your subject lines aren’t engaging and inviting enough or that they aren’t different enough from what you usually send.

You should also look at whether people are clicking the links that you insert in your email. In the end, your goal is to get people to click through to your offers, so while this may not be the goal of the very first email, you should have this in mind as you set up campaigns.

Finally, since you’re putting all that effort, you want your inactive subscribers to eventually turn into paying customers. So tracking conversions generated by your campaigns will help you see whether you’re heading in the right direction.

We’ve already discussed some of the key metrics in the previous section. And getting the emails opened was the very first key goal that we established.

And that’s for a good reason. If your emails don’t get opened, it won’t matter how good the body copy is; no one will reach it and find out.

Therefore, as a rule, focus all of your efforts on the single primary goal – making the email subject line so irresistible and intriguing that even someone who hasn’t been noticing your emails for a long time would have to consider clicking it.

That may seem difficult, but there are steps you can take to break down the process into actionable bits.

For one thing, consider that what you were doing before obviously wasn’t working with this part of your subscriber list. So, aim to disrupt the usual cycle, trying out new formats, new styles, and new ideas.

You should also add urgency whenever possible. If you want to appeal to their desires, slap a big discount that’s only available for a limited time, and tell them that they’re part of an exclusive group of people that are eligible.

Finally, you can call them out on why they have been ignoring your emails. Making a last-ditch plea for them to read your emails, even using a little well-timed self-deprecating humour, can be an excellent way to get on your subscriber’s good side again.

4. Give Them a Reason to Care

Once you have someone’s attention, your next goal should be to maintain it for as long as possible, ideally, until they click through to your offer.

And while that may be more difficult with inactive subscribers, the good news is that if they get to the body of your email, they have at least opened it, which is already a significant first step.

Since they have shown that initial interest, you can build on it by instantly matching the headline’s expectations and delivering as much value as possible.

Whatever you hooked them with on the headline, you should make sure that you expand on it, make it even better or more appealing, and don’t lose their attention with boring or irrelevant paragraphs.

You could also consider doing an entire series of emails, teasing them about what they’ll find in the next one, and getting them used to the idea of opening your emails.

It’s hard to expect your very first reactivation campaign to be a smashing success. While you may get some people to open your emails, getting them further won’t be easy.

But the good news is that you can use the data about the performance to make steady improvements until you are satisfied with the results.

Even though you might not be able to make all of your old subscribers engage again, at least part of them are likely to still be interested, and meticulously tracking your performance can help you get their attention.

Finally, even though you can be persistent with inactive subscribers, there is a limit to how far you should go. If a subscriber still doesn’t take notice even after multiple attempts, you should remove them from your list and exclude them from all future campaigns.

At this point, you hopefully are starting to see that just because some of your subscribers have been inactive for a long time doesn’t mean they all can’t be recovered.

By understanding who you are talking to and making them take notice of your emails, you will take the first step in getting them to become engaged again, which will help you get more sales without pursuing new leads.