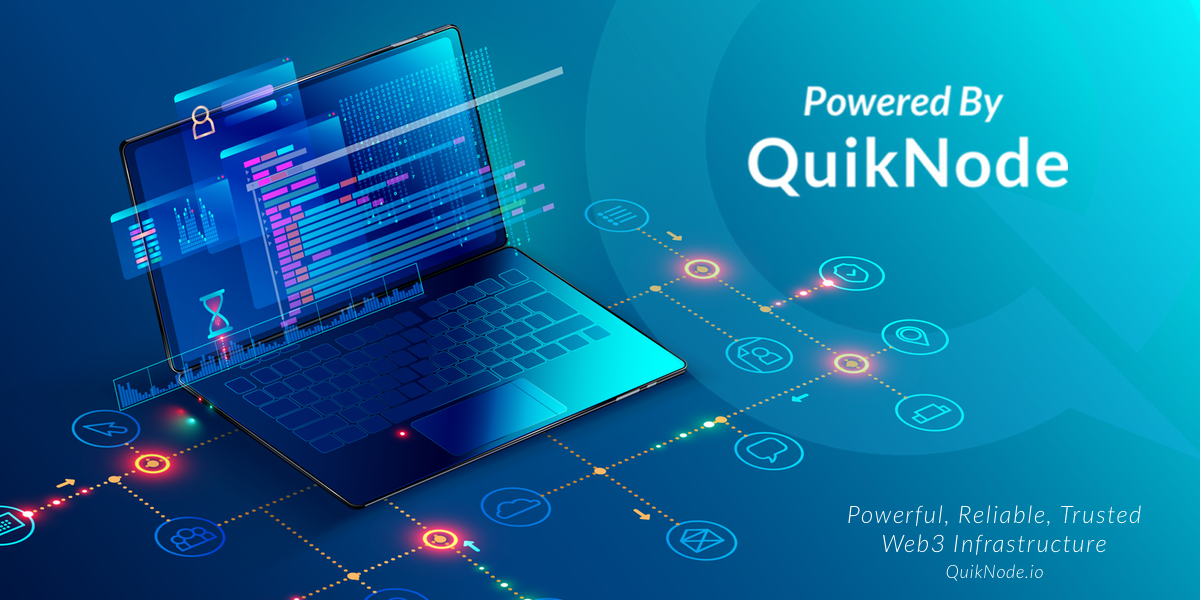 In our feature story for startups today we are chatting up with Dmitry, one of the co-founders of QuikNode, a startup that provides cloud-hosted Ethereum nodes for developers and power-users. We delve into the startup’s story to learn what the inspiration behind their product was, and how they have been growing since launch in the ever expanding blockchain market.

Although Dmitry’s team’s interest in blockchain technology goes back to 2013, they started playing with Ethereum (programmable blockchain) in spring of 2017. During summer of 2017 there were many new blockchain projects offering their tokens for sale, and this caused the few websites that supported interacting with the Ethereum blockchain to face infrastructure problems — to support the influx of new users.

“We were, you can say, “victims” of this infrastructure failure, so we reached out to the owners and asked how we could help,” says Dmitry.

The idea to offer users their own ‘express lane’ to the blockchain for a small fee, so their transactions would be recognized and processed quicker, came to the surface. They created an outline and started working on a Proof-of-Concept (POC). Shortly after testing the POC, the team began working on an MVP.

“About 2 weeks after the concept, our MVP was ready. Then, after a few weeks of testing and tuning, we launched QuikNode.io to the public in July 2017. So, in this sense, we solved an issue for ourselves — because now we could interact with the Ethereum blockchain without having to worry about third-party infrastructure (which was overloaded or unavailable quite often during heavy network traffic/congestion — which was common in Q3/4 2017 thru Q2 2018).” He continues, “And we soon discovered that we were also solving an issue for dApp (decentralized application) developers — because they too were using public infrastructure for their backend (which was unreliable).”

“Furthermore, we were giving these developers an option they didn’t have before, because the only other Ethereum node service was a cache API layer, which is different from what we offer (a dedicated Ethereum node, with direct connection to the blockchain).”

The strategy by QuikNode follows through a lot of what has been emphasized in the real world by successful entrepreneurs and startup founders. To create a good business you have to solve a problem even if it were for a niche market like QuikNode’s market. Again, the emphasis on creating a proof of concept then moving forward to create a Minimum Viable Product was a good step to ensure the product launches faster, and iterations are based on real customer feedback. One of the most important factors is that the team at QuikNode was solving a problem they were actively experiencing in their day to day; which gives the startup a huge chance of success because every issue arising is personal for the team and the product development is really heartfelt and experiential.

Dmitry adds, “It’s important to solve an issue for something one has interest in — i.e. has skin in the game. This way one knows first-hand the barriers & challenges. This can share the reward/benefits with an entire community, helping lift and evolve the entire ecosystem. Especially for emerging tech, the ‘grassroots’ approach is better for long-term sustainability.”

QuikNode was the first to offer dedicated Ethereum nodes as-as-service.

“And if one were to sync a Node from scratch, it would take days or even weeks. There were a handful of other services which offered a shared node option. With access via an API, but no one was offering a service where one could. Within 10-15 minutes and a few mouse clicks, have a ready, fully-synced, dedicated node. Which was monitored and up-kept to guarantee integrity, stability, performance, and reliability.”

QuikNode is active in the Ethereum community on Twitter. They support and sponsor Ethereum and blockchain events and Hackathons.

“We sponsor tutorial articles and videos to educate developers on blockchain technology. We have a Slack channel with over 500 members of developers and enthusiasts. Which is an open channel for users to share ideas, receive support (especially from peers facing similar issues), provide feedback and discuss happenings in the ecosystem. We also built an example application (Qwallet.io) which uses our service as the back-end. To demonstrate how one could use our service, and also solving an issue for users like ourselves (because at the time there were no websites which one could search and see the value of an account in a nice, simple display)”

“Get to know your customer/user. Engage with users and ask them how they found you. How they’re using your product/service and which problem(s) it solves for them (example, example, example),” suggests Dmitry.

Building your product is important. Of more importance however, is listening. You have to learn to listen to the feedback your customers provide because that leads to growth.

“Then iterate! We started out as a custom node service for MyEtherWallet.com — almost all of our customers were power-users. We listened to feedback and tuned our product to suit power-users making it easier for them to set up and use QuikNode. Over time, we noticed more developers inquiring about our features. So we listened and added features for developers (example, example). So, find your product-market fit/niche and purpose by listening to the people brave enough to try your product first.”

As we conclude, Dmitry is not hesitant to tell us the direction of his startup beyond 2018. “We are constantly iterating and improving QuikNode.io, and will be rolling out new features. Such as node analytics, new node options, and support for additional blockchains as well! Soon we’ll also be rolling out our second public-facing product, QuikNode PRO — https://QuikNode.pro — which is due out of beta soon. We also have plans for a third project, but it’s still under wraps!”

We hope you enjoyed reading about QuikNode, our feature startup of the week. Let us know if you have anything more to add to this story in the comments section or by chatting us @thepressfarm on Twitter.