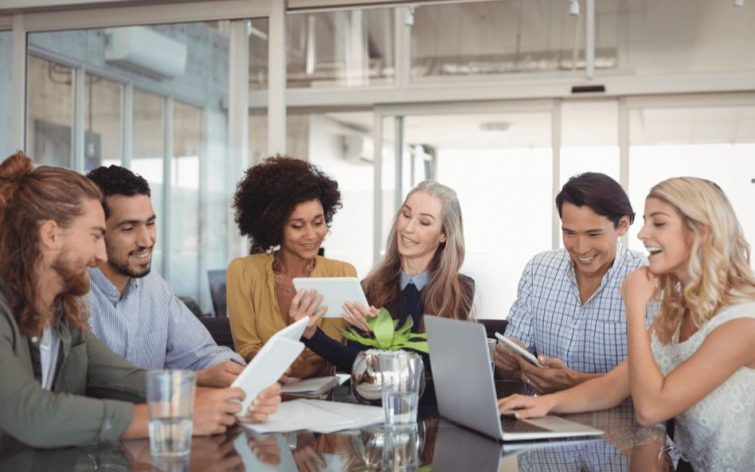 How should you be using your press releases?

According to some people, press releases are becoming obsolete. Contrary to popular belief, a good press release can do wonders for your brand image. It’s only when you produce press releases to announce every little development at your company that they become obsolete. Think about it – if you send a press release out to announce everything from a new hire to the redecorating you recently did at your headquarters, journalists will eventually stop paying attention. Unfortunately for you, this means that when you actually have something newsworthy to announce, no one will be listening.

In order to make sure you understand how to use press releases effectively. Let’s talk about what a “press release” is and what it does.

Now that you understand what press releases are used for, let’s talk about how to create an effective press release. First and foremost, you must understand the structure of content before you can create successful content.

If you’re writing a press release, where should you focus your attention?

When you’re drafting a press release, you should start with the fundamentals including who did what, when and where it occurred, and why. With this structure in place, evaluating the significance of the news you’re sharing becomes easier. This is important because if your news isn’t important, your press releases won’t make waves in the public as you’re hoping they will.

How to write a press release properly

An essential element of creating publicity is targeting the release to the right audience.

The press announcement should be succinct and straightforward and presented in chunks of information that journalists can easily copy-paste. Journalists are always on the go. If they have to edit your press releases before they share your news with the public, they may give up on the task before they’ve even started. For this reason, it’s important to get a professional who is not only a good writer but also a skilled editor to create your press releases for you. This way, you can be confident that you’re sending a press release that will create a positive brand image for you.

Do you need help writing a professional press release for your brand? Check out our press release templates for some ideas on how to structure your announcement. Alternatively, you sign up for a Pressfarm PR package. We know most founders juggle many responsibilities at once, so it becomes hard to focus on creating the perfect press. If you sign up for our Campaign or Launch package, we can take press release writing off your plate. This way, you can focus on product development and whatever other responsibilities you must take care of.

In addition to writing professional press, the PR specialists, expert writers, and certified designers at Pressfarm are skilled at developing winning guest posts and eye-catching media kits. With this content, you can capture media attention and win your target audience over.

We’ve also built a content distribution strategy that has proven successful for hundreds of brands. By submitting your content to the right media outlets and startup directories, we can boost your online visibility and ensure your brand ranks in relevant search results across different search engines. Our media database can also help you connect with over 1 million journalists across different industries and share your brand story with the world.

With a press release from Pressfarm, you can capture attention when it matters most.

According to experts, making direct and concise statements is far better than waffling on about your subject. A press release that is well-formatted also stands a better chance of being widely distributed.

Some Guidelines for Writing a Press Release

A press release will often begin with the name of the city from where it was issued, followed by the publishing date. You should always include a memorable headline in your press releases. Always write in the third person, providing fascinating facts from an objective angle (in the same way that the media would report your story). If your information isn’t engaging, take a step back first. Consider using a video to make your event or announcement more interesting. It’s also a good idea to tie your press releases to a current trend or significant event to increase its credibility.

Try to avoid using formal, dry language. If you don’t want to lose your reader with your opening sentence, keep it as brief as possible. The bottom line is that if the news you’re making an announcement about is boring, your press releases will most likely be boring as well. Always make sure you’re crafting a newsworthy press release that people will be interested in.

A press release should include more than just facts and numbers. In order to create an effective press release, it is generally good practice to include quotes from noteworthy individuals who are essential to the business or the event. This could be a corporate executive or a representative of a charity organization that will profit from the event. Press release quotes don’t always have to be an exact copy of what someone said during a news conference. Rather, the press release is more likely to be a refined version of the statement, one that advances the pressing objective.

Your end goal as a press release writer

The primary goal of each press release is to promote some important and distinct news clearly. A press release achieves three advertising and sales goals.

A press release is designed to distribute information about your company in the hopes that a writer will find an angle and use it as the basis for an article.

You can also use your press release to create more exposure for your brand by linking to your website and social networking sites.

Using a press release to boost your online presence

You don’t write your press release to boost your brand exposure and connect with the public alone. It’s also an excellent tool for optimizing your SEO. Beyond being a good marketing tool, a professional press release also helps you boost your online visibility across search engines. This makes it easier for people to find you by doing an organic search for keywords associated with your brand. With the right press release strategy, you can produce one that goes beyond capturing media attention and also earns you a good ranking on search engines like Google, Yahoo, and Bing!

What a press release isn’t

A press release is not a foolproof marketing weapon. Neither is it the only public relations strategy you should be using for your brand. Always keep your expectations reasonable and complement your press release with other content marketing strategies. You should be prepared for major media outlets not to pick up every single press release you produce. If this happens, do not give up hope. Incorporate press into your public relations plan, and make sure you keep them up to standards. If you keep coming up with fresh methods to differentiate your press release from the crowd, you’ll start to see results.