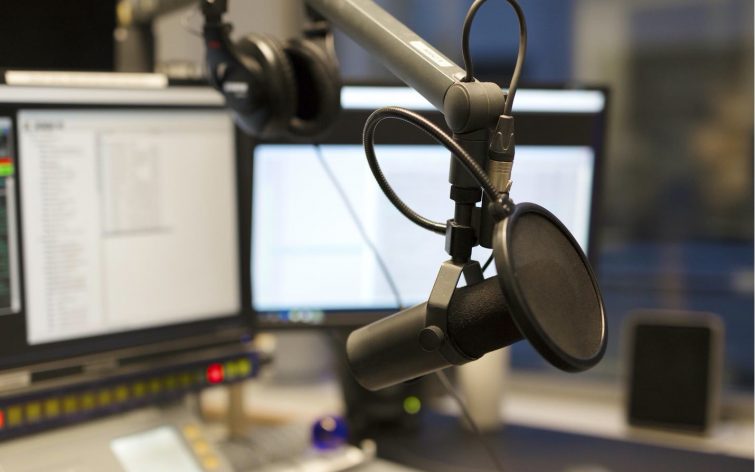 Podcast marketing is a huge thing nowadays, and several businesses have used this strategy to successfully grow their business. At the outset, only a few people saw the relevance of podcasts. For some, it’s just another modern radio program that is not within their interests. But the truth is far from that.

Today, podcasts are easy to locate, obtain, and access. Listeners can simply tune in at their most convenient time. Episodes can also be downloaded and retrieved whenever the listener wants to. The most recent podcast stats show that podcast listeners have a combined total of 15 billion listening hours in 2021. This is a significant increase from two years ago.

If you want to know how podcasts evolved to be the popular on-demand service that we now know today, then keep reading below.

What Is A Podcast?

A podcast is a multimedia format consisting of a collection of voice-based digital files. It’s a neologism derived from “broadcast” and “pod,” and many people associate it with the iPod’s rise to popularity—and for good reason.

Ten years after the internet radio was created, the podcasting you know today came into existence. Before the introduction of a modern podcasting media network, podcasts were known as “audio blogs.” These audio blogs served as a groundbreaking means for individuals to distribute their voices over the internet by enabling them to capture, upload, and distribute content. In the early 2000s, audio blogging was founded by David Winer and Christopher Lydon and was distinguished from both broadcast and internet radio in various ways.

Primarily, podcasting favors niche listeners and unique interest material, much like cable television and blogging. Aside from that, podcasts allow producers to make edits or incorporate sound effects in advance, whereas live radio does not. In other words, podcasts are a more curated form of radio broadcasting.

Podcasting And How It Started To Thrive

The concept of a Podcast was first invented by Ben Hammersley of The Guardian in 2004. When he used the words “iPod broadcasting.” Apple founder, Steve Jobs, made it possible for the average listener to access podcasts by integrating them into the iTunes interface.

Most users have over 3,000 podcast subscriptions and are able to save episodes into their iPods and listen to them later even without an internet connection. This happened in 2005. It was a groundbreaking idea at the time, but it still had a long way to go.

Fast forward to 2016, where over a billion people are downloading podcasts each month, and is this now considered one of the fastest-growing media on the planet. It had grown from simple audio recordings to audio files with special effects and storytelling techniques to spread knowledge and entertainment to various listeners. The low production costs of podcasting also inspired other content creators to venture into it.

It is now feasible for small businesses to start their own podcast because of recent advancements and easier accessibility. By 2024, it is estimated that there will be 100 million podcast listeners in the United States alone. As you can see, this great interest in the medium signifies an imminent change: the era of podcasting is becoming prominent.

More platforms have also entered the picture. Spotify had been competing with Apple and was in a position to surpass the latter by 2021. The Swedish streaming service took a series of strategic steps to become one of the leading podcasting platforms today.

Early pioneers of podcasting were enthusiastic about giving independent creators the ability to break free of traditional media boundaries. The industry is now following in the footsteps of film and television streaming, with the number of popular podcasts vying for distribution, reach, and growth.

The Future Of Podcasts

Podcasting is on the verge of being subsumed by larger companies, just as with previous mediums. Nevertheless, this is merely the beginning. Podcast analytics have caught up to corporate needs, enabling enterprises to see who has listened to their content and the total amount of time spent on it. Hence, starting a podcast is now considered a great way for businesses to foster brand recognition and customer engagement.

Nowadays, listeners can tune in to a podcast anywhere and anytime. This media format is a better alternative for audiences who are always on the go as it does not require full attention. People can listen to a podcast during their commute, and even while working or doing chores at home.

Podcasting has exploded into a billion-dollar industry since the turn of the millennium. It is now one of the top multimedia formats in the world. You can say that it is just a more evolved form of radio broadcasting. However, unlike radio programs, podcasts are not limited by geographical location, format, and accessibility. On the contrary, listeners can stream a podcast of their choice anytime and anywhere through a platform and a stable internet connection.