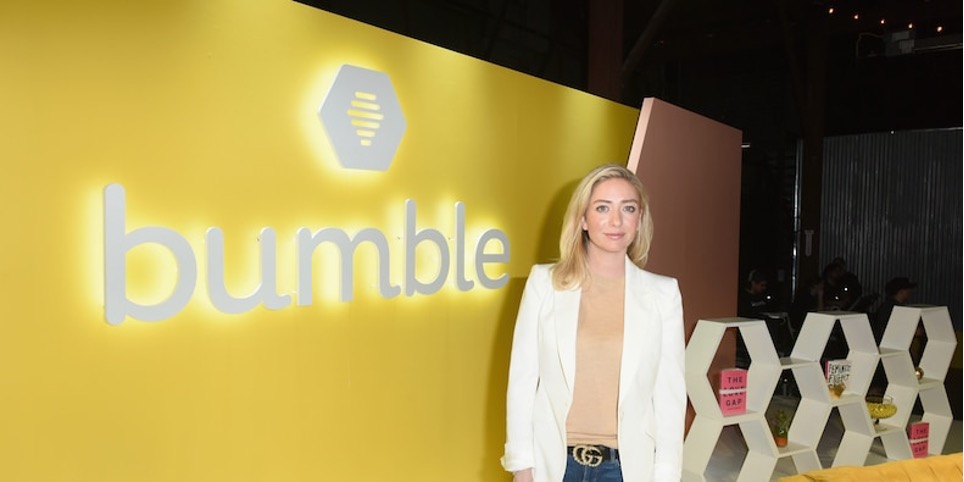 When dating apps launched into the market in 2012, they succeeded because they completely transformed the world of dating. One of the frontrunners for this new way of dating was now 33-year-old Whitney Wolfe Herd. Herd started her career on the Tinder development team and went on to create Bumble – the dating app designed to empower females.

With the help of digital marketing professionals, Herd has presented a flattering front for her business. She also relied on outsourcing PR and marketing to experts in the industry. This proved to be beneficial for her business. Startups and entrepreneurs can do the same by hiring PR agencies like Pressfarm at an affordable price.

Pressfarm is a PR agency that offers a unique set of PR services to companies worldwide. Their PR professionals and expert writers help companies create newsworthy content that creates a memorable brand image. From writing winning press releases to designing creative media kits and crafting engaging feature articles, Pressfarm has what it takes to help you make a good impression with your brand.

Each client also gets curated media lists to help them connect with media contacts in their niche. Furthermore, with each PR package, companies can access their PR database of over 1 million journalists to find their perfect media match. Pressfarm also helps increase online visibility by helping brands feature in relevant search results across major search engines. It is because of agencies like Pressfarm that companies can effectively achieve media coverage.

This article will look at some “failures” of Whitney Wolfe Herd. Beyond that, we’ll talk about how she has managed to overcome these failures and become the successful businesswoman she is today.

1) Creating a business out of conflict

As mentioned, Herd was part of the development team for the dating app Tinder. She later became co-founder and vice president of marketing. Furthermore, she was credited with increasing its popularity on college campuses and growing its user base. However, she left the company in 2014 due to increasing tensions with other company executives.

After leaving, she filed a lawsuit for sexual harassment against her ex-boss and ex-boyfriend Justin Mateen and alleged that they had wrongfully stripped her of her co-founder title. Throughout the case, she experienced online abuse from strangers and was portrayed negatively. This is an all too familiar experience for women who have made public sexual harassment allegations. When the abuse turned into threats, she decided to step out of the limelight and developed the idea for a women-only social network called Merci, which focused on positivity. The settlement provided her with $1 million-plus stock in the company.

Herd overcame this “failure” in the most significant way possible, creating an app that was in direct competition against Tinder and changed the dating dynamic. Thanks to the lack of a non-compete clause, Herd was able to start Bumble. It took her a while to regroup and figure out her next steps. Be that as it may, she decided that rather than sulking about the events that consequences of the lawsuit, she would take back some control by creating a platform for women to take control of the dating game.

She could’ve failed, especially since what drove her to create the company was revenge. If Herd had not put her vendetta aside and done her research, then she could have failed from the very beginning. By deciding to take on Tinder, she was entering what was by then one of the most competitive digital fields. She realized that in order to stand out, she needed to create something that was truly revolutionary.

2) Stubbornness in the beginning

During the lawsuit, Herd was adamant about not entering the dating industry again. This is why she turned down the offer from Andrey Andreev when he asked her to be part of the online dating network Badoo at CMO. Herd stated that she wasn’t for hire, and she wanted to start a company that was not related to dating in any way. She did, however, share her idea for a women-centric social network with Andreev. Although he liked her proposal, he ultimately decided to stick with what he knew best – online dating.

As talks continued, Andreev told Herd that he wanted to combine her marketing and branding ability with the infrastructure, capital, and resources that he could provide. While it took some convincing, after Herd settled the Tinder lawsuit, she took Andreev up on his offer.

Even if Herd had not chosen to partner with Andreev, she probably would have found another way to create a business. However, with his help, Bumble received an initial investment of about $10 million for launch marketing and additional funds to fuel growth. He may have held 79% of the company at the time but Herd was the founder, CEO, and 20% owner of Bumble. Furthermore, this partnership helped her to tap into Badoo’s infrastructure and Andreev’s expertise in the dating market.

Through Badoo and Andreev’s experience, Herd and her company were able to view tests that had been run over the last decade, data that proved the effectiveness of various monetization efforts, and experience what it was like bringing in a new product to the dating market.

As we all know, Bumble is a women-centric dating app that provides women with the ability to begin the conversation first and take control of their conversations. It proved to be quite successful because hundreds of women were having negative experiences on dating apps that put all the control in men’s hands. In other words, Herd’s initial target audience was ready for this shift.

However, as previously mentioned, the Internet has now provided people with the ability to voice their opinions online. Even with Bumble, there were people who were skeptical of this shift in the dating dynamics.

Once a victim of online harassment, Herd is committed to making the Internet a kinder place for women. From the beginning, she has made it very clear that while her company is female-focused, its goal was not to be sexist but to make the dating game feel more modern. By giving women control of initial contact, the company presented a more comfortable way to communicate than its competitors. The controlled environment that Bumble provided resulted in many women opening up about their needs. For example, women shared that they also cared about finding friendships and creating a professional network. These results inspired Herd and her team to develop two more platforms that focused on platonic connections and building a professional profile.

In addition to that, she has also advocated in front of the Texas State Capitol to create a law that punishes individuals who send out unsolicited nude photos. She strongly believed that it was time for laws to protect women online. At that time, governments were only concerned with sexual harassment offline. Even so, Herd helped them to realize the advancements in technology called for the law to protect people online as well as offline. Since then, she’s reached out to legislators to implement additional state-level bills in New York and California.

In 2019, Herd’s close friend and business partner, Andreev, faced allegations of racism and sexism in the workplace. This would have dramatically affected the company, especially given its stance against both racism and sexism. The alleged misogynistic, toxic culture of the parent company and majority owner, MagicLab, would have destroyed any loyalty users had for the brand.

After news broke about these allegations, Herd released a statement saying that she had had nothing but positive and respectful experiences with Andreev. Despite her supportive statement, she did not take his side. Rather, she stated that she would never try and challenge someone’s feelings or experiences in this situation. Due to the nature of her brand, she knew that she had to come out with a statement that reflected her brand identity.

Ultimately, Herd wound up succeeding Andreev as CEO of MagicLab after he sold his stake in MagicLab to private equity firm The Blackstone Group. After taking control of MagicLab, she decided to fund the UK-based gay dating app Chappy, co-founded by Jack Rogers, Max Cheremkin, and Ollie Locke. Since she was impressed with Chappy’s unique approach, she decided to invest in the app, in addition to offering product development and marketing support for the company.

Businesses have been relying on digital marketing strategies to improve their connection with their audiences. On the other hand, Bumble relied on traditional PR and marketing to reach its already-digital audience. The Bumble team used platforms like storefronts, transportation platforms, and other out-of-home advertising venues to highlight their values.

The risk that their digital users would not connect to their content because of their choice of platform was high. Even so, Herd’s strategy paid off, because she was still able to connect with her target audience.

In order to stay relevant in a highly saturated market, companies need to find new ways to create unique and exciting content. Bumble used its thorough research to understand the importance of combining traditional and digital marketing to reach its audiences. By focusing on location-based ads in people’s neighborhoods, hangouts, and workplaces, Bumble was able to highlight the diversity in the online dating community.

Moreover, the Bumble campaign relied on social media marketing and influencer marketing as part of its campaign strategy. The mutually beneficial relationships the company created with thought leaders and experts allowed the brand to reach larger audiences.

Despite the reason for launching Bumble and the conflicts that Herd has had to experience, she has managed to develop something that helps people find love, and develop friendships. Beyond that, she’s helping people create professional networks in a safe space. Herd has shown that regardless of what people say and do, good crisis management and a calm mind are crucial to success.