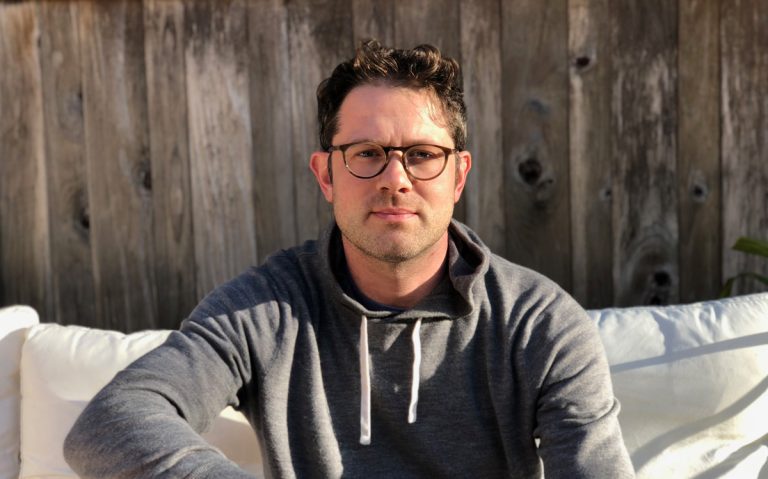 In the past decade, Netflix has risen to rival the biggest producing companies in distributing movies and television. It has been a great success story for the company ever since they first embraced online content, then went full steam ahead with producing original show after show, movie after movie. Today, it is arguably the biggest company in the industry in terms of subscription numbers, with other streaming websites just now playing catch up.

Overall, streaming of online content has made big steps as far as shows and movies are concerned. The same cannot be said for short films, however. In a chat with Wes Fleming, Founder of Miniflix TV, we learn how huge of a task it still is trying to find a reliable home for short films, and how Wes and his team are determined to change that.

In the era of Netflix, Hulu, and a thousand other streaming companies, it is easy to understand what miniflix.tv is trying to do.

“Miniflix is an online portal for award-winning short films,” says Wes. “It started out as a simple idea many years ago, while I was attending grad school for my MFA in film and television. Occasionally we had Friday night viewings of each other’s horrible short films. I mean…some were…okay, but we were just learning our craft. But anyway, we would consume these short films together in the same way people now get together and binge the latest season of Stranger Things. And that is when it hit me…why isn’t there a Netflix for short films?”

If the idea at first seems to be a naive one, Wes can sympathize. After all, he knew that short films were being distributed and exhibited somehow. “I know they are out there!” he exclaims. “I’ve seen them at festivals. But then where are they?”

Where are they? It’s a question consumers have had a tough time answering since the dawn of the short film as a medium. Even in the current age of technological specialization, where people have fallen in love with companies that choose a niche and specialize in it, the short film market has been largely underserved. While companies like YouTube and Vimeo are great places to watch content, any short film enthusiast can attest to how much of a nightmare it can be to find, or keep track of, high quality short films there.

Seeing this great a need in the distribution space made Wes all the more anxious to get a platform built and running. “At the time I had no idea how to build it,” he says. “But beyond the technical obstacles was the problem of short film awareness, or lack thereof. In graduate film school we studied feature films, or scenes from feature films every film student knew and had seen several times. But when it came to short films, we were expected to write, direct, and produce them.

We were rarely expected to study them. I know there were professors and students from my school and other schools who loved and appreciated award-winning short films. So what was the disconnect? It was then I realized it was only the lack of access to the top-notch short films that was keeping film professors from requiring more study of them. It would take me moving to San Francisco, picking up advertising, and eventually learning about A/B testing, app development, content, and streaming to realize my idea in grad school could become a reality.”

While there has indeed proven to be a need for a short film streaming home, the question of what an award-winning film is might be a very relative and subjective argument. Getting a preview into some of the films that have been curated at Miniflix seems like the best way to start the conversation.

“Below are a list of films we’ve curated and will be curating,” says the founder. “Some are more popular than others, but each film we curate promises a unique look at the world. For instance, Baghdad Messi shows how violence has failed to crush Iraqi children’s passion for football. It may not have names like Matthew Modine (Stranger Things) or be a Kanye West vehicle like Spike Lee’s We Were Once a Fairytale. Nevertheless, like so many films in our library, it aims to be a purely entertaining or heartwarming story.”

MISTAKES MADE BY FILMMAKERS

One of the reasons why short films have not made as much headway into the mainstream as TV shows and movies is because so many of them do not meet a high enough standard to warrant attention.

“Short film is a subjective medium and one might find meaning or relate to a film that others might not. However, in my opinion, short filmmakers make the same mistakes as feature filmmakers,” says Wes. Everything good or bad about a short film usually depends on the director’s personal intentions, and the intentions that director has for his or her audience.”

“While there are many mistakes a short filmmakers can run into,” Wes continues, “there are two ways I can think of off the top of my head that they can best avoid mistakes.”

“Too often short filmmakers want to use the medium for a simple story gimmick or camera trick or VFX shot they want to show off—‘because Quentin Tarantino does it, I can too’ sort of thing. When this happens, it’s easy to miss the opportunity to put a slight twist on a Tarantino-like storyline. An engaging story and original way of telling that story will last long beyond any technical fad or popular genre of the times.”

“With Miniflix, we are relying on years of festival credentials and award-winning storytellers to build a community where new filmmakers can learn from master storytellers who themselves have original voices to share with the world. It’s about getting the best of the best short films out there for promotion and for education,” Wes relates.

Without understanding how to get users or how to get the word out about your company, it can be very hard to grow a platform of this kind. It takes clear but strategic public relations maneuvers to grow awareness, something Wes realizes going forward.

“One major strategy we are looking forward to launching in early 2018 is our directors/producers/short film programmers AMAs. We’ve selected a group of industry experts with various backgrounds to do a live AMA. Some of these people have short films on our platform. We think it’s important for young filmmakers to hear from the best, pick their brains and learn from their paths, struggles, and process. We think this is the key to building a successful community of filmmakers.”

MARKETING OF SHORT FILMS VS FEATURES

“Though the obvious major differences are in budget and distribution model,” suggests Wes, “it is important to note what kind of features short films are being compared to. A feature-length indie, for example, is actually marketed quite like a short film. Both can have budgets in the $100-350K range, though some short films obviously have much, much lower budgets than that. Nevertheless, both usually rely on one bankable element (a recognizable actor/actress from movies or television) to gain a bigger audience.

Feature-length indies and short films usually live or die on the festival circuit, meaning getting accepted into festivals, and then placing, are often the best one can do in the way of distribution. Studio-backed features are obviously a whole different animal. They can’t rely on multi-million-dollar advertising budgets along with huge theatrical roll-outs to get the word out.”

By launching a platform like Miniflix TV now, Wes hopes that in future years it will become easier for amazing short films with small budgets to find success by being streamed for hundreds, if not thousands, of eyes.

It is always essential to distinguish yourself when you get in a niche where there are so many players, both big and small. However, the positive side of things is that Miniflix doesn’t have its focus on all films, but just shorts.

“The advantage Miniflix has over other platforms is that you are getting access to unlimited short films for one price in one place,” Wes adds. “Instead of TVOD (Transactionable Video On Demand), we are a Subscription on Demand (SVOD). This means once you subscribe you have access to hundreds of the same and more short films as iTunes, or Amazon, only without the hassle of paying separately for each one.

We believe this huge and instantly available library of short films will be ideal for film school communities. This is because it will allow whole classes to create Watchlists based on themes and guides. Finally, short films can be studied in school with the seriousness they deserve. After all, the more you study something, the better you get at it. We’d like to believe that, in the long run, our service will lead to more festival-ready films coming out of film schools than ever before.”

Looking at how much Netflix has grown and expanded in the last five years alone, the same growth awaits this young startup in the coming years. The founder is well aware of the challenges, but he has the ambition, and expertise, to match. “We want to grow to the stage where we create our own original, award-winning short films, original short series, and even VR (Virtual Reality) originals. We’ve already built our iOS and Android Apps, and our VR app is next in line,” he notes.

A VR film school awaits Miniflix TV’s 2019 plans, despite it being a radical shift from the typical consumer content models already in place. Wes finds VR education and distribution to be “an important initiative in nurturing the next generation of filmmakers”. It’s no surprise Wes wants to be an early adopter of VR filmmaking, which is widely considered the biggest technological disruptor to modern filmmaking since 3D. He and the Miniflix brand have already proven themselves major disruptors in a short film industry desperate for change. They will no doubt continue to do so in the months and years ahead.