Movie PR – Top Movie Reporters to Cover Your Project in 2023 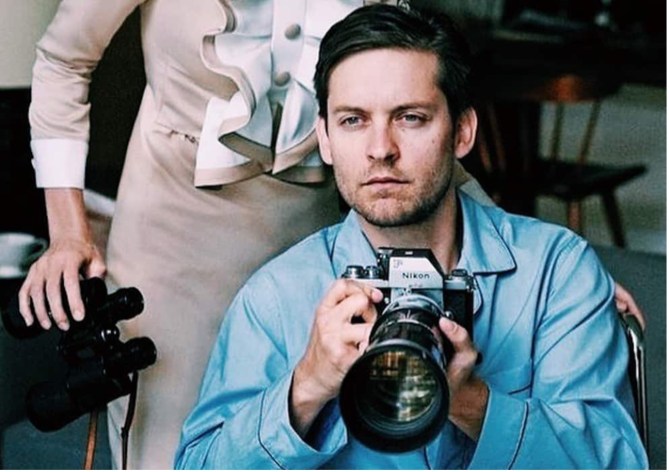 When you’re producing a film, it’s important to know who the top movie reporters are so that you can reach out to them and get some feature articles published to promote your upcoming film. Since its inception, the film industry has undergone remarkable changes, some prompted by individual members’ aesthetic ideals, some by business need, and others by chance.

Along with the progression and advancements of the film industry comes the importance of the role of the individuals who write and communicate about it to the public.

From a broader perspective, journalism can be best defined as the process of locating, editing, developing, and publishing news stories, as well as material produced and presented for publication in a newspaper, magazine, or broadcast news source. More specifically, film journalists are individuals who use their informative writing skills and the latest technology to create documentaries, articles, and investigations about films that span from the creation of the industry to the present.

In this article, we will look at the top film journalists in the industry at the moment, along with the different sectors, so that you can choose the right media professional and format for your film.

What is film journalism?

Compared to music, writing, and painting, which have existed since antiquity, film is a comparatively recent art. Early film writing attempted to prove that films could be classified as a form of art. Picciotto Canudo published a manifesto in 1911 declaring the film to be the “Sixth Art” (later “Seventh Art”). For decades afterward, the film was still held in lower regard than other established creative genres.

By the 1920s, film critics began evaluating it for more than just entertainment value. As the medium grew in popularity, influential newspapers hired film critics. Audiences in the film business grew increasingly silent in the 1930s as films were now accompanied by sound. Audiences were affected by print news sources reporting on movies in the late 1930s, and criticism became mainly concentrated on audience reactions in cinemas.

New forms of critique began to emerge in the 1940s. Essays analyzing films with a unique appeal and style attempted to persuade the reader of the critic’s point of view. The advent of these techniques was responsible for bringing cinema criticism into the mainstream, attracting the attention of numerous popular publications. This eventually made film reviews and critiques a mainstay of most print media. As the decades passed, the fame of these critics expanded. As a result, names like James Agee, Andrew Sarris, Pauline Kael, and, more recently, Roger Ebert and Peter Travers became household names in the field.

Before diving into the industry’s top film journalists and media professionals, let us look at the different sectors.

The first sector of film criticism is journalistic. It involves film critics who work for newspapers, magazines, broadcast media, and internet publications who tend to focus on new releases. However, they also review older films. One of the most significant functions of these evaluations is to inform readers about whether or not they should see the movie. A film review will summarize the plot before evaluating the film’s virtues or problems. A scoring system is frequently used to summarize the verdict. There are a variety of rating systems available, including 5- or 4-star scales, academic-style grades, and pictograms.

In the 1980s, the television show Siskel & Ebert At the Movies, hosted by Roger Ebert and Gene Siskel, popularized the concept of film reviews in a television format. Both reviewers had established careers in print media and continued to write reviews for newspapers in addition to their television shows. Some well-known journalistic critics include James Agee (Time, The Nation), Pauline Karl (The New Yorker), and Manny Farber (The New Republic, The Nation).

Academic criticism, often known as film theory or film studies, goes beyond journalistic film criticism to investigate cinema. These film reviewers seek to figure out why movies work, how they operate aesthetically or politically, what they mean, and how they affect people. Rather than writing for mass-market outlets, their pieces are typically published in scholarly journals and texts issued by university presses or occasionally in high-end periodicals.

The majority of scholarly film criticism follows a similar pattern. They frequently feature story summaries to either refresh the reader’s memory of the plot or underline the sense of repetition in the film’s genre. Following that, there are usually debates regarding the film’s cultural setting, significant themes, and details about its legacy.

Academic criticism is usually split and taught as a number of different disciplines, each of which approaches criticism differently. These can include the following: formalism, structuralism, historical, psychoanalysis, political and economic.

Formalism examines how things are done and how they appear in their form or shape. Structuralism looks at how movies are sequenced, their distinct styles, and how language and art produce meaning.

Historical criticism examines a film’s culture and surrounding environments rather than the actual statements made in the movie. The historical critic will make sense of anything that isn’t expressed or presented plainly in the film. Psychoanalysis deconstructs the unconscious that one may encounter when watching a movie. Finally, there’s political and economic, which examines how economics and politics are depicted in the film and how they influence its creation, marketing, screening, and sale.

Many aspects of filmmaking and production, as well as dissemination, are addressed by academic film criticism. Camerawork, digitization, lighting, and sound are among these areas. When it comes to literary film criticism, narratives, dialogues, themes, and genres are just a few of the many elements that academic film reviewers study and evaluate.

Websites like Rotten Tomatoes and Metacritic aim to make film reviews more useful by aggregating them and assigning a score to each one to measure a film’s overall reaction. Other aggregators, such as the Movie Review Query Engine (MRQE), are less well-known.

Blogging has also given a new generation of amateur cinema critics a platform to voice their ideas. These film review blogs may concentrate on a single genre, director, or actor or cover a wide range of films. Visitors to these blogs, whether friends or strangers, can often add their own comments regarding the film and the author’s review. Despite being much less popular than their professional counterparts, these blogs can attract a following of like-minded people who seek evaluations from specific bloggers. These people enjoy these blogs because they have discovered that the critic constantly displays a remarkably similar attitude to their own.

These film critics are usually academics with a background in film. Some websites focus on specific topics of film criticism. For example, there are websites dedicated to particular content advisories that parents may use to determine whether a film is appropriate for their children. Additionally, some specialized online websites cover the independent sector in-depth, with a style more akin to print journalism. They tend to avoid advertising and present uncompromising viewpoints that are not influenced by commercial interests.

Last but not least, online film criticism includes user-generated reviews. The typical moviegoer can now express their opinion on films thanks to community-driven review services that allow internet users to post personal movie reviews. Many of these sites allow users to rate films on a 0–10 scale, while others utilize the 1–5, 0–5, or 0–4 star rating system. These votes are then turned into an overall rating and ranking for each film.

Users often need to register with online review sites to submit reviews. In this way, they’re similar to open access polls. They have the same benefits and drawbacks. For example, there’s no assurance they’ll be a representative sample of the film’s audience. On other occasions, online review services have provided dramatically different results from scientific audience surveys. Similarly, even while some movies are well-rated (or poorly rated) across the board, reviews and ratings for numerous films can vary significantly between review sites.

Geoff is a well-known film journalist in the United Kingdom and began his career as a programmer at the Electric Cinema in London while studying classics at King’s College. He then went on to work for Time Out as an editor and chief film reviewer.

He’s also a regular contributor to a number of film-related publications, including Sight and Sound. He’s also the author of several vintage film publications, particularly interested in French cinema.

Anne is regarded as one of the industry’s most respected film journalists, having worked on a wide range of projects and releasing many novels on a variety of subjects. She began her career as a writer for Time Out and Tatler in the early 1990s, before going to The Sunday Telegraph as the Film Critic until 2001.

Anne was named one of the ’25 Female Film Critics Worth Celebrating’ by the British Film Institute in 2015. She is now a freelance cinema journalist who contributes to various publications. She also tweets about the latest movies to her roughly 10,000 followers regularly.

Adrian is most recognized for his work as a film journalist for the BBC. Here, he spent 15 years evaluating the latest releases. He has also worked as a television critic and has written for the prominent cinema website Popcorn.net.

Adrian now resides in Israel and works for the well-known Haaretz publication. He does, however, continue to contribute to many titles in the United Kingdom.

James has been a film critic for BBC Radio One for a number of years, where he made his name as a cinema reviewer. He’s appeared in a cameo in the 2004 horror-comedy Freak Out and has contributed to several radio programs and television segments in the film industry.

He currently plies his trade for the BBC as a film journalist and contributes to Hello Magazine. Aside from journalism, James has published several books about the film industry. His most recent book, Be More Keanu, was released in 2020.

Thelma is a well-known American novelist and film journalist who began her career at US Weekly in 2000. She started writing for several entertainment publications before going to Yahoo! Movies.

Thelma has also worked at the Academy Trophies. Where she interviewed some of the world’s biggest stars just after they received their awards. Her debut novel, Playdate, was published in 2011. She followed it up with her second novel, The Last Woman Standing, in 2016.

Regardless of which format a film review takes, there are a plethora of individuals that can take on the responsibility. The rise of user-generated content has caused journalists and media professionals to shift the way they talk and review a film. However, we still need journalistic expertise in a world of content consumers who are increasingly picky.

At Pressfarm, we understand that the process of collecting relevant media contacts can be frustrating. This is why we have created a media database with over 1 million media contacts. With this media database, you can be sure that you will maximize the reach of your story and secure maximum coverage. Our Account Executive can also provide a personalized media list of the most relevant film journalists in your niche with any of our PR packages.

If you need help tailoring the perfect press release to send to these media professionals. We also offer templates that you can use. Alternatively, you can sign up for our Campaign package and let us worry about all of this. From writing a professional press release to developing engaging guest posts that will give you a positive brand image, we’ve got you covered. Beyond just creating this content, we can distribute it and get it placed in relevant media outlets within your niche. Additionally, we will also design an eye-catching media kit that highlights unique aspects of your brand, and do some targeted pitching for you. Sign up today and let us know how we can help your brand get the publicity it deserves.