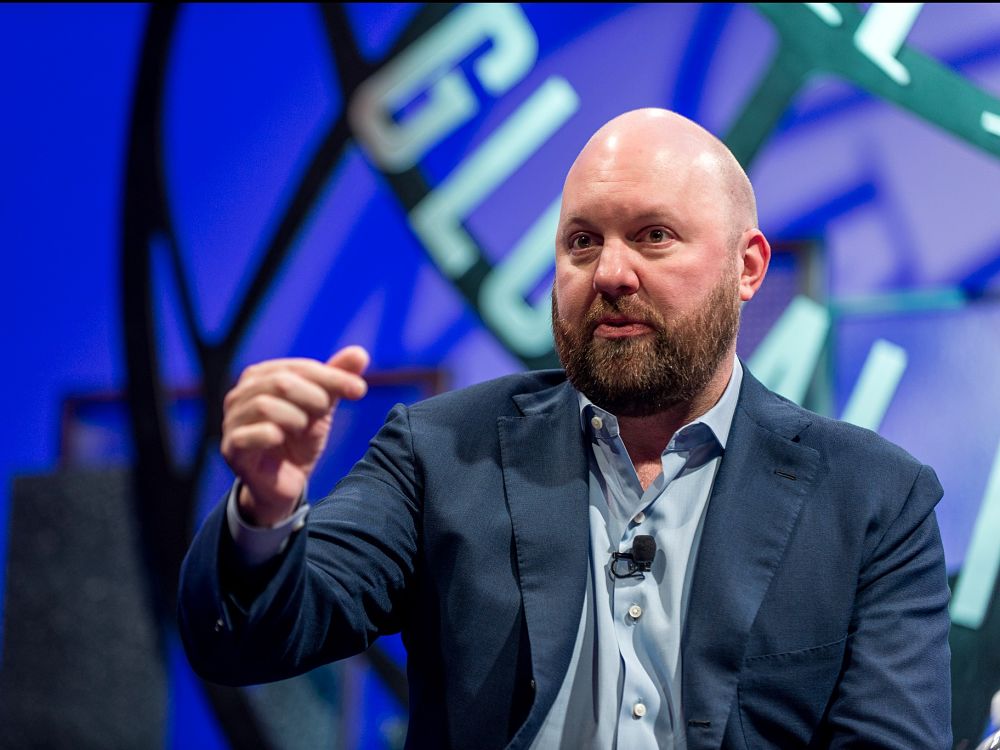 Marc Andreessen is a software engineer and entrepreneur who first came to fame when he created Netscape, one of the first web browsers in the world. Even so, today Marc is better known for his investing skills, as demonstrated by his venture capital firm – Andreessen Horowitz. With a net worth of $1.35 billion as of September 2022, Andreessen has reached impressive levels of success.

As you might expect, this entrepreneur is a prime example for startups and entrepreneurs looking to get ahead in an increasingly competitive landscape. In fact, Andreessen had a huge following on social media and was known for offering startup advice on a regular basis. However, Marc “quit” social media recently in a controversial fashion. These days, he confines most of his advice to interviews, events, and major publications.

With this in mind, let’s take a look at seven pieces of advice from Marc Andreessen for entrepreneurs and startup founders:

1. Adapt to Technology or Get Ready to Disappear

Needless to say, Marc is fully aware that technology is changing at an increasingly fast pace. After all, few people know about Netscape today. This is in spite of the browser being such a big deal when it first arrived on the scene.

As the tech guru points out, when technology changes, you need to adapt. At the same time, this is not only true for tech businesses today but rather every business in every industry. You see, more and more major companies rely entirely on software. What’s more, just as many businesses are focused online as opposed to having brick-and-mortar stores, offices, etc.

For example, Amazon is the prime example of how shopping has moved online but even Walmart has illustrated the power of technology by using software to power distribution and logistics. What’s more, this revolutionary move has enabled them to completely outperform their competitors.

Takeaway – Every business needs to be willing to adapt and change to remain relevant.

2. Master a Modern Style of Leadership

When you take a look at the most successful businesses today, you should see that most of these organizations have a very fluid and flexible style of leadership. More specifically, these businesses are run by inspiring leaders who tend to identify objectives and then leave their subordinates to choose how to reach this goal.

Needless to say, there are many intricacies and differences between all of these leaders. However, it’s clear that freedom is a major force in terms of motivating the workforce. As it turns out, the associated creativity is just as important. In fact, this is often how many top brands manage to come up with especially exciting ideas en route to reaching a specific objective.

3. Build Your Passion Before You Start a Business

As a rule, Andreessen believes that too many businesses start for the wrong reasons. On the other hand, the most successful startups are usually the result of a product that was created by passion. Too many startups fail simply because the founder was motivated by becoming their own boss.

Instead, Marc believes that startup founders should focus on the product and ensure that passion is always the key motivator for what they do. When you think about it, this makes perfect sense. After all, many of the best inventions are the result of the creator studying or focusing endlessly on their idea without any real reward.

For example, Apple and Google were both started in a garage. Facebook was created in a college dorm room and Andreessen built Netscape in a similar setting twenty years ago.

Takeaway – Build for passion and not for the sake of owning a business.

4. Concentrate on your Niche

The development has changed a lot in recent decades. Today’s startups tend to focus on creating full-service setups as opposed to building particular tools or technology. For example, instead of building useful niche software for a small business, the startup might take on the role of creating multiple forms of software. What’s more, they will move to full-stack development in order to aim for a bigger market share.

However, Marc is quick to say that these full-stack organizations are much harder to operate and manage. More specially, they require a much greater extent of experience when it comes to management.

Takeaway – Try not to overextend the initial purpose of the startup.

5. Introduce the Startup with Honesty

Marc gives great insight into venture capitalists and angel investors. In fact, Andreessen is a well-known investor in startups and very familiar with this particular process.

When it comes to the crunch, Marc says that he will only invest in a project when he finds a clear and effective introduction to the company. With this in mind, if the introduction is vague in any way, he moves on to the next project. Interestingly, Andreessen compares this to sales. He believes that any failure to properly introduce the company means that they will also have trouble trying to sell the product or idea later.

On the other hand, Marc insists that a company that makes an effort to be honest and transparent shows a willingness to change in order to progress. For example, if they acknowledge past failure, this shows confidence and willingness to adapt in order to succeed.

Takeaway – Create a clear introduction and be honest with investors.

6. But Beware and Be Patient with Investments

When Marc Andreessen started out with Netscape, he picked up some valuable lessons relating to investors. One of these lessons was rather unfortunate and leads him to say that startup founders and entrepreneurs should be very careful to gauge the credibility of investors.

It’s expected that a business needs financing. However, Marc emphasizes that the investor must be willing to disclose a list of people with whom they have worked in the past. On the other hand, if the venture capitalist is not willing to provide this contact information, it’s often best to decline the investment entirely.

Also, you should expect the traditional bank loan to be a drawn-out process. In some cases, you might have approval within a couple of months. In reality, it will often take three to six months before the finance is available.

7. It is Always Time to Build

According to Andreessen, the COVID-19 pandemic caught us less prepared than we should’ve been. This is especially true, given the fact that we had already received numerous warnings about bat-borne coronaviruses prior to 2021. Now, almost three years after the pandemic first struck, we are still scrambling to distribute vaccines and rebuild our economies.

The kind of complacency that made us vulnerable to COVID-19 is the same complacency that leads to business and government failure. Andreessen affirms that for entrepreneurs and world leaders, it is always time to build.

How to prepare before a crisis

Rather than wait for a crisis to hit your company before you react, be proactive and build systems that bolster your business against an attack. Likewise, we should not be waiting for a global health crisis to reveal the inequalities in our healthcare system. Rather, we should fix those inequalities before they become an issue. The key to success in business, as in life, is to always keep building.

If you’ve been waiting for the perfect way to change the world, then you should build something that helps society move forward from this pandemic. Or perhaps something that helps businesses survive the impending recession. But don’t stop there. Rather, once that is done, always keep building towards a better future.

When it comes to startups, Marc Andreessen is a prime example of how to get ahead. It’s true that his exit from social media was a little unusual. Nevertheless, success follows him around and his sage advice is just as relevant today – even without social media.

Do you need to create a buzz for your startup? With a professional press release, a few compelling guest posts and a creative media kit from Pressfarm, you can capture media attention and inspire your target audience. The Pressfarm team is also skilled at doing media outreach to put this content in front of the right eyes. With personalized media lists built by a Pressfarm Account Executive, you can work with the best journalists in your niche.

In addition, as a client, you can use Pressfarm’s comprehensive database to connect with over 1 million journalists across different industries. With their content creation and distribution strategies, the experts at Pressfarm work hard to boost your online visibility. To this end, they help your brand feature in relevant search results across search engines. With one of Pressfarm’s affordable packages, you can finally put your brand on the map.