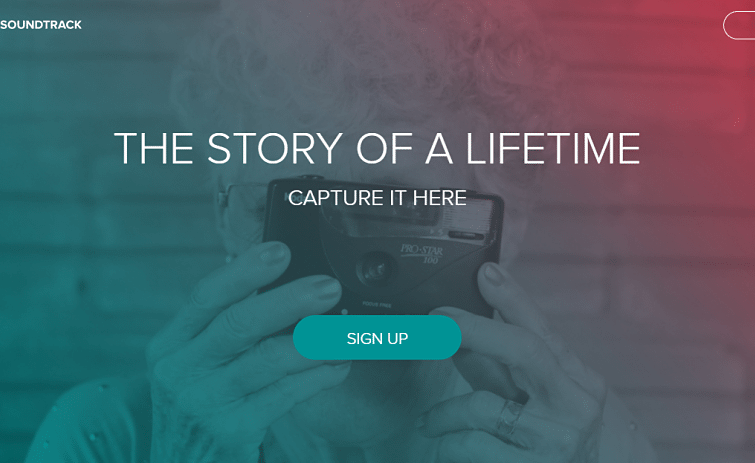 In one of our interviews this week we caught up with Sue Kemple, the CEO of My Last Soundtrack. In our discussion, we looked at the legacy experience. My Last Soundtrack is a platform that helps users tell the story of their lives in music, photos and words. This helps users approach death with a greater sense of courage, a little bit of humor, and a really cool vibe.

Over 70% of people have to have critical conversations about end-of-life planning at the end of their lives. These conversations are necessary to plan for and prepare wills, advanced directives, powers of attorney, funerals, etc. The founders of My Last Soundtrack wanted to create a tool that could move people from resistance to acceptance. My Last Soundtrack is designed to be a gateway that helps get the conversation started by celebrating their lives – especially through the power of music. The platform is deliberately designed to move away from the more somber and morose vibes that surround the end-of-life and death care industries. Instead, they offer a more appealing and inviting place to get the conversation started. With that said, catch our discussion with Sue Kemple below.

About My Last Soundtrack

The first thing we want to do is understand what My Last Soundtrack (MLS) really is. Sue says “Founded in 2015, My Last Soundtrack began as a simple app where people could craft. Share a soundtrack for their last party (more often and darkly referred to as “your funeral”) on planet Earth. MLS has since evolved into a platform to generate an E-legacy – for yourself or a loved one. Which you can craft and share in as little as an hour.”

MLS was founded to ease the grieving process after losing a loved one. As Sue narrates, it is not just the music part that matters, there is more to MLS.

“Our team – consisting of two founders, our CEO, and our Director of Marketing. They originally worried only about that grieving relative playing the wrong music at your last party. As we spoke with people who were actually dealing with their imminent departure and those who have lost loved ones, we discovered that they wanted more than just the music that captured their lives. They wanted pictures, perhaps their favorite stories, lists of things that they loved, maybe even audio or video. And of course, their music.”

She continues, “Most of all, while developing our site and getting feedback from potential stakeholders (i.e., anyone who is going to die someday), we discovered that we needed to help people get the conversation around end-of-life issues and death started. Why? Because well over 70% of us haven’t even begun to think about it. Music is a gateway, and one’s legacy is a softer place from which to launch into these uncomfortable but necessary conversations.”

Most of the time, legacy sites do not approach things from a technology angle. In fact, grieving people who might be looking for sites to help them celebrate their loved ones’ deaths or handle the grief do not think of technology and innovative startups. Sue remarks, “They don’t, but another question we have been constantly asking ourselvesis “How can technology make approaching end of life matters easier?” We understand the value letters, photographs, stories, memories, music, voices, advice etc. have in a person’s life. “

She continues, “Most of these mementos are finding their way into the digital space these days – we all have a digital legacy, whether we realize it or not. While we see some people still engaging with this through scrapbooking or writing memory books, we wanted to create an eternal (and modern) place for these important facets of someone’s life to live and be easily shared with everyone who loved them.”

Vision for the legacy experience

Startups enter a space to change things and lay an impact that will bring a shift in thinking within its niche. My Last Soundtrack wants to achieve nothing less.

“Our vision and mission for My Last Soundtrack is twofold: first, we want to create an effective and positive gateway for individuals and their families to approach end-of-life conversations. On the other hand, we would like to create a space where individuals can grieve and commemorate the life of a loved one who has already passed. We regard the word “soundtrack” as a metaphor for life – a constantly moving experience, necessarily dynamic, with an end at some point. Paradoxically, our technological approach is aligned with more ancient wisdom: death is just another part of life, it shouldn’t be sanitized or avoided.”

Most people avoid talking about death. Several others just don’t want to think about it and Sue advises otherwise.

“It should be accepted, embraced even,” she says. “Our lives should be celebrated in a positive way, not in the dour fashion our culture has over time deemed appropriate. We’ve created a space where people can share what matters most to them – the lessons they’ve learned, the values that define them, and yes – their music.”

“Currently, other ‘legacy’ sites that exist have an atmosphere that is dark and foreboding. We wanted to create a welcoming site, with positivity, a touch of humor and a slightly edgier vibe to create a unique space to not just talk about death, but to celebrate life,” she remarks.

Death is a difficult event to discuss. However, Sue agrees that the user experience on the platforms and mobile apps in this niche has to make it easier for the user to grieve joyfully without making a mess of the interface. At MLS, that is the goal.

“While this is still a work in progress, our main goal throughout our design and creation process was to create a site that was simple enough for all generations and all technology levels to use. With an easy drag and drop feature for photos, simple instruction and sign up process along with helpful hints throughout the page we believe most people by themselves (or possibly with the help of a family member) can create a Last Soundtrack if they want,” says the CEO.

To other startups getting into this space, she goes on, “The advice would be to make things as simple as possible and then ask and test and test again, stand over the shoulders of people testing it, do lots of UX texting, with people of all levels to gain insight into their experience.”

MLS wants to impact on the future of this space, and in the process create a platform that people celebrating the end of their lives will find pleasurable to use, and if anything, heartwarming.

As we come to the end of the interview, Sue Kemple concludes, “We plan to continually iterate according to the expressed needs and suggestions of our users. Currently, we envision new features and functions such as audio, the inclusion of multiple music playlists and multiple slideshows, and the transfer from the legacy site of someone living to a memorial site when they die, containing funeral information, condolences, and fundraising portals for partner organizations.”