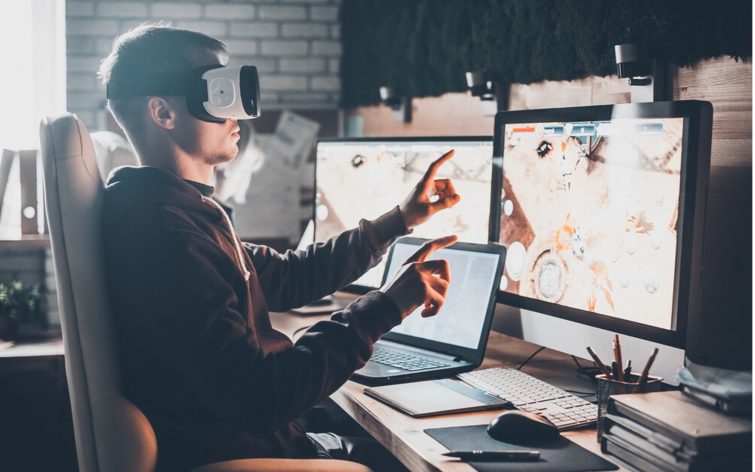 \\\There are many crowdfunding platforms that startups can use to raise money and build a community of supporters. The question is, which one is the best? Ultimately, startups should choose whatever platform best fits their goals.

This article will compare three of the most popular crowdfunding platforms: Kickstarter, Indiegogo, and Patreon.

Since the platform is quite popular, there are many tech magazines, online publications, blogs, and individuals who browse through Kickstarter regularly to see what new campaigns have recently launched. Companies that create engaging, eye-catching campaigns can gain lots of free publicity when they get noticed. This could help grow a brand even if their crowdfunding efforts were not successful.

Do you need help generating publicity for your crowdfunding campaign? With Pressfarm, you can create a buzz for your campaign and drive more people to your Kickstarter page. By writing a professional press release, crafting engaging feature articles and designing a creative media kit for your brand, the team at Pressfarm can help you to make a splash with your campaign. In addition to creating quality content for your brand, Pressfarm can also help brands to do media outreach.

Using our comprehensive media database, you can connect with over 1 million journalists across industries. Moreover, with some personalized media kits, you can work with the best journalists in your specific niche to get the word out there about your campaign. Ultimately, partnering with the PR experts and professional writers at Pressfarm will boost your online visibility by helping your brand to feature in relevant search results across different search engines.

Once a campaign goes live, it is easy for startups to keep track of what is happening with the campaign. They will receive up-to-date statistics, be able to communicate with backers easily, and be able to promote their campaign in multiple ways. Startups can also purchase a domain name that can redirect their campaign and embed it onto their owned media.

To get crowdfunding cash through a campaign on Kickstarter, the startup has to meet its funding goals. Failure to do so means the startup won’t get what they could’ve raised from the pledges.

Given that the length of the average crowdfunding campaign is up to 90 days, early supporters might forget that they pledged to a campaign. As a result, when the charges go through on their online payment method, these supporters might dispute them. This makes it difficult for some startups to access all the cash that backers pledge.

Unlike Kickstarter with its all-or-nothing framework, Indiegogo allows startups to collect all the funds from a campaign. If their campaign doesn’t reach its funding goals and they want to earn cash, the fees are higher. However, the startup will receive compensation for the crowdfunding efforts.

Unlike Kickstarter, which has a maximum period of 90 days for any crowdfunding campaign, Indiegogo allows a campaign to be live for up to 120 days. This provides startups more time to begin marketing their campaign to their target demographics. This is especially beneficial if they have not done any pre-campaign work to increase their exposure. However, since most contributors tend to donate at the beginning or end of a crowdfunding campaign, it can also be a disadvantage if not used effectively.

Compared to Kickstarter, Indiegogo does not have a wide brand exposure, with overall traffic levels on Kickstarter being about 4x more. That does not mean that a startup won’t be able to benefit from a crowdfunding campaign going live. It just means that they need to work a little bit harder to get the exposure they want from their target demographic and find more creative ways to generate interest in what they are offering.

Even if a startup does not receive total funding for a campaign, they must still provide rewards if they have offered support for the campaign. This can put a startup in a weak financial position if they do not have the budgetary infrastructure they were expecting to have. Ultimately, they need to pay for the internal infrastructure costs to get the rewards out to the people who contributed.

While Kickstarter charges a flat 5% only on successful campaigns, Indiegogo will charge a 9% fee on the total amount raised if a startup chooses to take the cash donated but did not meet the fundraising goals. However, with the addition of Generosity, more startups can meet their financial obligations when the unexpected happens.

Patreon is a crowdfunding platform specifically created for artists, online celebrities, and influencers who work in the content creation and development industry. The platform has seen a huge growth in publicity over the past few years. Its approach to rewards-based crowdfunding is unique, and this is what sets it apart from Kickstarter and Indiegogo. Generally, with the other two crowdfunding platforms, backers support creators with one-time pledges in exchange for rewards. However, Patreon’s model encourages patrons to subscribe to a creator’s content and make recurring payments on an ongoing basis in exchange for access to their content. Patreon prides itself on being a crowdfunding site for creators because it helps them earn a consistent, steady income from the crowd. This platform is particularly ideal for content creators like viral video makers, online journalists, bloggers, and musicians because of its funding model.

When startups create an account on Patreon, they are asked to categorize their projects and work into the platform’s 14 different categories. These are: video & film, writing, drawing & painting, podcasts, photography, science, crafts & DIY, music, comics, animation, games, comedy, education, and dance & theatre. Patreon is ideal for entrepreneurs and creative teams that are continuously creating content. Startups with other kinds of projects in need of crowdfunding like non-creative business projects, and medical emergency fundraising should check out Kickstarter or Indiegogo instead.

Once a campaign goes live, startups can add more information to their page. This information can be accessible to everybody or restricted to payments depending on the reward level they choose. To access funding, startups can choose either monthly payments from patrons or “per creation” payments.

Like other rewards-based crowdfunding platforms, Patreon lets startups offer rewards to their “patrons.” Unlike Kickstarter, the platform only recommends it, but doesn’t require it. The platform suggests the following when considering what rewards to offer:

While most reviews are primarily complementary, Patreon’s Help section is not as extensive as it should be. For this reason, it might not be clear for startups looking to see how funding on the platform works and what portion of their funds go toward processing fees. At the moment, the information is there, but it takes a bit of time to sift through and dig through this information.

Even though the premise of the crowdfunding platform is to gain recurring payments on an ongoing basis it can be challenging to get people to make a regular financial commitment to a startup. Generally, though, it is a more complex proposition for many than making a one-time donation.

In addition, a serious issue arose in 2018 when numerous creators and startups saw significantly lower payments than previously obtained due to Patreon’s refusal to accept their subscribers’ payments. Along with that, many creators and startups found that they could not access their remaining funds on that platform. Patreon cited “suspicious behavior” as the reason for this restriction. Due to the platform’s limited help section, the creators who were going through those problems often received no feedback, clarification, or help from the platform.

Whichever crowdfunding platform a startup chooses, it is essential to know that an effective crowdfunding campaign should be a part of an overall business strategy. Regardless of whether the campaign is on Kickstarter, Indiegogo, or Patreon, brands need to implement strategies, planning, and efforts to make it successful. They can either create these strategies on their own or with the help of PR professionals like those at Pressfarm.