Jeff Bezos Net Worth and Predictions in 2021 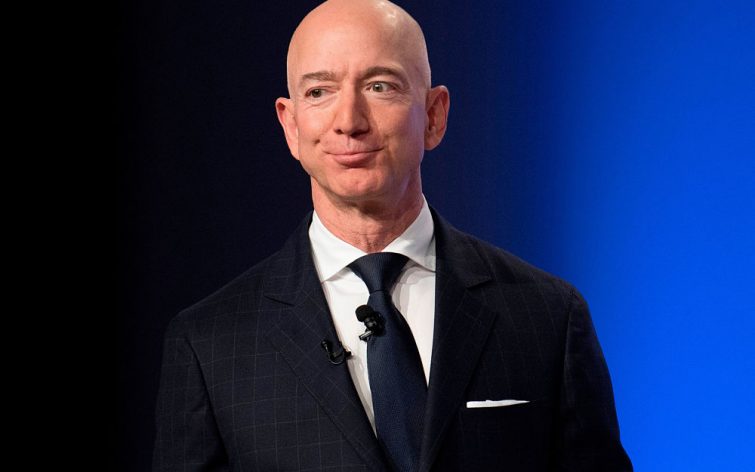 Jeff Bezos, the Amazon CEO, continues to predict the future with incredible accuracy. It’s been 21 years since he first predicted the rise of Amazon and eCommerce. A keen look into the Amazon story will show that a lot of what Jeff Bezos expected to happen finally came to pass. Little did we know back then that all along he was shaping Amazon for today’s economy.

Bezos has announced that he will be stepping down as CEO of Amazon later this year. Bezos plans to stay involved in Amazon’s important projects, as executive chairman. He is also hoping to have more time to develop the Bezos Earth Fund as well as other Amazon ventures. Bezos, who has a net worth of $182 billion as of March 2021, will be replaced by Andy Jassy, CEO of Amazon Web Services.

But what does the world’s richest man have to say to the budding entrepreneurs of today? And what can startup founders and entrepreneurs learn from his success?

Here are five predictions from Jeff Bezos that will help entrepreneurs get ahead in 2021:

Jeff Bezos recently stated that Amazon was built on a long-term marketing strategy and a belief in creating shareholder value as opposed to short-term gains. The Amazon CEO believes that long-term objectives should not be guided by short-term reviews. Entrepreneurs can take this same approach by identifying the right core principles.

For example, repeat customers and revenue growth are the two main objectives for Amazon. Needless to say, encouraging repeat purchases goes beyond making an initial sale. Revenue growth from increased purchases is likely to nurture increased profits for the long term instead of a fast buck for tomorrow.

As the importance of personal branding also continues to rise, it makes sense that establishing media relationships and customer values is much more beneficial for entrepreneurs who want to get ahead. Brand image has continuously propelled Amazon to be seen as the leading eCommerce company worldwide.

For startups and entrepreneurs who want to get into the eCommerce field, it is better to build your brand image for this long-term goal. Implement some digital marketing and PR strategies to help you take control of your long-term goals.

2. Optimization and Measurements for Advertising Campaigns

When Bezos gave a talk recently, he highlighted the fact that many companies give up on their digital marketing efforts too soon. More specifically, he explained how many entrepreneurs and business owners were quick to try out Google Ads or Facebook Ads but not patient enough to capture the right results. In most instances, the companies would never return to these methods. According to Bezos, this is the result of a very flawed and self-destructive mindset.

As online platforms become increasingly crowded, Jeff says that entrepreneurs need to take time to perform more keyword research and optimize their advertisements. After launching a campaign, he also said that it will be increasingly important in the year ahead to measure results and change accordingly. Either way, patience is key and entrepreneurs should suppress any desire for a “silver bullet”.

The secret to winning in the online world is not by abandoning your marketing campaigns at the first try because you failed. It is by measuring the correct metrics, digging into that data and optimizing your marketing efforts for a second run. The more you optimize, the more you learn and the fewer mistakes you make in the future. Companies that have figured out what to track and measure, how to interpret their data, and when to tweak or optimize their campaigns have benefited a lot from their data-driven marketing campaigns.

Takeaway – Entrepreneurs will need to take time with marketing campaigns and learn from the results.

3. Retailers Will Need to Partner with eCommerce Giants

While many marketers or business owners are predicting the ‘death of eCommerce’, Jeff Bezoz believes that this industry will adapt and continue to grow at an exponential rate.

Sears is one of the largest department stores in the history of retail. It was valued at more than $30 billion just over ten years ago. However, the emergence of Amazon and growth of the eCommerce industry resulted in the incredible fall from grace of this giant with its market cap now sitting at just $100 million.

In fact, as the Sears stock has continued to plummet in recent years. Amazon and other eCommerce companies continue to go from strength to strength. Admittedly, Sears was not ready for the internet. We have seen Walmart create a balance between its online and retail stores which has helped it to stay among the leading retailers worldwide.

But what does this mean for retail?

You have noticed some of the larger brands partnering up with eCommerce companies over the past year. More specifically, Target and Walmart have invested heavily online but according to Bezos, retail requires superior experience. Skills and tech of eCommerce wholesalers in order to survive.

Takeaway – eCommerce is not dead and certainly not expect to die any time soon.

Data-driven decision-making has been trending in recent years. This trend is not only evidence in the evolution of leadership but also in digital marketing. Even Google has shown a clear preference for data-backed content in the most recent “Medic Update”.

Jeff Bezos sees that data-driven concepts will be the future and entrepreneurs should be heavily focused on using scientific research to support their endeavors.

This is something in which Bezos has financially invested. He is a well-known angel investor among data-driven companies.

For example, Mind strong Health is an app which relies on scientific research to identify signs of mental health and depression. Meanwhile, Grail is a blood testing company which seeks to spot cancer at the earliest possible stage. When treatment for the illness can be far more effective. Bezos has also invested more than $200 million in “Plenty” – an agricultural company that uses scientific research to improve traditional farming methods.

Takeaway – Whatever the business, entrepreneurs should embrace scientific studies and research.

5. Voice Will Matter, But Not As Much As Many People Think

“Voice interface is only going to take you so far on shopping.” – Jeff Bezos

Depending on whom you listen to, voice is the next major area for growth in digital marketing. Amazon is a leading pioneer for voice thanks to Alexa. While many marketers and business owners are rushing to build their concepts around voice. There is certainly a ceiling for the capabilities of audio.

Jeff explains how there is still going to be a need for visual content with any online experience except for music and podcasts. He also goes on to say that voice will be useful for menial tasks such as re-ordering diapers or stocking up the kitchen. However, for everything else, people want to see what they buy.

With this in mind, it’s important not to confine a business to any one category. Rather, entrepreneurs should embrace every format or platform to ensure the business is not vulnerable to change in the future. Focus on your visual content as much as your voice-driven platforms.

Takeaway – Don’t “put all your eggs in the one basket’ and realize that voice is just another format.

6. The 21st century will be an “Indian century”

On a visit to Amazon India’s event for small and medium businesses in January this year, Bezos predicted that the 21st century will be an “Indian century.” In addition, the most important alliance in this century will be an alliance between India and the US.

“In this 21st century the most important alliance is going to be the alliance between India and the United States. The world’s oldest democracy and the world’s largest democracy.”

He also predicts that by 2025, Amazon will use its global footprint to help India export over $10 billion worth of products made in India. These predictions about the Indian market arrive in the midst of many changes in the global marketplace as a result of COVID-19.

While Jeff Bezos is one of the most credible entrepreneurs from whom to take advice. We know that nothing is certain online and ‘change’ is the only real constant. At the same time, trends are there for a reason and advice from Bezos is usually right on the money.

As a startup founder, adapting your PR strategies to the changes predicted above while also developing your product isn’t always easy. This is where PR agencies like Pressfarm come in. We offer a unique set of PR services to help you launch a successful PR campaign. These include online press release distribution, press kit creation, an extensive PR database, and expert advice.

Pressfarm is armed with a team of PR specialists, expert writers and certified designers who are all skilled at producing the kind of content that can capture media attention and inspire your target audience. With a professional press release, some engaging guest posts and an eye-catching media kit, you can make a splash in your industry and stand out from your competitors.

We’ve also developed a content distribution strategy that’s designed to put your brand in front of the right eyes. By submitting your content to respected media outlets and startup directories, we can boost your online visibility and ensure your brand ranks in relevant search results across different search engines.

Finally, our media database of over 1 million journalists across different industries is designed to help you keep doing media outreach for your brand long after we’ve wrapped up your campaign at Pressfarm. With Pressfarm, you can make a name with your brand and win more clients over.