ICOs vs IPOs: How to Choose For Your Cryptocurrency in 2022? 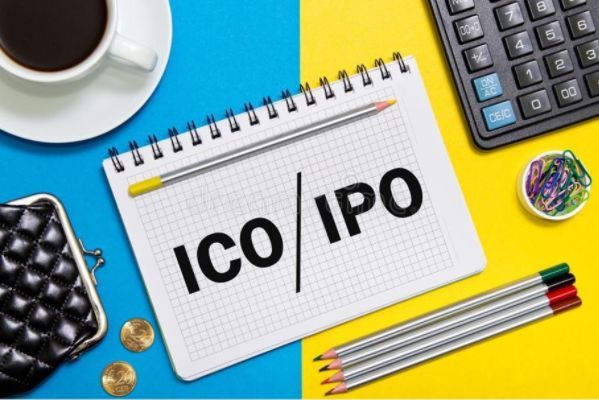 Since the cryptocurrency space exploded, alternative coins to Bitcoin, also known as altcoins, have emerged. The use cases and potential value of these altcoins differ from that of the original cryptocurrency, Bitcoin. Ethereum, for example, was created by adding smart contract functionality. A POW (proof of work) back-end, and a platform to use and enforce them on Bitcoin. Po.et and other coins provide unique use cases and value to the end-user.

These altcoins have recently sparked a surge of interest in a new phenomenon known as an initial coin offering (ICO). These initial coin offerings (ICOs) have raised hundreds of millions of dollars in some cases. All based on the potential value they offer to the cryptocurrency world. An ICO is a chance for investors and other interested parties to buy the altcoin that a specific project is offering in the same way they would buy company stock.

An ICO allows investors to profit from the increase in value the company will experience after the ICO is closed and the company goes live. The ICO works in the same way as an IPO. Which traditional companies use to allow interested parties from the public sector to purchase stock before it grows. The main difference is that ICOs sell tokens that can use as a mode of currency within or outside of the platform.

In this article, we will compare ICOs and IPOs and look into the advantages and disadvantages of both.

It usually creates a detailed white paper with information about the cryptocurrency project. This white paper explains what the project is about, what needs it will fulfill once it is completed. How much money is required, how many virtual tokens the founders will keep? What type of money will be accepted, and how long the ICO campaign will last.

Project supporters and enthusiasts use fiat or digital currency to purchase some of the project’s tokens during the ICO campaign. The buyers refer to these coins as tokens, and they are similar to shares of a company sold to investors during an initial public offering (IPO). If the funds raised fall short of the firm’s minimum requirement. The money might be returned to the backers; at this point, the ICO is considered a failure. On the other hand, if the funding requirements are met within the specified timeframe, the money raised is used to pursue the project’s goals.

The process of offering shares of a private corporation to the public in a new stock issuance is known as an initial public offering (IPO). An initial public offering (IPO) allows a company to raise funds from the general public. The transition from a private to a public company typically includes a share premium for current private investors. Can be an important time for private investors to realize gains from their investment fully. Meanwhile, public investors are allowed to participate in the offering. Before a company hosts an IPO, the company is considered private.

They generally start with a small number of shareholders as a pre-IPO private company. Including early investors such as the founders, family, and friends and professional investors such as venture capitalists and angel investors. An initial public offering (IPO) is a significant step for a company to raise substantial funds. This increases the company’s ability to expand and grow. The increased transparency and credibility may also help it obtain better terms when seeking borrowed funds.

When a company believes it is mature enough for the rigors of SEC regulations and the benefits and responsibilities that come with being a public company, it will begin to advertise its interest in going public. This stage of development usually occurs when a company has reached a private valuation of $1 billion or more, also known as unicorn status. However, depending on market competition and their ability to meet listing requirements. Private companies with solid fundamentals and proven profitability potential can also qualify for an IPO.

Meanwhile, the public market provides millions of investors with the opportunity to purchase shares in a company and contribute capital to its shareholders’ equity. Any member of the public who is interested in investing in the company – whether as an individual or institution – is considered an investor. Overall, the number of shares sold and the price at which they are sold are the determining factors for the equity value of the company’s new shareholders. In a private company, shareholder equity is represented by the shares owned by investors. With an IPO, shareholder equity increases significantly with cash from the primary issuance.

People can invest in a company through both initial coin offerings (ICOs) and initial public offerings (IPOs). When it comes to small businesses, ICOs and IPOs can help them raise capital and grow, but of course. As mentioned above, there are differences in how they are regulated and how they operate to raise funds. The stage your organization is in and the goals you want to achieve will determine which strategy you should pursue. For example, if you’re running a startup, you probably won’t be ready for an IPO, so an ICO is a better option. You can use an ICO to raise funds with little risk and achieve your short-term objectives. On the other hand, if you are a mature company with a high private valuation, an IPO may be the best option.

The main differences between ICO and IPO are the strategy, documentation, credibility, duration, and target group.

The primary goal of an ICO is to raise funds for a project and enter the market. However, when a company is financially stable and wants to expand and develop to the public, it makes sense to launch an IPO later. Its raised funds are used to fund a company’s future expansion.

Secondly, a prospectus is a legal document that a company must create to issue an IPO. This is a legal declaration that must include key information about the company and the IPO and meet certain transparency standards. ICOs, on the other hand, are not bound by any legal documents. They can choose whether or not to create a white paper that explains everything about the project and its goal. While this is optional, it is also a wise step if you want to earn trust and credibility for your cryptocurrency project. However, it is essential to note that while ICOs are not required to create a white paper. Companies must issue a prospectus to operate an IPO successfully.

In order to list shares through an IPO, your company must meet specific requirements. You need a proven track record of earnings, which a professional accounting firm should verify. On the other hand, you do not need a track record or any regulatory framework to participate in the ICO process. As previously stated, most companies simply create white paper, which is optional.

The process of launching an initial public offering (IPO) can take up to six months. This is due to the legal procedures that companies must follow. The ICO process, on the other hand, is much faster. The nature of the project determines the length of an ICO. When a company publishes a white paper and a smart contract, the crowd sale can begin. The length of a crowd sale is determined by the project and its maximum hard cap, but it typically lasts one month.

Last but not least, institutional investors, such as banks, are typically the only ones who participate in IPOs. A small portion of the overall process is geared toward retail investors. ICOs, on the other hand, is open to anyone. All that investors need is a cryptocurrency such as Bitcoin or Ether, which they will convert into ICO tokens.

Now that we have looked at the key differences between ICOs and IPOs let us reiterate the advantages and disadvantages of both.

Advantages of an ICO for a small business:

Potential disadvantages of an ICO for a small business:

Advantages of an IPO for a small business:

Potential disadvantages of an IPO for a small business:

So, with all of the above in mind, you need to consider whether an ICO or an IPO is the better option for you. The answer is dependent on your specific business and long-term objectives. An ICO may be the best option for a startup owner looking for funding to get their business off the ground. If this is your case, an ICO can provide you with the funds you need to purchase equipment, hire employees, market your products. With the funds you raise from an ICO, you can also do anything necessary for a successful launch. On the other hand, an IPO may make more sense if your company has been in operation for a long time.

This is especially true if it is financially stable and wants to switch from private to public ownership. An initial public offering (IPO) can help your company expand and grow. Furthermore, it can help you establish a solid reputation and open doors to a variety of opportunities. When a cryptocurrency startup wants to raise money through an initial coin offering (ICO).

Are you wondering how to go about promoting your IPO or ICO? Launching either is an extensive process that requires lots of attention to detail and hands-on work. For this reason, you might find it helpful to hand the responsibility of generating publicity for the IPO or ICO over to seasoned PR and marketing experts like the ones at Pressfarm. The team at Pressfarm can help you create quality content that can attract media attention and earn public trust. With a professional press release, some engaging guest posts, and a branded media kit. You can earn credibility in your niche and excite potential investors.

In addition to creating this content for you, the team at Pressfarm can distribute it widely, thus boosting your online visibility. By sending this content to the right media outlets, startup directories, and professional networks. Pressfarm can make it easier for your target audience to find you through organic searches on search engines like Google, Yahoo, and Bing!

Once you sign up, the account executive at Pressfarm also builds custom media lists containing the best media professionals in your niche. You can combine the use of these media lists use of with Pressfarm’s media database of 1 million+ journalists, bloggers, and influencers. With all these media contacts, you’ll be able to continue doing extended media outreach for your brand long after Pressfarm has wrapped your PR campaign up.

One of Pressfarm’s PR packages could be just what you need to generate some buzz about your ICO or IPO.