Writing a Press Release for a Kickstarter Campaign 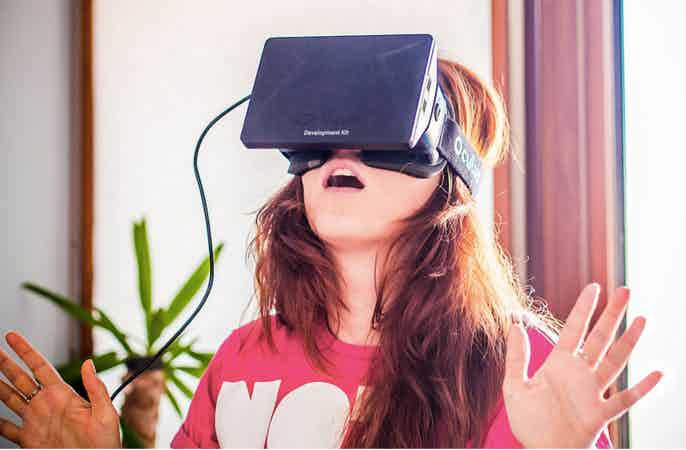 At a time when thousands of crowdfunding campaigns saturate the market and new products are surfacing on a daily basis, gaining exposure can seem like a rather daunting task. In fact, it can seem especially challenging now, in the middle of the COVID-19 crisis. Even so, Kickstarter has reported that the number of visitors who have pledged their support to Kickstarter projects has remained the same on average as it was before the pandemic. Moreover, the funding success rate rose to 51% in 2020, a 5% increase from 2019. For this reason, launching a Kickstarter campaign is still a worthwhile way to raise funds for newly-launched products.

Despite these promising statistics, the market is also filled with so many services or products, stories and speculation that grabbing any attention at all is an art in itself.

But what sets apart the most successful Kickstarter campaign launches from the rest?

Successful Kickstarter campaigns do many things right. Among these is writing an effective press release.

With this in mind, let’s take a look at how to write a press release to launch a Kickstarter campaign:

The purpose of a press release is to inform the media about your latest news. In the case of launching a Kickstarter campaign or general product launch, this news should be a short and snappy introduction to the limited-time offering.

Writing a press release requires a slightly different approach in every instance. Nevertheless, there are press release templates and unspoken rules which should always guide a PR specialist through this process.

Most new businesses will employ a PR agency or an in-house marketer to put this press release together. Even so, if you follow the steps in this article, you should be able to write a press release that gets noticed. The most important thing to remember is that a successful press release requires both time and effort..

Journalists are busy people and always on the lookout for important news. More specifically, they know what makes an interesting story and have little to no tolerance for sub-standard press releases.

When they receive a press release with a compelling headline, they are ten times more likely to pay attention. At the very least, they will inspect the content of said press release.

The Unspoken Rules of Writing a Press Release

You want to tilt the odds in your favor with a press release and there are certain factors that are critical to the process. It might sound a little simplistic, but the most important components of a press release are often the smallest details. Here are just a few examples:

The Hook – Every worthy press release will have a hook for the story. In other words, you need to give a reporter or publication a very specific reason to care about the news you’re sharing. Essentially, your hook is what reels your reader in to read the rest of the story.

Style – You need to write in such a way that the information is clear and easy to understand. Failure to do this means you risk the reader losing interest in the content.

Distribution – Needless to say, you also need to make sure that people actually read the press release. Who will want to read your press release? How will you get them to read it? Pressfarm’s packages help you to get your press release read by hundreds of thousands of people through great distribution.

Do you need help writing and distributing your press release? The team at Pressfarm is skilled at writing professional press releases for brands across different industries. In addition to writing, our online distribution networks will help to boost your online presence and brand awareness for your company. We’re also skilled at doing startup directory submission to help your brand pop up in relevant search results across different search engines.

Our team of writers also has experience developing engaging feature articles which will grab your target audience’s attention and drive action. Beyond that, we can also design creative media kits which will help you to make an outstanding impression with your brand.

Are you struggling to get access to a network of journalists to help tell your story? If this is the case for you, then Pressfarm’s personalized media lists could help you to connect with the best journalists in your niche. Alternatively, you can browse our media database of over 1 million journalists, influencers and bloggers to connect with skilled thought leaders17 in your industry. Sign up with Pressfarm today and build a winning PR campaign for your brand.

The Characteristics of a Kickstarter Press Release

The best press releases are comprehensive while also meeting the following requirements:

Informative – Every press release should tell the full story about the reasons for launching the Kickstarter campaign or product. What is the origin and value?

Leave No Questions – Provide every detail that the reporter will need, leave no reason for them to ask for more information.

Relevant Quotes – Use a quote in the press release. Reporters like to copy and paste quotes for publications.

But what do you need to include in a press release so that it does not wind up in a journalist’s recycle bin?

Save yourself some time and headache by utilizing an existing template. There are many free templates online which provide the correct structure for a press release. Furthermore, make sure that you are totally clear on the most important features of your press release as well as the hook of your news. What is unique about your story?

Here’s the basic format that should be used for a press release:

Headline – Clear title that explains the importance and significance of your news.

Main Body – Elaborate on the headline, include highlights and explain the story in full.

Boiler Plate – Include a boiler plate at the end of the copy which explains a little about your organization.

7 Steps for Writing a Press Release

Identifying the “Five W’s” is crucial for writing a compelling press release. In fact, this is one of the most important aspects of a release and usually acts as a blueprint for the rest of the document. Aside from the following points, the press release should outline the importance of your Kickstarter campaign and explain the problem your product solves. Beyond that, it’s wise to specify what benefits this product or service will offer to the people who use it.

Who – Who is behind the campaign?

What – What is happening with the campaign?

Where – Where is the campaign launching?

When – When is the campaign launching?

Why – Why is this campaign newsworthy?

Step 2 – Creating the Perfect Headline for a Press Release

Writing a catchy headline will ensure that people actually read your press release. In fact, most copywriters and marketers confirm that this is the single most important part of the press release.

For this reason, you should take time to formulate the perfect title and make sure the headline fully explains the launch of your campaign. Don’t rush this part of the process and choose a headline that reporters are unable to resist.

While a catchy headline is important, it’s also important to steer clear of using clickbait in your headlines. Once you earn a reputation for misleading headlines, then you might find yourself in a journalist’s blacklist indefinitely.

In every press release, the first paragraph is the most important. In short, you need to capture the readers’ attention and give a clear outline of what the press release is about.

As already mentioned, the “five W’s” should be the focus of this paragraph. As such, this paragraph should outline the most important details that you identified as part of step one. Refer back to your who, what, where, when and why in order to craft this section.

We explained the hook previously. The hook is often developed in the midst of writing a press release. However, that is not to say the hook is an after-thought. On the contrary, it’s a crucial component of the document.

As already mentioned, you need to use this stage of the writing process to create a rhyme and reason for the campaign. In many cases, this is achieved by creating an emotional connection between the reader and the subject of the release. With a campaign, the best way to approach this step is to emphasize the solution that the campaign presents to a particular issue.

Needless to say, the hook is entirely different for every campaign but it must be communicated efficiently within the press release. In order to identify an effective hook, think about what would prompt a reader to care about your story.

5. Tell the Rest of the Story

As for the rest of the press release, use short and concise paragraphs to inform the reader about the remaining details. In this section, try to include a relevant quote from the founder of the campaign which conveys the value of the project.

As a rule, this section should consist of no more than four or five paragraphs. Most importantly, try not to focus on any one area too much. Rather, stick to the most important details that need to be discussed.

You should include all contact information at the bottom of this press release including email, cell number and social channels such as LinkedIn. This is also the spot in which you can leave your mission statement and write a short bio of what the Kickstarter campaign is trying to achieve.

Since the final goal of your press release is most likely to drive traffic to your campaign’s landing page. It’s also important to include a link that people can follow.

7. Editing Out the Fluff

Finally, the press release needs to be copyedited by someone who understands your brand as well as its values. Scan through the document and remove unnecessary or duplicate information. This also includes words that may not be needed in a particular sentence.

When you’ve removed the fluff, it’s time to proofread the article again, and ensure the final document is 100% accurate in terms of spelling and grammar.

Write Like a Reporter – Reporters hate nothing more than having their time wasted so tell them upfront what the press release is about. Try to avoid clichés, keep the message short and, when in doubt, write like a reporter.

Define the Audience – You need to contact the right people so make sure to ask yourself if the press release is relevant to the publication you’re pitching it to. For example, if the campaign is designed for the medical industry, don’t waste any time pitching your news to a luxury food magazine.

Maintain Structure – Keep the most important information at the top, the secondary details in the middle and additional information or contact details toward the end.

Copy Edit like your Life Depends on It, Because it Does – Even when you think the article is finished, try to go back with a fine-tooth comb and remove any of the remaining fluff – there’s always something to think twice about!

As you can see, writing a press release to launch a Kickstarter campaign requires a lot of planning and careful execution. Once the press release is done, you need to get one last thing right – the actual timing of the press release. Most publications like to send out their most important news at the beginning of the week while the secondary stories are usually left until the last minute (Friday). For this reason, you should send out your press release on a Tuesday or Wednesday to give the release a better chance of being seen by an editor.

Either way, after reading this article, you are already ahead of most companies. By following the tips outlined in the process above, you should be ready to start writing your own press release for maximum visibility and coverage.