How Tucker Max went from “fratire” to a Successful Founder 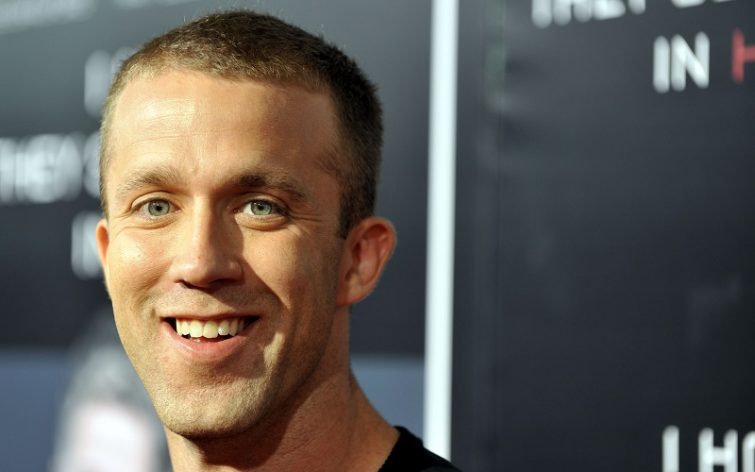 Tucker Max is the person who everyone likes to hate and is widely regarded as the leader of the “fratire” literary genre. At the same time, this notorious man is also a hugely successful founder of several startups and one of the best-selling authors in the United States.

But how did Tucker achieve so much and what can we learn from the process?

It’s not your average story and in many ways, Tucker’s behavior and opinionated nature are largely responsible for his immense success. In other words, despite being outspoken, straight-talking, and often rude, he seems to have mastered the art of marketing and even taken PR to an entirely new level.

In this article, we look at how Tucker Max became who he is today and how we can make sense of his controversial approach:

How Tucker Max went from “fratire” to a Successful Founder

After receiving a BA in the University of Chicago and qualifying as a lawyer, Max changed direction and decided to focus on his personal interests and hobbies. As a result, he wrote a New York Best Seller called “I Hope They Serve Beer in Hell” and this book went on to sell an incredible two million copies.

He later produced a movie based on this book, leading to the aforementioned reputation of being the leader of fratire. However, he also went on to write “Assholes finish first” and “Hilarity Ensures.” Later, Time Magazine included Max on the 100 Most Influential List in 2009.

Since then, Tucker Max has assisted many successful startups, and he is the founder of Scribe, a company that helps leaders write and publish their own books. He also recently appeared in an interview with Noah Kagan. Here, he talks about the important things to consider before writing a book.

Despite his controversial ways, Tucker’s achievements are undeniable and this is especially true in the context of PR and Marketing.

Success Means Nothing Without Purpose

In recent interviews, Tucker Max opened up about his experience with success and wealth in particular. According to the author, his millions of dollars and relentless womanizing brought little more than temporary fun and lack of fulfillment. He also went on to say that no matter what a person achieves in life, they should always pay attention to purpose and remember that outward success has no real meaning.

From a PR and marketing perspective, without demonstrating any genuine purpose, a brand will be unable to connect with the target market in a meaningful way. What’s more, without nurturing meaningful relationships, it can be difficult for founders or employees to feel any great sense of satisfaction or meaningful achievement.

Helping People is the Best Way to Create Value

In his books, Max talks about taking a ruthless approach to business and dealing with people in general. However, Tucker now tries to emphasize that helping other people is the key to making money.

More specifically, he explains that riches mean nothing to people when they are struggling with a certain aspect of their life. Therefore, providing a solution to this problem is the key to making money.

As you know, Marketing and PR are all about capturing the attention of a target market. However, at a time when most people are desensitized to conventional advertising or marketing efforts, it’s more important to focus on creating value. That is to say, businesses are now better served when they stop trying to sell and start focusing on how they can solve the customers’ problems.

Indeed, many of Tucker’s comments are unnecessary and of poor taste. However, he has always backed up his words with books, movies and new businesses. With this in mind, Max suggests that most people don’t seem to realize that knowing something is not enough and doing great things should always be the focus. This also highlights the importance of acting on trends, and data when making business decisions.

Legacy and Reputation are Most Important in the Long Term

Given all his nasty quips and horrible statements, you might think that Tucker Max is a shallow individual with no sense of remorse. On the contrary, Tucker is always quick to point out that he resents his reputation as an uncaring, woman-hating straw man.

According to Max, the media helped create this impression and most of his statements are taken out of context in order to seem more controversial. Either way, it’s clear that Tucker is not completely happy about how he reached this point, regardless of the fame and wealth it brought into his life.

It should go without saying that being controversial and being offensive are two different things. Tucker has obviously taken a route that no startup or business should follow. At the same time, his remorse is a reminder that legacy and reputation matter.

For example, many businesses use unsavory methods when it comes to PR and marketing. Nevertheless, in the long run, attention is temporary and people never forget. It’s never wise to risk the legacy and reputation of a business in order to gain traction in a market.

Taking a Different Approach to Business

On the other hand, the movie for “I Hope They Serve Beer In Hell” is a rather extreme example of how taking risks is also necessary in order to stand out. For example, instead of caving into the demands of Hollywood, Tucker took an unorthodox approach. He decided to find independent investors for his movie before self-distributing the finished product in movie theaters throughout the United States.

But what might this mean for every other business?

It simply means that there is more than one way to get things done and there is often a reward for being different. What’s more, this is also a reminder that sitting on the fence is rarely a good option. In reality, businesses that dare to dream are usually the ones that manage to do great things.

Always Being the Best Version of Yourself

Tucker Max is committed to finding the best ways to do things and continuously improving on his abilities as an entrepreneur. He’s currently planning to launch a memoir program and a publishing arm at Scribe later in 2021. When asked how he develops these ideas, Max explains that he tests an idea until it’s perfect. Once he’s perfected an idea, he hands it over to his team to scale it.

As an entrepreneur, Max’s dedication to offering his clients the best is inspiring, and a good model for all rising businessmen and women worldwide.

Tucker Max will always be the guy who everyone loves to hate. Even so, there is still a certain genius to his approach. His approach is full of lessons that can help many businesses learn to get ahead.