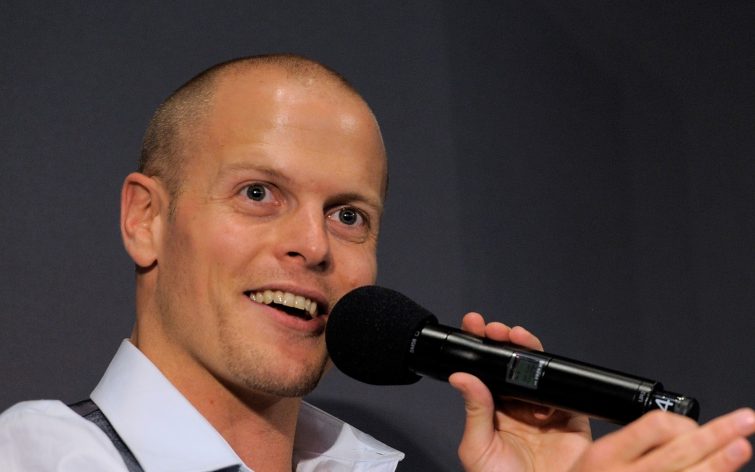 We all know Tim Ferriss and most of us know about the incredibly successful ‘4-Hour Workweek’ which was essentially a book to teach people how to live more and work less. Forbes magazine described him as ‘someone you need to know today’, while Fast Company regards Ferriss as one of the most innovative people in the past two decades.

But is the 4-Hour Workweek still as relevant today as it was 13 years ago?

After all, the online world has changed quite a lot since the book was released and this is also true about perceptions and opportunities in general. With this in mind, let’s take a look at some advice from this influential book and how these lessons might have changed since 2007:

1. Chasing Passive Income is No Longer a Smart Strategy

For many people, the biggest takeaway from the 4-Hour Workweek was the prospect of creating a passive income. It’s true, people stress about money and not having to work endlessly for this money is enticing.

In case you might be asking yourself, passive income refers to regular income that requires little to no effort to maintain. Now, that’s not to say people are lazy but rather to explain how enlightening it was for some people that it was possible to earn money, even when they might not be working.

Anyway, according to the author,  it was possible to create a structure for life in which income becomes automatic and little involvement is needed from the business owner.

In many ways, highlighting the benefits of passive income gives the wrong impression to startups and entrepreneurs. In Tim’s defense, his objective was to inform people that passive income existed but let’s be honest, most people seemed to be more interested in how they could benefit from having one.

While it’s not such a bad thing to be motivated by these benefits, recent trends show that passive income is simply not attainable like it was when the book was written. In other words, changes to consumer behavior and marketing have made passive income a much more elusive option than it was ten years ago.

For example, dropshipping is on the decline and in spite of the argument against this point, the number of dropshipping stores up for sale says everything you need to know. What’s more, increased competition means that most new businesses will find it hard to generate an income, never mind a passive income.

But what strategy should these businesses actually take?

It’s more beneficial to focus on creating a unique product that will provide genuine value instead of one that can generate a passive income. In the words of Elon Musk, this product will ideally fix a problem of some kind or at least serve a purpose that is not being served at the present money in time.

2. Making Money Versus Living Your Life

Tim is fantastic at driving home some very important points in the 4-Hour Workweek, not least of which being the importance of living your life. After all, too many people are just too damn busy and money is often a distraction from successful people who choose to work themselves into the ground.

In the book, Ferriss talks a lot about 9 to 5 and tries to influence the reader into better understanding his alternative lifestyle. Most people end up working their entire lifetime for somebody else and according to the author, the online world means that this is no longer the way it needs to be for most people.

At the same time, the 4-Hour Workweek is heavily focused on lifestyle and almost devalues the concept of making money from time to time. That is to say, Tim seems to persuade people into believing that money is not really important, and we should focus on living life instead of earning an income.

Unfortunately, most people no longer need convincing that life is not about money. After all, we have all read those viral articles and videos that teach us how it’s possible to be happy without money. In fact, this content is everywhere and so common now that most people are desensitized to the point being made.

But what’s my point?

Well, I think that many people are now too focused on the opposite. That is to say, they have discounted the value of money and try to compensate by spending this money on an interesting life. While this makes sense at first, it also seems like quite a poor business model and possible even irresponsible.

Let’s be honest, money does make the world go round and money is needed to create the kind of security and lifestyle that most people want to obtain. As Grant Cardone often puts it, money is actually a code word for freedom – something that Tim Ferriss wants readers of the 4-Hour Workweek to achieve.

3. Lifestyle Design is Not All About Travel

In the 4-Hour-Workweek, Ferriss loves nothing more than talking about travel and how an online world has now opened up the real world for those who take the necessary steps. More specifically, Tim outlines how the internet enables one to embrace a mobile lifestyle and travel to any city or country in the world, whenever you feel like it.

Although a lot of this book can seem quite glamorous in terms of the travel lifestyle, it’s easy to understand why Tim Ferriss was so insistent on talking about it. After all, this is certainly an interesting aspect of lifestyle design and the one incentive that was most likely to help influence his readers.

The truth is, this potent book was also the catalyst that led millions of people to travel in the first place but this opportunity to travel is now something which is less and less relevant to the average reader.

You see, when you create a nomadic lifestyle, you can literally go anywhere in the world. However, what the 4-Hour Workweek seems to skip or deliberately ignore is the fact that not everyone wants to travel.

With this in mind, many people don’t want to travel anywhere, yet they still want to create their own business. For some, they just don’t want a boss anymore or a fixed schedule, while the prospect of unleashing their creativity is more than enough reason to chase the 4-Hour Workweek.

And that’s just part of the story…

At the time of writing this, there is likely a legion of ‘digital nomads’ who yearn to settle down, but they got so caught up in the travel lifestyle, that they don’t know where to start. It’s true, travel is not for everyone and for anyone else, it’s certainly not forever.

For this reasons, it’s important to take the 4-Hour Workweek with a pinch of salt and realize that lifestyle design is not all about travel. In fact, maybe you don’t even want to travel at all…and that’s just fine, too.

4. How Automation has Reshaped ‘Outsourcing’ and What it Means

Outsourcing clearly has benefits and most businesses are taking this approach in one way or another. In the 4-Hour Workweek, the concept of outsourcing was a common subject matter and this was also quite a revolutionary idea for new startups and entrepreneurs. After all, outsourcing is often cost-effective and saves time, while delegating menial tasks to a freelancer can also alleviate a great deal of stress.

With this in mind, I’m not about to detract from the benefits of outsourcing. Tim Ferriss was completely right in the book and his theory has successfully helped transform a host of companies.

But a lot has happened since 2007 and none could have imagined that artificial intelligence would have developed so quickly. That is to say, AI is now capable of automating endless tasks such as emails, reporting, advertising and even customer service. PR agencies such as Pressfarm have also eliminated a lot of tasks that would have required weeks of work. For this reason, there is less and less need for outsourcing and much more reason to focus on automation tools and software – even PR.

Now, freelancing and outsourcing is still expected to grow at an exponential rate in the near future but the 4-Hour Workweek was unable to predict how this AI and automation could replace much of the need to outsource.

As you might have guessed, learning about this technology is the only way to embrace it. While the potential of voice technology is a good place to start, understanding the power of bots in general is something that could greatly benefit any startup or entrepreneur in the near future.

5. Following Practicality Instead of Passion

Tim Ferriss is a big believer in the power of following your passion and this comes across the whole way through the 4-Hour Workweek. It’s a fair point and passion is a great motivator for a business of any kind.

Tim also states that following a passion is better than chasing happiness, for the latter is vague or most likely connected to some kind of material desire. It’s another fair point and totally relevant.

As if that’s not enough, the author explains how passion results in enthusiasm and doing what you love which should be more than enough reasons to get up every day and strive for success.

But there’s one problem with this approach…

When a startup or entrepreneur comes up with an idea, it’s not always related to their passion. For example, I’m sure Jeff Bezos has more interesting hobbies aside from online shopping. Does Brian Chesky really have a passion for renting people’s homes? Did Larry page have an intense passion for telephone directories and decide to create Google with Sergey Brain?

You get the point.

Passion is a great thing but this sometimes leaves a misconception with people that an idea will not work because they do not have a certain love for the actual concept. On the contrary, if an idea is good enough and the work put into this idea is sufficient, taking a practical approach can be just as powerful as any amount of passion.

It’s still true, everything you read in the 4-Hour Workweek is relevant in the modern world. However, sometimes you need to take a look back in order to see what lies ahead and with some minor tweaks or changes, these lessons from Tim Ferriss can still be applied albeit in a slightly different way.