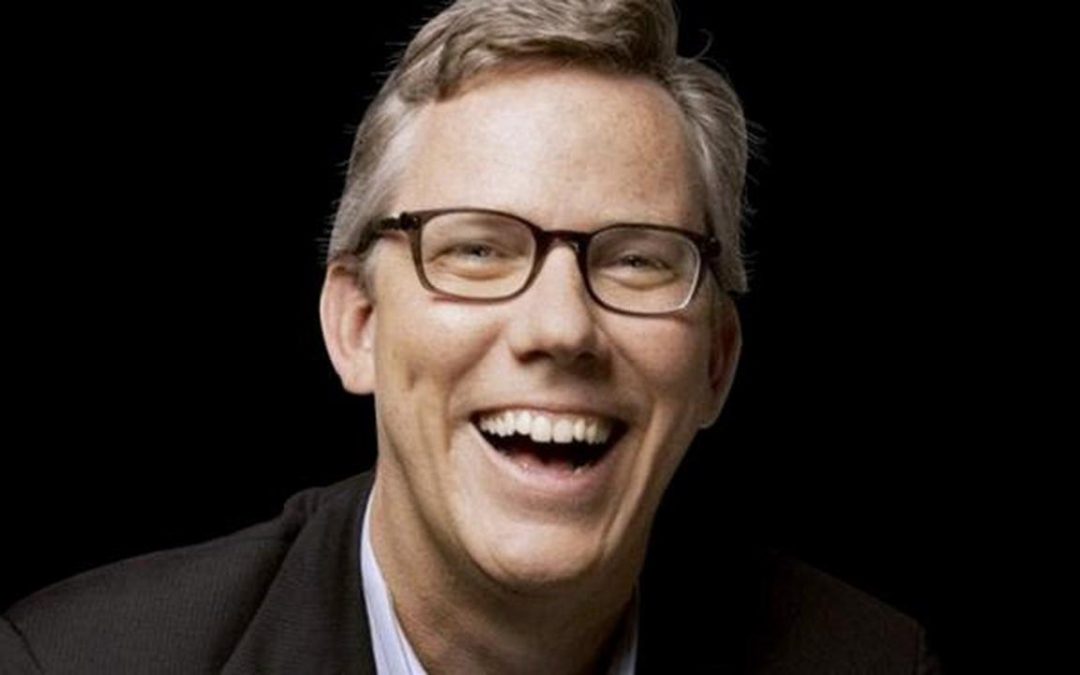 Brian Halligan runs a business whose rate of innovation hasn’t slowed since 2004. That is no easy feat at a time when the world still feels like it’s in recovery mode following the economic impact of COVID-19. Below we will find out what failures Halligan encountered and the lessons he learned throughout his career. We’ll also talk about how he put this experience into practice and founded a company with an over $10 billion market cap.

Born and raised in Massachusetts, Halligan grew up in public school, a rarity among CEOs these days. He graduated from the University of Vermont with a BSc in Electrical Engineering and later got an MBA from MIT Sloan School of Management. After working at Parametric Technology Corporation since graduation, Halligan worked his way up to senior vice president of the Pacific Rim. Since he wanted work in a smaller, more hands-on company, he moved to Groove Networks for four years before Microsoft bought it. Recognizing the marketing industry was ripe for revolution, Halligan teamed up with a fellow MIT graduate to found the company HubSpot. Now, 15 years later, HubSpot is a marketing powerhouse with annual revenue of $883 million.

1) Be open to those that do it better

Having been overloaded with adverts for decades, consumers were able to tune out attention-grabbing squares at the sides of their favorite web pages. Intrusive advertising methods irritated customers and soured the company’s relationship with its consumers. Halligan found Shah’s website generating 10x more traffic than his own without relying on ads, emails, or cold calls. Together, they founded HubSpot, a marketing sales technique still popular 20 years later.

After publishing several books together, they created the HubSpot blog. They then used the blog to position HubSpot as the best inbound marketing solution before it was available to buy in the marketplace, generating a buzz and proving that their theory had merit. At this initial stage, Halligan could have created a foe where he found a friend. He didn’t try to compete with Shah or try to come out on top with lead generation or marketing revenue. Rather, he partnered with Shah to build a powerful inboung marketing strategy and each was valuable to the other.

2) Make yourself useful to customers

Inbound marketing is the opposite of outbound marketing, and extensive marketing displays capture customer attention. Trade shows, seminar series, email blasts, and cold calling are all examples of outbound marketing. They are all relatively expensive. These methods push your message far and wide onto the general population, hoping it reaches your target market through sheer numbers.

With over 2,000 outbound marketing interruptions daily, customers have learned to use ad blockers and email spam filtering to tune the noise out. On the other hand, inbound marketing is creating content to draw in your target market. In this way, you can entice them to learn about your brand and product with the goal of making a sale. Examples include setting up a blog and tailoring your social media posts to help your customers learn about something rather than sell something.

Inbound marketing follows three steps: attract, delight, and engage. Rather than putting pressure on the customer, it involves delivering a fun and inspiring experience that organically generates interest in your website. By offering customers an enjoyable experience, you also inspire lifelong relationships. While inbound marketing is very popular, some have valid criticisms. Inbound marketing requires time; you must get to know and tailor your marketing to your audience and find out their likes and dislikes.

The more intricate nature of inbound marketing means it’s hard to calculate an accurate return on investment. However, inbound marketing goes hand in hand with search engine optimization (SEO) and social media marketing which are new, profitable marketing verticals. By creating many inbound marketing materials, you create a flow of content that positively impacts the business, even if the profits can’t be calculated down to the dollar. When you make your company valuable to a customer, they will always come back to solve their problem. Ultimately, a returning customer can be a consistent source of profit.

A company needs to be constantly innovating to keep up with the market. Halligan transformed HubSpot into ‘a large-scale start-up’ to keep innovation at the forefront. Beyond that, he empowers the customer experts consistently. While this is not a specific job role within HubSpot, any employee who deals with customers has valuable knowledge that could help the business.

An example is when a sales associate pushed to be allowed to sell HubSpot software to a third-party seller, who would then pass it on to their clients. While Halligan was initially hesitant, this trial became a huge success. Halligan came up with the Alpha, Beta, and Version One programme.

At its core, the programme aims to allow employees to have their suggestions heard more efficiently. Being open to suggestions from your employees helps them feel like they can contribute to the company and push innovation forward, no matter their job title. By empowering them, you increase their commitment to both the customer and the company. Halligan defines success as ‘a delighted customer.’ He is very deliberate about choosing to use the word ‘delighted’ instead of the generic ‘happy’ to show that companies should aim beyond making their customers happy. He knows the personal touch required to satisfy a person are usually initiated by engaging and passionate customer-employee interactions.

4) Create your own culture

When founding HubSpot, Halligan refused to implement ‘ordinary’ rules and regulations on his employees. Instead he did his own research and developed what he believed were the best ways to get the most out of his staff and keep them fulfilled simultaneously.

This started with a nap room on company premises and included employee food. However, the Alpha, Beta, and Version One programme is defining culture changes for Hubspot. Any employee can start an alpha project, spending evenings and weekends ideating a project that they think will help push the company forward. They can then bring this project to management, where they can be approved for extra resources and go through another two rounds of development, beta and version one.

Giving employees with such a variety of skill sets and views of the business total ownership for ideating is a step Halligan prides himself on. He is always willing to listen and never looks down upon a good idea, even when they come from strange places. Halligan has retained this practice from HubSpot’s inception to the present day. In 2011 Ernst and Young awarded Halligan entrepreneur of the year. This award is given to people who have grown a successful company from concept to becoming an industry leader. This definition fits Halligan. He has long been an advocate for blazing your own path. At the same time, while he says it’s worth it, he warns that ‘it will take investment and hard work.’

As Halligan explains, a leader has three responsibilities. These responsibilities are comparable to those a bus: first, a clear direction for the bus to head to; second, knowing whom to pick up and drop off along the way and thirdly, enough gas (money) to get to the destination.

Halligan says that most CEOs have micromanaging tendencies, and this includes him. Setting up a clearly defined vision and metric for success allows a CEO to clear their own head and let all their employees know what they should be trying to accomplish. The bus analogy can be used to evaluate a CEO, and it can trickle down. In fact, Halligan uses it to assess his C-suite executives. Do they know where they’re going? Do they know who they need to pick up along the way?

And finally, do they have enough money to meet their goals?

HubSpot launched a landmark IPO in 2014, raising $125 million. This boosted HubSpot’s valuation to $880 million. While HubSpot’s IPO was a success, Halligan wishes he had done some things differently. Speaking to Jungle Ventures, he said you should ‘make sure you do not rush.’ Hubspot was going through a transformation at the time of the IPO, with a greater emphasis on CRM, a nascent revenue stream within the organization. This was risky, and the new direction was promising but untested. Halligan advises that you can avoid unnecessary losses ‘by being patient and only going public when you and your business have a clear path.’ This not only puts you and any potential investors at ease but also allows you to enjoy the successes and perspective going public brings fully.

Halligan is a formidable businessman. One of the things that makes him so great is his ability to critique his successes and find the lessons in his failures. After studying HubSpot’s growth, Halligan has expressed that a management style change is needed as any business grows. At the start-up stage, you ideate and evolve so quickly that it’s better to make a decision and change your mind (as this can be easily undone) later. However, as a business starts to scale up and you are responsible for more employees, reversing decisions impacts more people and takes more time.

Halligan changed his management style to allow him to spend more time evaluating his decisions. This reduced wasted time and the amount of confusion in the business. To help counteract Halligan’s micromanaging tendencies and maintain a good work-life balance, he works from home every Wednesday. Additionally, he makes sure he spends the majority of his day thinking rather than doing. By keeping his head rested (Halligan swears he has most of his good ideas when he’s just falling asleep for a nap or just waking from one) and thinking things through, Halligan has found that thing at HubSpot go a lot smoother. These achievements have earned him the title of MIT’s entrepreneur in residence and a spot as a senior lecturer.

We look forward to seeing what is in store for Halligan in the future. Hopefully, there are several million more delighted customers in this future. HubSpot’s next focus is on sales and the helpdesk markets. This is based on customers’ ability to lodge issues as tickets and track their progress. HubSpot is attempting to tailor this process to make it more customer-specific. Nothing is out of bounds with this innovative company and its founder.

How Pressfarm can propel your company forward