How Chipotle Grew Digital Sales Despite the Odds 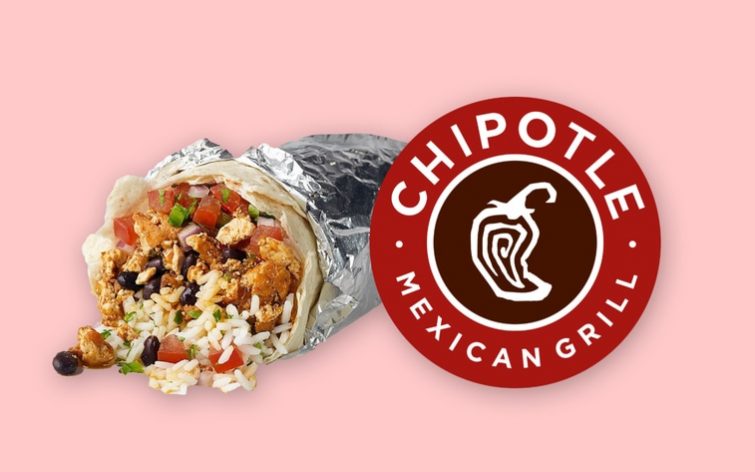 In these hard times, the food and beverage industries all over the world have taken a massive hit due to having to close their doors to limit the spread of the virus. As a result of this situation many restaurants that only offered dine-in options have had to adapt to stay in business by adopting delivery apps.

Chipotle is no different. They realized that with stay-at-home directives becoming more prevalent and all regions shutting down their dining rooms, their sales were deteriorating. According to their reports, they were at almost -30 percent sales.

The CEO also realized that while at the beginning of this pandemic, consumers were getting groceries and cooking at home to save money. When stimulus money and tax refunds started coming in, restaurants have found a solution for people who need other options. While their physical stores might be closed all over the world, the good news for Chipotle is that they had already established a digital presence before the pandemic hit. Chipotle went beyond signing up for food-delivery apps and raising awareness, they also adopted tech-driven strategies in restaurants to handle increased volume, built pick-up shelves, and expanded the development of drive-thru Chipotle locations.

Part of the reason why Chipotle has managed to stay afloat during this time is because of strategies they had already implemented before COVID-19. They had already strengthened many of their food-safety initiatives by conducting wellness checks before every shift and training nurses to evaluate any employee who might feel sick to see whether they should be excluded from work but still be given full pay.

They also installed advanced technology air purification systems to reduce the risk of viruses, supplied Purell sanitizer for employees and guests, required gloves to be worn for all tasks, improved internal training and education, engaged an outside consultant to perform regular inspections for all restaurants, along with other things. As the virus started to spread, Chipotle formed a task force to hold daily calls and implemented increased sanitation of high-touch, high-traffic areas; provided masks for employees, and added tamper-evident packaging seals for off-premises orders. Digital sales still remains a top priority for them and their adoption of digital strategies is a major reason why they have managed to survive.

Chipotle always been focused on non-traditional advertising, mainly by generating positive word-of-mouth advertising. Regardless of their small advertising budget, they have found interesting ways to generate positive publicity over the years and they actually seem to be working. They use the “Cause Marketing” strategy to promote the message of sustainable food and responsible agricultural practices because they realized that this was a major issues that customers care very deeply about.

Let us now look at some of their best word-of-mouth strategies and tactics that they have implemented successfully:

1) Get customers to express their love for their food

In early 2015, Chipotle ran a contest on social media platforms offering a dinner for two for the 20 of the best menu items, which was decided by retweets, likes, and shares, burrito themed haikus that the customers came up with.

Chipotle did really well when it came to its branded content. They used Tim Piper, the director of campaigns like Dove and Post Shredded Wheat, to create a comedic web video series called “Farmed And Dangerous”.

The series itself was unbranded, with no mentions of Chipotle, but it portrays the ugly side of agricultural industry and its plan to revolutionize the industry with PetroPellet.

The production itself made a very large emphasis on the quality from beginning to end, using cameras that were typically used for blockbusters and the post editing was quite good. Chipotle understood that dedicating a large amount of effort towards production value would get audiences to appreciate the content more.

Because we live in a generation where people are getting ‘Text Neck” from looking at their phones too much, Chipotle (much like a lot of other companies) decided that creating an app to help customers to make orders and skip the lines would be beneficial for their business.

The app, designed by app developer Blue Rocket, focused on ensuring easy and repeatable ordering with and included functions like pre payment and a store finder. It did very well, becoming the highest rated app on Apple’s US App Store.

4) Get the nation talking

Chipotle’s initial ad was so successful that Chipotle started buying media around it. The ad was screened to about 6,000 movie theaters around the country and when they realized that they had a hit, they bought a spot during the Grammy awards and the ad went nationwide and made a total of 300 million PR impressions. The ad was also a hit within the advertising industry.

The reason why it worked so well because the ad provided a compelling story about the farming practices of its suppliers – an issue that was not easy to address. They used a less extreme way to raise awareness for something that people generally have an issue talking about.

Other companies paid an insane amount of money for celebrity endorsements because they believed that the publicity and image-boost from mentions about their product would justify the amount they were spending.

However, Chipotle was doing things a bit differently, whenever someone would mention their love for Chipotle, they would get sent a card that would entitle them to a free burrito a day, for life. They never asked for anything in return, but because it was a great deal, the recipient of the gift card would go onto social media to express their happiness.

The reason why this worked so well is because with no monetary exchange, customers believed that these influencers actually loved Chipotle when they mentioned the brand. Additionally, more people were getting excited about the fact that they could be a part of it. Chipotle adopted influencer marketing, but with an interesting twist. Anyone could be a Chipotle influencer.

Since 2011, Chipotle started hosting “Cultivate”, which was a series of free festivals that happened across America with live music, celebrity chef demonstrations, artisanal food, and activities to spread awareness about sustainable agriculture.

With these festivals were a wholesome, low-cost weekend activity for the people who attended. It was a good way for musicians and celebrity chefs to communicate with people and get them talking. Chipotle was able to promote their product indirectly by promoting the event.

Chipotle started running a column on Huffington Post called “Food For Thought” that was dedicated to create awareness about how food is grown, raised and prepared and how it affects people.

The content in the column featured information from industry experts and knowledgeable consumers along with links to Chipotle’s other marketing efforts. By choosing to address an issue that matters to the general public, Chipotle was able to boost engagement with their target audience. This column it gave consumers even more things to talk about, while keeping Chipotle top-of-mind.

“The Scarecrow” was another one of Chipotle’s ad campaigns that tried to depict efforts to combat the industrial farming corporations by bringing sustainable food to the masses. The campaign did very well and generated over 6 million views and generated over 614 million PR impressions.

However, they got some backlash from agricultural and vegan communities who accused Chipotle of mocking farmers and reappropriating positive messages about the vegan lifestyle for marketing their own meat-filled burritos.

Like most of the other campaigns, this move encouraged consumers to talk about the issue of sustainable food. Despite the backlash Chipotle faced, the campaign generated massive publicity. The people who caused the backlash were the farmers and consumers who did not believe that Chipotle accurately represented them. The important thing to remember is that it is very possible to be misunderstood by using cause marketing.

With 740,000 followers on Twitter and over 2.8 million likes on Facebook, Chipotle implemented social media marketing to get customers to think about where their food came from. Through the conversations they sparked, Chipotle was able to connect with their customers on a personal level and engage with them.

Since we are trying to look at Chipotle’s increase in digital sales, let us take a look at their SWOT analysis. Hopefully we can gain some insight into the competitive advantages that has allowed the company to achieve dominance in the industry. 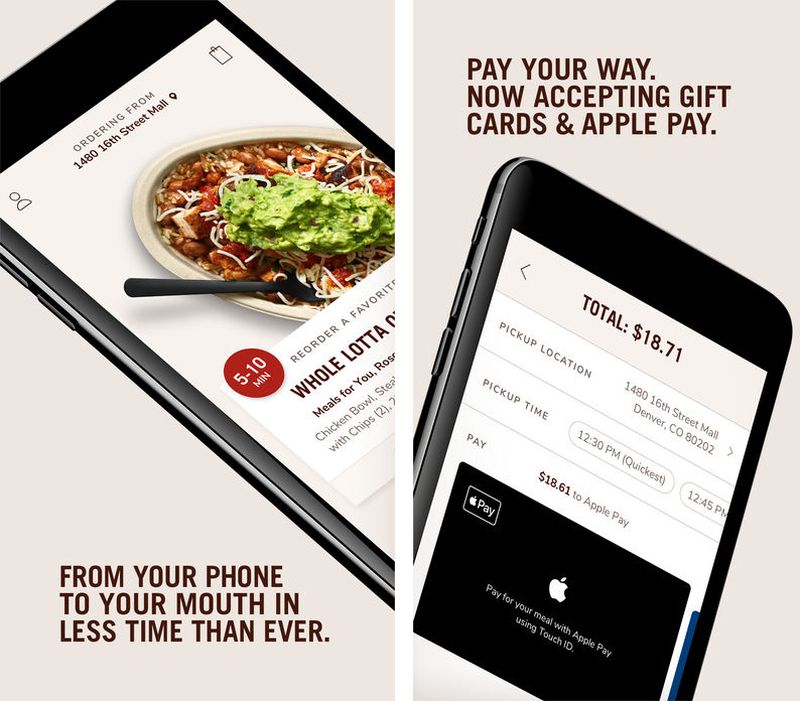 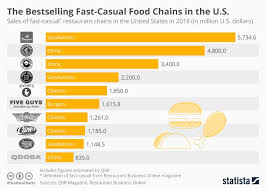 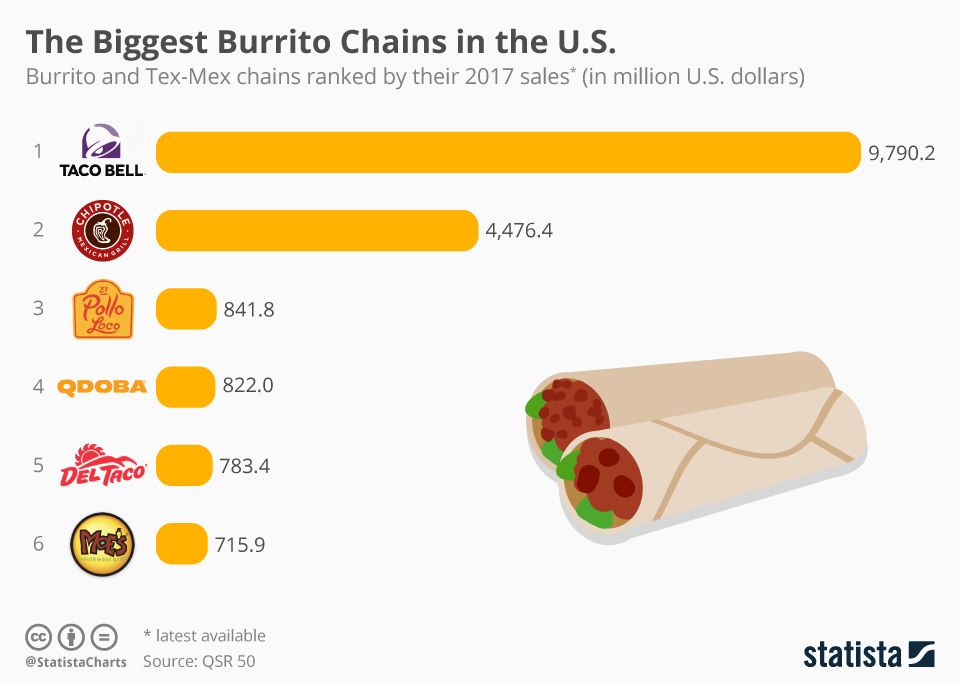 Chipotle has managed to survive mainly by improving on the efforts that they had implemented years before the pandemic hit. Their ability to understand what their consumers want is also equally important. They know that there are issues which they need to address so that they can remain relevant in the market through sustainable resources and their digital marketing strategy. Even with these gaps, what they have already done both physically at the store fronts and online has helped them to become a major powerhouse in stocks among other things.

Get more visibility for your business during this period of COVID-19 by undertaking a public relations campaign with Pressfarm. Our team of PR experts is skilled at working with brands to develop quality content and build a media outreach strategy to push it out to the right outlets. From writing press releases which will pique a journalist’s interest to designing creative press kits which will help you stand out, Pressfarm is equipped to help you make a memorable impression for your brand. In addition to building a content creation and distribution strategy, all our clients get access to our media database which contains over 75,000 journalists across niches and industries. Each client also gets curated media lists, tailored to help you connect with relevant media professionals in your niche. If you need help building visibility for your brand, we’re here to do exactly that. Reach out today and let us help your brand earn the publicity it deserves.