How Can Buying an SSD Help Your Business? 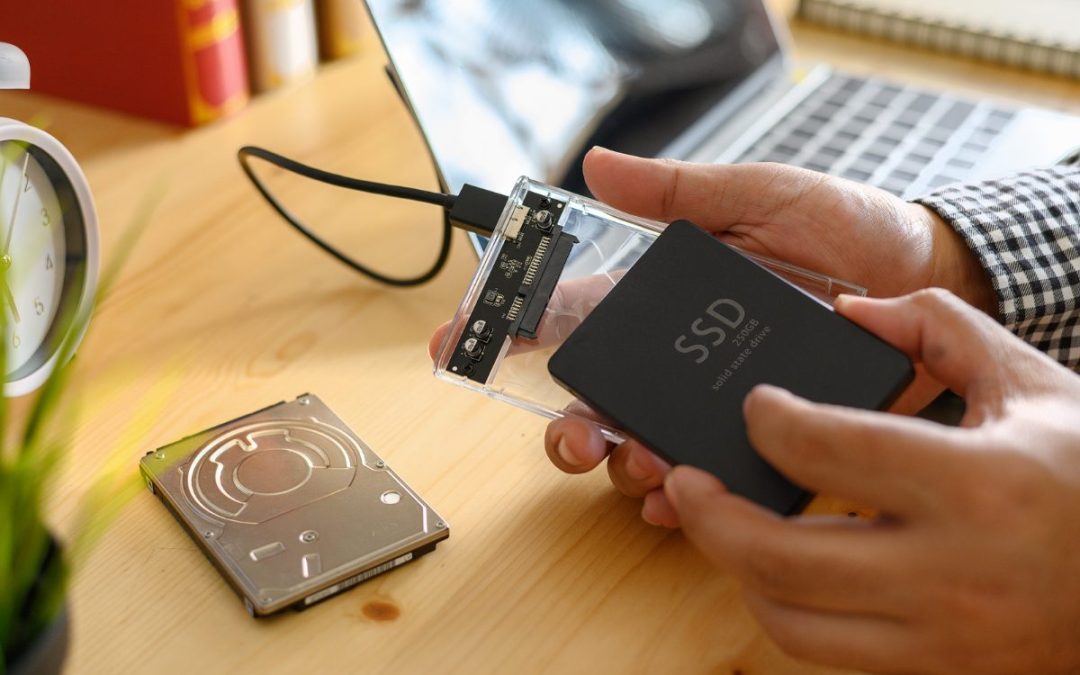 While many businesses use HDDs as their primary storage, SSDs are becoming popular and more suitable for business use. Unlike HDDs, an SSD promises you superior performance and better features. Other than maximum performance at low costs, SSDs can improve productivity in your business beyond what HDDs can do. Here’s why you should opt for an SSD to help your business.

What is an SSD?

An SSD is a data storage device that, unlike an HDD, stores and accesses data through nonvolatile flash. In short, the SSD doesn’t have any mechanical components that move, which makes a significant difference. It is entirely electronic and contains microchips that store information, making it less likely to fail due to processing problems and wear-and-tear damage.

The Difference Between SSDs and HDDs

Why SSD Is the Right Choice for Your Business

SSDs have become increasingly popular in business because of numerous reasons:

One of the biggest complaints businesses have about their computers is that they are too slow, and it’s especially true if the hard drive gets full after a while. There are several ways in which SSDs can increase your speed.

Firstly, SSDs boot at an average speed of 13Mbs per second compared to HDDs. Secondly, they have a faster copy and write speeds due to storing data on nonvolatile storage media. And finally, they are 30% faster than HDDs.

When your business deals with highly confidential information, you want to keep it safe from unauthorized access or malicious cyberattacks. As opposed to hard drives, which can only encrypt data at a certain speed at the software level, you can encrypt the SSD at the hardware level. For this reason, they are a much better choice when you want to safeguard your data and have peace of mind.

When using an SSD for your business, it can last twice as long as an HDD. It is shock-resistant and not prone to general wear since it doesn’t have moving parts that can potentially lead to damage and wear down. SSDs can easily handle shocks and bumps better than HDDs.

SSDs will extend your laptop’s battery life due to low power consumption. You’ll have extra time to find a power outlet when traveling for business.

While HDDs and SSDs are viable storage options for your business, they have some significant differences. Compared with HDDs, SSDs offer excellent performance, durability, speed, and security features. Choosing an SSD for your business would be best to avoid endless rebooting, frustration, and wasted time.