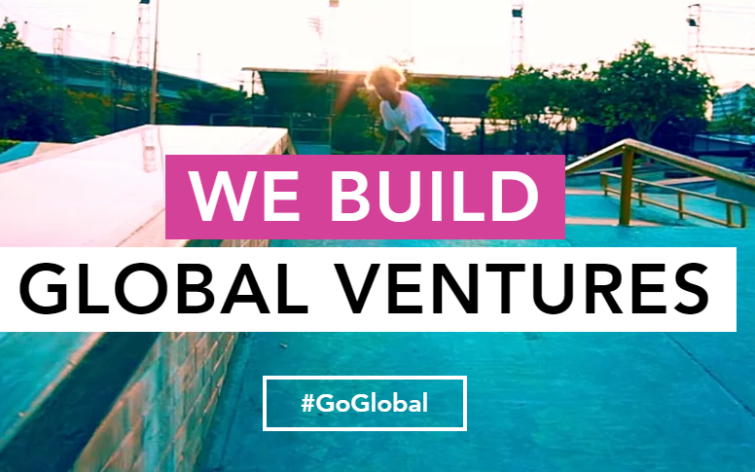 A Cross-culture venture studios that travels the world investing in resilient teams bold enough to #GoGlobal.

As an entrepreneur launching a startup, two key ingredients can make or break your business: a co-founder and access to enough capital to grow the business fast. This is where GSD Venture Studios steps in to help: they offer entrepreneurs both co-founder support and the financial backing required to achieve rapid growth.

In our startup story this week we chat with the founders of GSD Studios, Gary Fowler and Derek Distenfield, about the qualities of GSD which position it for success. They tell us about the inspiration behind GSD, the features of an ideal startup, and what makes GSD different from startup accelerators and investing partners.

1. Intellectual capacity is evenly spread throughout the world, but opportunity is not

“I’ve been travelling to eastern Europe since 1992 and I’ve seen the amazing technical talent that builds great tech companies in a financially efficient way,” Gary explains. “Because of political and cultural dynamics, it seems like eastern Europe is this amazing car in the garage. Since Silicon Valley is so far away, this car has not yet debuted on the racetrack.”

To bring opportunity within reach of as many startups as possible, GSD partners with apolitical startups and entrepreneurs from eastern Europe to create AI companies that are truly global and not confined to a specific country. “We do this starting in Silicon Valley because it is a port to the rest of the world,” Derek elaborates.

2. There is a gap in intellectual and financial capital for startups

Picture a pendulum: On one side of the pendulum is “Art of the Start” investment, led by the accelerator movement that includes YC and TechStars. The accelerator movement is followed by Eric Reiss and Steve Blank’s “Lean Startup” model which led to the rise of seed investors and Micro Venture Capital. The “Art of the Start” investment is focused on getting as many people as possible to start companies.

On the other side of the pendulum is growth capital investment, which is largely led by Mary Meeker, SoftBank and other investors who help when you need a substantial amount of capital before your IPO.

“There is a massive gap in the middle,” Gary states. “GSD is there to help when companies have achieved product-market fit and a couple million dollars in ARR but are not yet ready for a unicorn round.”

3. GSD has credibility and experience

Derek and Gary have both built careers out of leading successful startups in eastern Europe and the United States. Gary has built many successful companies in both Russia and the US. He has also worked with the popular Russian entrepreneur, David Yang, to launch the award-winning startup, Yva.ai – an employee management tool. Gary also co-founded an early Russian accelerator, GVA LaunchGurus. He was also on the original management team of Click Software, which recently sold to Salesforce for $1.3 billion.

Derek also has a diverse background in launching startups. He worked in several startups in New York and California, valued from $0 to $2 billion and he ran and sold a storytelling marketing firm. Derek also served in the US Army and helped run and start Bunker Labs, a national accelerator for veterans and military spouses.

“We believe that to become a global company, the team must be both diverse and full of grit,” Derek says. “Being bold and having grit is important.”

According to a McKinney study, gender diverse firms lead to 35% higher returns. Gary and Derek are convinced no population has been through more or demonstrated more grit than eastern Europe. Diverse teams with grit is a combination that makes GSD’s companies very powerful.

In their quest for promising startups to work with, the founders travel the world investing in resilient teams bold enough to #GoGlobal.

“We look for companies that have a strong Artificial Intelligence product and talent or companies that can have it injected into them through our network connections. Our due diligence is very strong, thus ensuring the product works exactly as advertised and the cap table is investable.”

Gary and Derek believe startups should focus on finances and metrics. “In today’s world, financial efficiency matters a lot,” Derek explains. He believes eastern European startups have an edge here because they have access to great talent at a low price.

Gary adds that there are hidden metrics which don’t get discussed enough. “One metric startups should pay attention to is the ratio between your traction and the number of months you’ve been in business,” he states. “Another important metric is the ratio between how long you’ve been in business and how long it’s taken for you to reach $1M in ARR.”

There is no single formula which determines the success of a startup, but investors and consumers both want to support winners.

“Investors especially want to feel like they’re adding gasoline to a fire, not contributing to a slow-moving project. Western consumers and businesses don’t buy features and benefits alone. Large companies like Apple, Nike and Salesforce sell only what they truly believe in.”

FROM STARTUP TO GLOBAL COMPANY

Most startups are set up around a strong product, and this is especially true in eastern Europe. However, GSD adds two more ingredients to a startup’s portfolio. A strong sales and marketing strategy and a strong and targeted execution.

“We design a story and a website for each startup. We also make product recommendations and use our team and our network to identify early US adopters.”

Startup accelerators and investing partners are all alternative options for startups looking to grow globally. They both existed long before GSD arrived on the scene. However, GSD offers startups more support and more resources.

“Accelerators are great for when you first start. However, they designed to fit into a 13-week summer vacation. AI startups simply need more support than that. GSD helps with what happens after you start and gain traction.”

THE FUTURE OF GSD VENTURE STUDIOS

Both founders foresee a bright future ahead for GSD Ventures. “We want to change how companies are started and who they are started with,” they say.

GSD has plans in place to develop a partner and operations model. That is global and similar to what Derek designed with Bunker Labs.

Given time, the founders are on track to develop billion-dollar portfolio companies. Ultimately turning GSD Venture Studios into a billion-dollar brand.