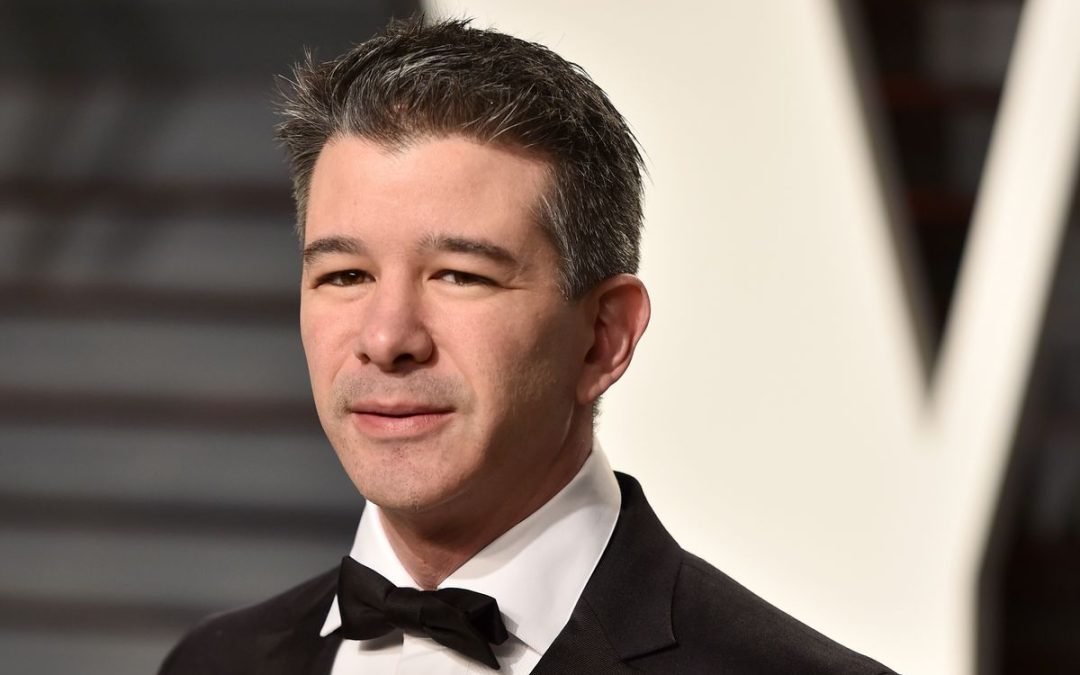 For many startups, the difference between success and failure often comes down to money. It’s true, even the best ideas or concepts never reach the market due to lack of funding or poor cash flow. At the same time, most successful startups have experienced similar problems and almost failed before they became wildly successful. This is certainly true about the billion-dollar unicorns in this article.

But how do these startups succeed where most have failed?

Let’s look at five instances where startups almost failed and went on to become billion-dollar unicorns:

Bob Parsons founded GoDaddy back in the mid-nineties. After spending a fortune on his startup, he found himself in the midst of a difficult decision. GoDaddy was not profitable for the first four years, and Parsons was on the brink of closing down the company which he believed in.

However, during a vacation to Hawaii, Bob had an epiphany that would change everything. While observing a nearby valet driver, he realized that at the very worst, he would lose all the money and start working as a valet driver. It seems like a rather minor thought but the truth is, this simple moment managed to revitalize Parsons. Just a few months later, GoDaddy was profitable for the first time.

In the time since, GoDaddy has also mastered the art of up-selling. This is essentially how the company went from ‘failed startup’ to success in such a short period of time. For example, GoDaddy offers some of the cheapest rates on .com domains. They have an impressive conversion rate when it comes to up-selling extra features such as privacy, storage space and extra years.

The GoDaddy CEO is also a veteran of the Vietnam War. He attributes this experience to his relentless belief that worry and stress are merely obstacles on the path to success. Today, the company has a net worth of $13.98B.

Travis Kalanick and Garrett Camp first came up with the concept for ‘UberCabs’ in 2009. They were quickly forced to change their name to Uber due to a pending lawsuit. However, funding was a huge problem for the startup and VCs were mostly disinterested in the thought of disrupting the taxi industry. In fact, even Gary Vaynerchuck declined the opportunity to invest in the idea, and he was already close friends with the founder, Travis Kalanick.

One year later, Uber was also tackling a range of serious issues including allegations of sabotage and accusations of misogyny. As if that wasn’t enough, the public was still worried about the safety of getting into a stranger’s car. Viral videos of unfortunate incidents did nothing to alleviate these concerns.

However, Uber began focusing on these customer issues and taking proactive steps to alleviate concerns relating to the public and local laws. Beyond that, Uber developed such a presence in the industry that investors went from disinterested to scrambling for shares in this incredibly profitable company.

In spite of all the allegations and obstacles, Uber continued to grow and managed to achieve $11.1 billion in revenue at the end of 2020. Considering that the COVID-19 pandemic had just hit and the world was in chaos, this figure is impressive. The genesis of Uber marked the start of something big and a benchmark for similar companies that wanted to recreate the concept in other industries.

KFC is probably the most famous failed startup story of all time. When Harland Sanders first came up with the famous recipe and technique for Kentucky fried chicken he tried to contact local restaurants. However, he received absolutely no interest. At the time, Colonel Sanders was also working in a gas station. He spent lots of time desperately trying to convince investors to try his incredible recipe.

Instead, Sanders began cooking this recipe for customers at the gas station. It wasn’t long until people were visiting the service station for chicken rather than gas.

But that’s just part of the story….

Although Sanders opened a roadside restaurant, his business was essentially crucified when a much bigger road was constructed nearby. Essentially, traffic no longer passed the restaurant and the restaurant was left with hardly any customers. For this reason, Colonel Sanders embarked on an immense road trip and tried to sell his special recipe to thousands of restaurants. Once again, there was no interest in his recipe and he was left mourning the potential death of his beloved creation.

It was at the age of 75 when Sanders finally sold his recipe for $15 million. KFC is now one of the largest fast-food restaurants in the world. In fact, KFC is currently the 3rd largest restaurant in the world, only eclipsed by Starbucks (#1) and McDonald’s (#2).

Brian Chesky is no stranger to disappointment. In early 2008, the founder of Airbnb had been rejected by seven well-known venture capitalists. Chesky was left feeling dejected that investors were unimpressed by his ideas. As if that’s not enough, Chesky was apparently living on cereal at the time. Moreover, he was sleeping on an air mattress, while continuing to seek out more forward-thinking VCs.

Airbnb is now worth $ 4 billion. Furthermore, the company recently acquired HotelTonight for over $400 million. Shortly after this acquisition, HotelTonight’s stock price skyrocketed. It is regarded as one of the most successful startups in the modern era. But how did any of this happen at all?

Believe it or not, the Airbnb team decided to create a series of cereal boxes. The company named these cereals after the two main presidential candidates in 2008 – Barack Obama and John McCain. Although it seems like a small change, this endeavor raised tens of thousands of dollars which enabled the startup to keep the project alive.

It also seems incredible that something so successful had failed to receive any traction. However, this is precisely what most startups fail to understand. Even with the best products or concepts or systems in place, there is still a very fine line between success and failure for startups.

We have no reason not to believe Elon Musk when he says that Tesla was “single-digit” weeks away from absolute failure. In a recent interview, the founder was explaining how the production of the Sedan Model 3 left the company in dire straits and just days away from closure.

While Tesla cars were growing in reputation at the time, this would not have been enough to withstand serious cash flow problems. In other words, Tesla was running out of money fast. There were no signs of this changing any time soon.

In the end, Musk himself was forced to take an even more hands-on approach. He personally designed an entire production line of battery packs for three weeks. In fact, the serial entrepreneur was sleeping on the factory floor and working 120-hour weeks. All of this while his physical and mental health began to decline at an alarming rate.

Although complications with production continued in 2017 and 2018, this was expected for such a revolutionary vehicle. More specifically, these issues are much less serious now. Tesla has turned to cost-cutting and attention to detail in order to remain at the top of its game.

At the time of writing this article, Elon Musk has been named Technoking of Tesla after the company announced that it had bought 1.5 billion worth of bitcoin in February. The electric car manufacturer continues to produce thousands of cars, generating millions in profits every week.

Many startups fail due to over-spending or poor cash flow. Others simply give up before the business has enough time to grow. While there is always an element of luck involved for entrepreneurs, most billion-dollar startups achieve success through hard work, self-belief and sheer perseverance. Indeed, the proof is in the pudding: tomorrow is yet another day to succeed.

Are you part of a startup that already has a formidable team and is ready to launch? Just imagine how amazing it would be to let someone else worry about generating publicity for your startup. This way, you can focus on perfecting your product. With a team of professionals who have experience working with brands from different industries, Pressfarm can do that for you! Pressfarm provides personalized public relations services that will help you tell a memorable brand story to capture media attention and inspire your target audience.

We have experience writing press releases that will win journalists over and feature articles that will excite your target audience. We are also skilled at designing media kits that showcase the unique personality of each brand. On top of taking care of your content creation, we are committed to helping you find the perfect journalists to cover your story. For this reason, we give all our clients access to our media database of over 1 million journalists across different niches. With this database, you can forget about having to comb the Internet for journalists every time you have a story to pitch.

Check out our packages today and choose one that works for you and your startup. Let us help you tell a brand story that moves your target audience and inspires action.