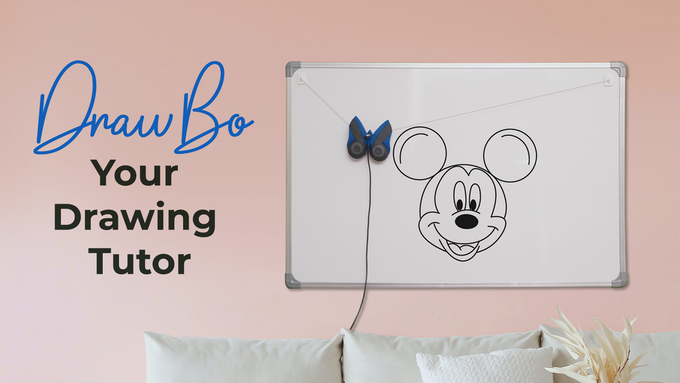 As we near the end of a rather tumultuous year of having to keep a social distance and stay inside for the most part, we are slowly running out of new creative things to keep ourselves busy. We have tried everything from binging Netflix, working from home, and learning a new skill. However, while we as adults generally have better control of our emotions and attitudes towards certain situations, children do not. They are still going through fundamental developmental stages that we adults take for granted.

From a young age, children have been given some type of creative tool to express themselves, whether in school or at home. Research has shown that drawing has proven to have many developmental benefits for children. While other forms of expression exist, drawing seems to come naturally and inspires creativity among many children. Art and its creation have existed for so many years, but combine technology and AI, and it is a hit for Generation Zs.

Knowing about the “dependency” that many children have on technology these days, a team of California-based engineers and product designers created DrawBo, a robot specifically designed to turn drawing into joyful entertainment for children so that they will eventually have the confidence to draw anything. Maybe in the future  they can even draw a person, group of people or children or anything else that’s in their imagination.

What tends to be a big issue when it comes to creative tasks is the frustration of not getting it exactly right, or not having the image look how the artist wants it to look. However, by using DrawBo, users can learn how to draw a specific image line by line until they gain confidence. That boost of confidence is significant in a child’s development. After all, when a child can create physical representations of what is in their imagination, they will gain confidence. It helps them feel motivated, worthy and validated.

Generation Z understands way more about Artificial Intelligence and Deep Learning Algorithms than previous generations. The DrawBo device and its accompanying app offer an easy and straightforward way to learn how to draw.

Once the DrawBo is set up, the user can choose and upload any picture from its 500+ image gallery ranging from different skill levels. The device will conceive the image and identify the other parts of the drawing. The app is very user-friendly and allows the parent/user to choose the image to draw. Users can also select the length of pauses between each step of the learning process based on the child’s age and drawing skills.

With a pledge of $149, people will receive a DrawBo along with 500+ in-App images to choose from. If you’re interested in finding more about the DrawBo Kickstarter campaign and why it has been chosen as a Staff Pick, click here for more information.