How Cryptid is Changing the Horror Film Industry 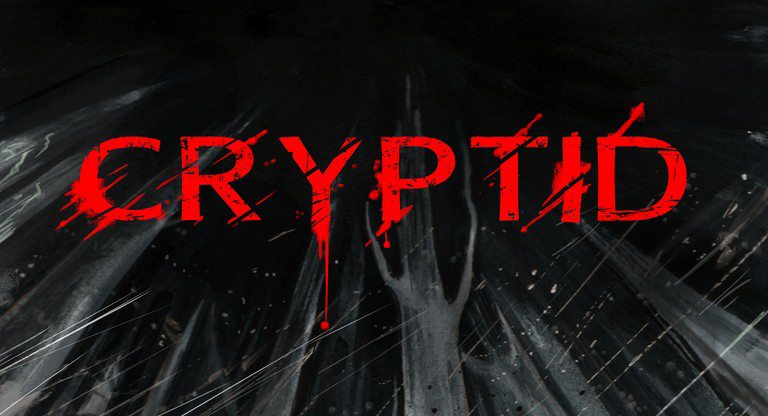 How Cryptid is Changing the Horror Film Industry

Horror films never go obsolete. Trends and filming prospects may come and go, but there is always a ready market for films to scare people. The genre has experienced its fair share of highs and lows and we are currently living in the former.

Horror films are some of the most inventive and captivating pieces of cinema. With this genre, it’s all about tone, mood, story, and texture, unlike other genres that rely on other elements such as dialogue. A great horror film is all about story and character, the key reason why Cryptid was created.

Brad Rego, the director of Cryptid is an award-winning cinematographer who has shot various feature films, TV shows, and documentaries. Reego saw a gap in the horror films market which solely focused on features such as dialogue and plot points. Also, today the horror film market is experiencing strong success and with it presents funding problems. This presented a perfect opportunity for him to create and sell effect-driven horror movies and at the same time allow the public to invest in films to own a piece of movie history. I recently interviewed Brad Rego, now a Pressfarm user, to talk more about Cryptid and investment plans for the product.

Behind the scenes elements of the movie

Since the movie has not begun production, the behind the scenes info is limited.

“However, the creature is going to be a practical effect. Instead of CGI, we are actually getting a person in a crafted suit using the latest in molding and animatronic technology to bring the creature to life. We believe there is something that is added having a real creature on set as opposed to an actor acting against a tennis ball on a stick.”

He adds, “When filming the opening scene proof of the concept, it required rainy weather so we built a type of rain machine that looked like a net that had to be positioned over the set and ran water through it over the course of the shoot. We are planning for an end of summer beginning of fall shoot with a 28-day shoot schedule. The timeline would be to finish the movie and get it ready by the end of this year in order to attend some of the main film markets around.”

Background on the potential actors in the film

“Unfortunately, we haven’t cast the movie yet as we are still in the raising funds stage. Once we raise sufficient funds for the film we can hire the cast that fits in with the budget. Our hope is to cast two of the three main cast members using known talent to boost its visibility in the market,” Rego says.

You have a great idea for a new product and you are confident that it will be a success in the market. Getting the right funding is key.

Rego offers, “The fundraising model we are using is an equity crowdfunding format. It is similar to traditional crowdfunding like a Kickstarter, with the exception that instead of donations, it allows the general public to invest and gain an equity stake in the film. This just became legal in 2016 through the JOBS Act Reg CF. Prior to the law being passed, you had to be an accredited investor in order to invest in a company online. To be accredited, you need to have a net worth of at least $1 million or must earn an income of at least $200,000 per year. This film would be the first narrative horror film to use this method of funding, so it would be part of a movie history.”

“My directing background has been almost in horror films. I have directed five different short films that have gone to festivals and three feature films, two of which secured distribution on a global platform. My latest horror feature, “The Killing of Jacob Marr” was released in October 2010. It has since gotten rave reviews at leading independent movie sites like “Ain’t it Cool News and is currently available on a multitude of OD platforms such as Amazon Prime, IndiReign, Comcast Xfinity StreamPix, and Cinecliq.

He adds, “I am also the founder and president of 221 Films Inc. for the last eight years. I am the president and managing member of Cryptid, Llc. In between directing films, I work as a freelance cinematographer. I have shot feature films, commercials, and documentaries as well as shooting for shows on TLC, Hulu, PBS, and DIY network. So my experience both in the horror industry as well as the production industry gives me a huge amount of creditability in completing and selling a film in the market.”

The inspiration behind the film

“Cryptid stems from my love of creature features growing up in the 80’s with the greats of Jaws, Alien, The Thing, Predator, etc. I have always been such a fan of the visceral aspect of the man vs. nature setup. It’s something that I felt has been somewhat lost over the years. So when I started to think of what type of story I wanted to tell. The creature feature was always in the back of my mind,” he recalls.

“To create a throwback monster movie in the same vein of those greats. A fight for survival with good characters and a scary monster. That is magic. I don’t know if I have an exact story of how I came up with the idea. I love mysteries and the concept of two people trying to solve a puzzle. Mix that in with the creature lurking in the darkness causing chaos in a small wooded town. It just scratches all the right things that interest or quite frankly scares me.”

“Absolutely! I have several scripts ready to go for future projects. A horror/sci-fi movie that deals with parallel dimensions, and a horror movie about a small town run by a cult. So this movie is a long chain of movies to come,” concludes Rego.