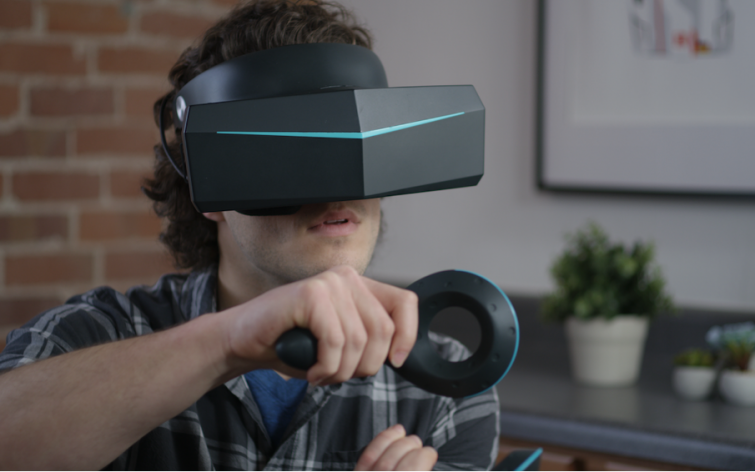 Every business, product or service needs funding to become a reality. Whether it is money provided by the founders, donated through fundraising, or invested by outside parties, every aspect of a business needs money one way or another. In the past, obtaining funding was difficult for a company in its infancy without any significant connections or resources. However, with the rise of technology and social media platforms, it has now become a lot easier for entrepreneurs and startups to build up an audience that is excited about their products and services.

Crowdfunding has come a long way since the launch of Kickstarter, more than a decade ago. In fact, it has now become a popular way to raise funds for just about anything. Funding a project or venture through crowdfunding has become one of the best ways for a startup to emerge into the market. At the moment, around 17.2 billion dollars are generated through crowdfunding annually, and this is expected to rise to around 300 billion by 2030.

Since the market is saturated, while crowdfunding offers new opportunities for funding, it can be difficult to run a successful campaign purely because of the number of projects that exist. Marketing professionals and startups have now come up with the best practices that can be used to get through the campaign process. Startups and potential crowd funders need to be aware of the new approaches, tips and ideas that are emerging all the time.

While the Black Lives Matter movement gained momentum way before 2020, the events of 2020 – including the death of George Floyd and Breonna Taylor – propelled it to the forefront of activism. According to the New York Times, 2020’s protests – which took place despite social distancing measures put in place because of the COVID-19 pandemic – may have been the largest movement in U.S History.

Polls conducted showed that more people attended the Black Lives Matter protests than the 3-5 million people who attended the Women’s March of 2017. This is thanks to the big shift in public opinion about the movement as well as broader support for recent protests. These shifts, together with the public support from organizations like the NFL and NASCAR for Black Lives Matter, encouraged supporters who would typically just watch from their TV screens to actually get involved.

Last year was an emotional year for many of us and it seemed that people wanted to finally stand up for something and make a difference. According to the poll results, it is also possible that last year’s protest may have been spurred on further because the US was already conditioned to protesting. This is a logical conclusion, given the former president’s stance on “issues like guns, climate change, and immigration, which had actually led to more protests than under any other presidency since the Cold War.”

Along with that, a recent shooting in Atlanta killed eight people, six of whom were Asian women. This attack sent shockwaves throughout the nation and exacerbated the fears that many Asian Americans and Pacific Islanders had as a result of recent crimes and racism against them as a result of the pandemic.

When the coronavirus first struck the world, political leaders propagated this negative stereotype by calling it the “China Virus” or “kung flu”. This seems like a repeat of what happened at Pearl Harbor. This bombing led to Asian Americans being treated badly and put in internment camps just because the nation feared them.  Much like the protests last year, many took to the streets to address these race-related issues, in the hopes of making the world aware of what is going on with minorities all over the world.

These movements don’t show any signs of slowing down, and Kickstarter has already developed an entire page on its platform dedicated to educating and promoting the campaigns of Black and PoC organizations. The page includes multiple links to different Black business owners and other demographics. The page also includes articles to read, advice on how to protest safely, and additional resources for anyone interested in joining the movement.

Even before social distancing and stay-at-home measures were put in place, the gaming industry was on the rise.  New games like Fortnite and Among Us filled our screens. During the pandemic, we were trying to find new things to entertain ourselves with. As a result, online gaming campaigns on Kickstarter gained a lot of traction. Many startups selling tabletop games, gaming accessories, and devices like special tablets for Roblox gaming. As a result, video games had successful crowdfunding campaigns.

According to a poll done by Polygon, successful campaigns for tabletop games and accessories earned more than $233 million in 2020, up from $176.3 million in 2019. This market is expected to grow by another 7.76% in the period from 2022 to 2026. Crowdfunding platforms have now become the hub for games of all kinds: whether they are on PC, consoles, mobile, and tabletops. These platforms are now a great way to get personal gaming projects running.

Thanks to platforms like Kickstarter and Product Hunt, developers who do not have a large budget or full team to complete a project can depend on goodwill and donations. The “golden age of gaming” was only given a boost in 2020, when the pandemic forced most of the world indoors. This allowed entrepreneurs and startups to communicate with fans and support rising developers with creative and artistic visions. Despite the current global economic slowdown, the video game industry is still set to grow by 2.1% between 2022 and 2023. This means that gaming companies will still be promoting their games on platforms like Kickstarter.

With social distancing forcing brick-and-mortar restaurants to close, many had to rely on home-cooked meals or food delivery options from 2020 to 2022. In order to support the community, both chefs and novices in the kitchen banded together to share new recipes. For this reason, food and drink crowdfunding campaigns became so popular that Kickstarter developed an entire category dedicated to them. If you’re a foodie launching a new product, then you can now easily launch a campaign for anything from home distilleries to cookbooks, food trucks, and homemade treats.

In an interview done by CrowdCrux, they interviewed 7 successful food campaign creators about how they launched their companies. One company, Food Huggers, a company that provides reusable silicone food savers in San Francisco was able to collectively pledge over $150,000 with over 5,000 people supporting their project.

When asked why they chose crowdfunding, the founders stated that they both had experience developing and launching new products for clients. Moreover, they had already been interested in trying crowdfunding as a new way to bring a product to market. Through the design process, they realized that their product was a good fit for crowdfunding. They wanted to test the market by launching the product themselves.

While the effects of the pandemic have been reduced to shorter waves, more people are still opting to cook food at home to either save money or master a new skill. For this reason, the food trend will continue with more products and techniques emerging as the years go on.

Even during the initial phases of crowdfunding, there were platforms specifically dedicated to artists and creatives looking for alternate avenues to promote their innovative ideas and projects. It is true that crowdfunding projects are popular among startups with a low budget. Nevertheless, many well-known artists have turned to crowdfunding to take their ideas to the public. In fact, creators who originally struggled with traditional marketing were able to use Kickstarter and other crowdfunding platforms to thrive.

An example of this is the IS183 Art School ceramics studio. The studio was recently in dire need of repair. They owned a soda kiln – a piece of equipment that no other studio in the area had. Even so, the art school was on its last leg of survival. Knowing that their equipment was considered a rare and special resource, they decided to rebrand through Kickstarter to help build a new kiln for the active and vibrant community of artists in their area. They surpassed their goal of $11,652 by raising $12,577. This money was enough to complete the repairs and resume providing services to the community.

The COVID-19 pandemic separated a lot of people from their loved ones and forced us to find new ways to communicate in fun and creative ways. It is this creativity that distracted us from what is going on in the world – for two whole years. Even as the effects of the pandemic wane, people are still focused on creative equipment that help drive their hobbies and feed their souls. One of the reasons art has become a popular topic of discussion is because the pandemic highlighted our human need to care for ourselves mentally and spiritually. With this realization came the accompanying discovery that art was a good way to care for mental health. As a result of this trend, Kickstarter and other crowdfunding platforms have created an entire page and separate link for creatives. This page is designed to creators who want to publish magazines, art books, and music inspired by or made over the course of the quarantine period and beyond.

Many people rely on technology just to get through the day. That is especially true now, with record numbers of people opting to continue learning and working from home. In fact, Pew Research Center has found that approximately 6 in 10 US workers are still working from home. While it’s true that people are more reliant on technology than ever before, it can be challenging for startups to compete against powerhouses like Apple and Tesla. Nevertheless, this isn’t a reason to give up before you’ve even tried. Among its many categories, Kickstarter has a specific one dedicated to technology for those out there who want to create something that can help others.

At the moment, the largest successfully completed crowdfunding project is still Pebble. The smartwatch raised over $20 million with over 70,000 backers. This smartwatch was developed by Pebble Technology and assembled by Foxlink. In early 2015, they announced the product, as well as its fundraising on Kickstarter. The watch reached its goal of $500K in just 17 minutes and received $1M in 49 minutes. This is the most funded Kickstarter to date.

With technology constantly evolving, there is no doubt that there will be more tech-related crowdfunding projects. These projects will continue to use those platforms to get their projects out there.

The current market is fully saturated with crowdfunding projects. For this reason, startups and entrepreneurs obviously need to put in more effort in order to get the funding they need to start their projects. Since simply having a good project is not enough anymore, sometimes a good PR campaign might just give your campaign the boost it needs

Pressfarm is a PR agency that helps startups and entrepreneurs gain media coverage using quality content like winning press releases, engaging guest post articles, and creative media kits. They also provide access to their PR database of over 1 million journalists to help find the best journalists in their niche. Connecting with these journalists can help entrepreneurs to promote their brands. Since crowdfunding is still predominantly digital, Pressfarm’s PR professionals also help increase online visibility for brands. This is achieved by helping brands feature in relevant search results on various search engines.