How to Build a Marketing plan for an ICO – 2021 Advice 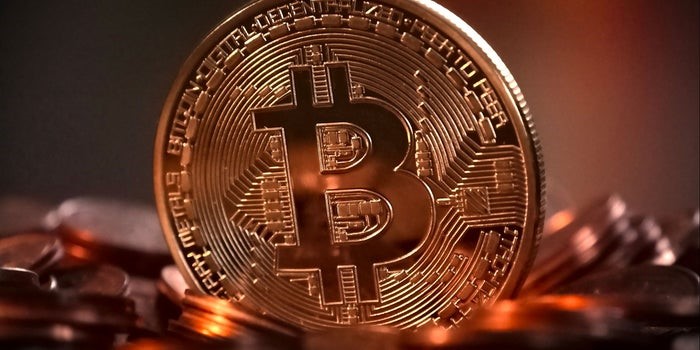 While cryptocurrency has been around since 2009, Initial Coin Offering (ICO) is a relatively new venture that has proliferated because of new cryptocurrencies. However, even though there has been quite a lot of success, there have also been quite several unsuccessful ICOs because of the increased competition in the market.

Much like everything industry, for ICOs and other cryptocurrencies to be successful, there needs to be an effective ICO marketing plan to promote it and enable it to reach its target market.

Initial Coin Offerings are how a company in the cryptocurrency industry looks to raise money to create a new coin, app, or service. They are a popular fundraising method primarily used by startups that plan to offer products and services related to the cryptocurrency and blockchain industry. Some ICOs are very successful, yielding massive returns for investors, but don’t reach their true potential or even turn out to be frauds. For that reason, to work with an ICO, investors need to have a high degree of caution when researching and investing in ICOs and have a basic understanding of how to use cryptocurrency wallets and exchanges.

Once they have that knowledge, interested investors can buy into the offering and receive a new token from the company, which may have some utility in using the product or service or just represent a stake in the company or project.

Before even using an ICO, a cryptocurrency startup should create a whitepaper to outline what the project is about, the need that will be fulfilled upon completion, how much money is needed, how many tokens will be kept within the company, why type of money will be accepted, and how long the campaign will be.

In layman’s terms, ICOs are like the Kickstarter for crypto projects. However, the critical difference why ICOs differ from crowdfunding is because backers of ICOs are motivated by a future return on their investments, while crowdfunding campaigns are more like donations.

ICO has advantages and disadvantages, but it can be successful for the cryptocurrency startup if used and done correctly. For example, rather than receiving stock shares in a company in exchange for their investment, investors do not get any “shares” with ICO. Instead, companies that plan to raise funds through ICO provide a token, which is the share’s blockchain equivalent. Early investors are usually motivated to buy tokens in hopes that they will be successful after it launches. The primary benefit of ICOs is the potential for very high returns. However, as they have become a big part of the cryptocurrency and blockchain industries, some challenges and risks go along.

However, if a startup creates the right ICO marketing plan, they will be able to influence people who are considering investing in the company.

How to start an ICO

Before even trying to market an ICO, a company needs to launch its ICO campaign, which can be quite time-consuming. An ICO campaign can be split into the pre-public engagement phase and the post-public engagement phase. Both steps can take up to a year because it includes all the processes before the big announcement to the actual sales of tokens. There is no set of rules for creating an ICO, but it can be complicated within the right guidance and team.

1) Make sure an ICO is necessary

Rather than jumping on the ICO bandwagon, startups need to make sure that their project solves an actual problem that needs ICOs. For a project to be successful, it needs to offer a solution that the market needs at the moment. Ideally, the solution should be better than what the competition has to offer, and that can be achieved by the company having a thorough understanding of the market, knowing their target audience, and knowing what their audience will be willing to give their money for.

As mentioned previously, plenty of ICOs have been successful, and plenty more haven’t. At the moment, ICOs are the most regulated aspects of cryptocurrencies, which is the result of a high volume of ICOs shutting down and being checked for scams. There are certain countries where ICOs are legal, regulated, or subject to further regulation, and some have banned it outright. To stay on top of the competition, startups need to learn about the different rules and pay close attention because there are any future changes.

Something that needs to be kept in mind is that even if a company is not breaking any laws, any activity that isn’t transparent may result in the project being labeled as a scam. Companies need to obey all the laws and regulations related to ICOs, and they need to be completely open about how they are going to handle people’s money.

Once a company has thoroughly researched and understood the first two steps, they can create their token and have a solid distribution plan. There are many different token sale stages, including private sale, pre-sale, the actual ICO, and general sale. By having a solid plan, there is a higher success rate.

Once that happens, creating an ICO token is simple enough since there are now online services that generate cryptocurrency tokens within seconds. Customizing certain aspects may take a bit more time and difficulty, so if necessary, companies should consider hiring a tech-savvy professional to do it for them.

4) Market and promote the ICO

Like every other industry that needs visibility to attract potential clients and investors, it is essential to create an effective marketing plan to promote the company and the ICO. Public relations plays a significant role in trying to get the word out there about a business, product, or service.

Let us look at some PR and marketing strategies companies can use to promote their business successfully.

How to build a successful PR and marketing plan for ICO

Before launching the ICO, companies should have a well-optimized website to act as the foundation for their ICO marketing strategy. The website and its content will be the initial impression of the company’s target audience. It should be easy to navigate so that visitors can get as much information as possible in the shortest amount of time. Being transparent with all the information will build trust among site visitors, positively promoting the ICO.

Writing a cryptocurrency press release and launching a media outreach campaign is the best way to get a message out to the world. PR content should be professionally written and added to authority sites to get the most visibility. While this task can be done within the company, sometimes having an outside perspective works in a company’s favor. Hiring a PR agency allows companies to gain expertise, experience, and relationships to create an effective marketing strategy.

Cryptocurrency startups can also establish authority within the industry by having their articles published on relevant and popular websites. Having a well-written, exciting, and informative article published can be a step-up for the competition. This is where developing relationships and having PR experience comes in. Public relations, by definition, is a process that builds mutually beneficial relationships between organizations and their publics. Having a PR agency like Pressfarm to help you through this process takes the stress away from creating content, finding appropriate matches, and continuously monitoring the cryptocurrency market and the communication process that promotes the business.

ICO listings are also an excellent way for cryptocurrency startups to get credibility and visibility for their project. Top-tier ICO sites can be expensive, but they should definitely be factored into any marketing budget. However, since startups generally have a low budget, getting professionals’ help may seem like an unnecessary expense, but it will help in the long run because they know what they are doing.

Optimization of SEO and social media marketing plays a massive role in cryptocurrency and ICOs because everything is done digitally. Through social media marketing, a startup can start developing trust within the community, which should be considered a priority. The difference between failure and success of an ICO is how a company communicates with its target audience. SEO has been an overlooked part of an ICO marketing strategy, but it should be the bedrock for all. As ICO advertising’s regulations are becoming stricter, a well thought out and professional SEO strategy is critical because it can ensure a cost-effective long-term source of targeted and interested traffic; it involves Online Reputation Management (ORM), which allows that attacks from the competition are minimized, and it shows potential investors that the company is there for the long-haul.