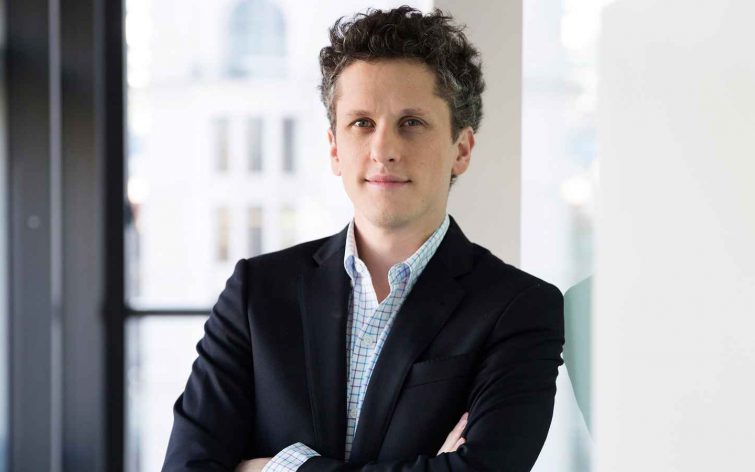 Aaron Levie may be one of the lesser-known entrepreneurs who hit the big time in recent years but the truth is, Box and Dropbox are far from “lesser-known.” In fact, they are already incredibly successful.

As with many of today’s entrepreneurs, Levie was a college dropout and started Box on a shoestring budget. However, together with his next-door neighbour, the entrepreneur transformed a simple project into a major storage company, competing with the likes of Amazon, Microsoft and other large companies.

In fact, the company went public a few years ago and has a current market cap exceeding $3 billion.

Let’s take a look at five rules for startups and entrepreneurs from Aaron Levie:

As already mentioned, Box tends to cater to larger clients while Dropbox is for everyone in between. More specifically, Adidas and Expedia are just two of the larger companies on their books.

However, Aaron says that the most successful strategy that they used has been their approach to small and medium-sized companies. After all, these account for most of their customers. With this in mind, Levie says that startups and entrepreneurs should never forget to think about the smaller customers and avoid getting caught up in becoming a major company before they take the appropriate steps.

Takeaway – Small and medium-sized businesses are often a better target market for startups and entrepreneurs.

2. Hire the Right People to Get the Company Humming

Eric Levie is no stranger to late nights. In fact, when Box was first started, he was known to sleep on yoga mats at the office. However, Levie knows that in order to nurture the same drive in employees, the company must be culture-centric.

That is to say, they need to hire the right people and create a sense of community that can nurture the best possible product. Without both these key aspects, Eric is certain that a startup or entrepreneur is destined to be average at best.

If you take a look behind the scenes at Box, you will see that the endearing charm of “the funniest CEO in tech” is evident in the general happiness and sense of pride in the company culture.

Takeaway – Hire the right people and know that company culture is often the differentiator for a startup.

3. Startups Should Recognize the Most Valuable Opportunities

As you know, every business or product should solve a problem or at least aid a task of some kind. However, according to Levie, it’s just as important for startups and entrepreneurs to watch current trends and know that future opportunities are inevitable.

That is to say, every product or business is created on assumptions that eventually become irrelevant or outdated. If startups can recognize when these assumptions are no longer relevant, they can identify and take advantage of opportunities.

In order to make inroads into any market or even to stay relevant with an existing product, Levie says that startups need to be aware of trends and take advantage when any openings appear.

Takeaway – Watch and follow trends closely. Even as an established business, this is crucial to stay relevant in any market.

When it comes to the start of business, Levie is very clear that the one and only focus should be to create the product and get it out there. As for scaling, hiring, sales and marketing, all these things come later and should be largely ignored until the product is 100% right.

In fact, Levie says that this was one thing that separated Box from other businesses at the time – they focused on the product and put off everything else that was likely to come afterwards. He also goes on to say that the company should be focused at all times on creating the best of everything, from products and customer service to workplace environments and company culture.

Takeaway – Build the product and get it out there. Worry about scaling, hiring and even market feedback later on.

Levie is always quick to cite the early beginnings of Box as the foundation for both past and current success. In other words, he says that every company should remember the key reasons or factors that made them successful in the first place. What’s more, it should be a priority to replicate these factors as the startup grows. Continue to use the same principles long after these early beginnings.

Aaron is a lot more specific in terms of this effort or aim and says that the same factors should be considered any time the company is creating a new product or entering a new market or changing any aspect of what the company or product does.

Takeaway – Always remember what made the company successful and deploy the same strategies with every concept, product or market.

6. Avoid Walking through One-way Doors in the Midst of Uncertainty

At a time when the world has almost ground to a standstill. Companies are constantly adjusting to the changes COVID-19 is brining with it every day. Levie warns against making major business decisions which are hard to reverse.

When COVID first struck in March 2020, Levie transitioned his workers to working from home. With the expectation that they would be back to the office in two weeks. He has now accepted the fact that they will have to keep working from home for the near future. However, he wouldn’t declare that his staff will work from home forever either.

“You only want to go through [one-way doors] when you have a high degree of certainty. I’ve certainly been trying to avoid as many one-way doors as possible. Because … we just don’t know what’s going to happen next.” ~ Aaron Levie

7. Invest in Cloud Computing for your Company in 2021

With more people working from home than ever before, 2021 is the year to invest in cloud infrastructure for your company. Since most companies are operating virtually now, there is growing demand for cloud services. A robust system will help you to be more competitive in the business climate we have found ourselves in.

“What will happen as we move from being on video conferences and some people moving back to offices and working in a much more distributed environment, is you’re going to care much more about managing the information that will be created and turning it into [something of value].” ~ Aaron Levie

8. Aim to be the Best in More than one Area

According to Aaron Levie, companies who perfect their engineering or offer top-notch software coupled with substandard customer service are selling themselves short. It’s possible to be the best at both. In fact, startups which strive to perfect all aspects of their business are the ones which thrive in the long term.

In order to score 10/10 in your designs, your software, and your customer service. You need to hire the best talent in each of these fields.

“To be world class in each of those areas, you want actual leaders in that come with that kind of background and domain expertise and experience. We wouldn’t get our engineering leader from some on-premise software five-year build cycle organization because that’s not the engineering organization we’re going to build. We wouldn’t get our customer support leader from Oracle because they’re not known for their customer support. There are ways that you can be best in class in a lot of these areas.” ~ Aaron Levie

Some Final Advice from Aaron Lvie for Startups and Entrepreneurs

Success is often an elusive goal that can seem next to impossible. It takes strategy, perseverance and passion to transform a startup from an idea into an actual product and, eventually, a successful company.

But in the words of Aaron Levie, startups and entrepreneurs should “Take risks. Fail fast.” – a testament to the fact that known mistakes can be corrected. Getting started with the wrong idea is better than thinking about a good one that nobody will ever hear about.