Bitcoin PR | Basic Guide and Definitions to Know in 2022 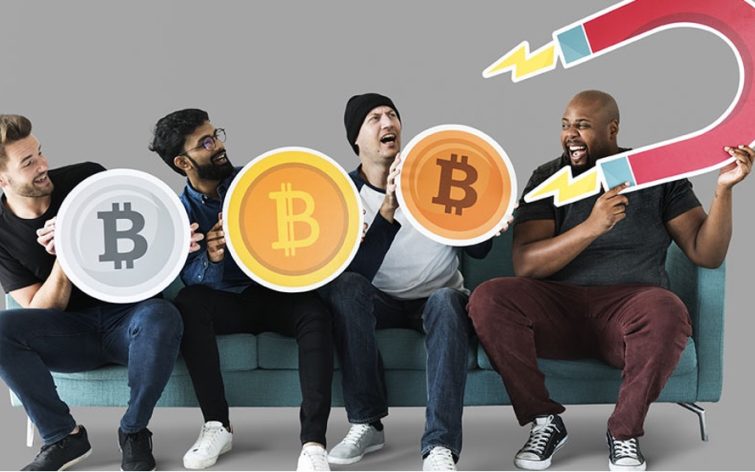 Although the number of individuals interested in blockchain and cryptocurrencies is increasing, the vast majority of people are still entirely unaware of these concepts. In its simplest terms, cryptocurrency is a kind of electronic cash that flows through the internet.

If you are unfamiliar with the concept of cryptocurrencies, think of them as digital forms of money driven by the blockchain. Although the number of individuals interested in blockchain and cryptocurrencies is increasing, most people are still entirely unaware of these concepts. The shortage of educational material in the space leaves fresh crypto enthusiasts in a position where they have to educate themselves or risk making uninformed investments and losing money.

While the cryptocurrency space might seem daunting, learning how it works is actually easier than it looks. Getting a degree in accounting or law takes time but, with the right resources, learning how blockchain works is much easier. As a public relations firm that specializes in helping blockchain projects generate publicity, we’re here to help you learn more about the space.

It is all too easy for a beginner to confuse Bitcoin with the underlying blockchain technology that powers it. This might be because the two terms are often used interchangeably in news stories and phrases. To make things very clear, let us define each one separately.

Bitcoin works as a kind of electronic money. A digital currency is a decentralized currency that is not backed by fiat money, gold, or anything other than the internet (or a cryptocurrency). The laws of supply and demand function in the blockchain space just as they would in any other industry. As more people buy Bitcoin, its value increases. The market on which a cryptocurrency coin is exchanged also determines its worth. Given its decentralized nature, Bitcoin is quickly becoming the ideal method of transacting for the contemporary world.

Bitcoin, the world’s first cryptocurrency, was established in 2009 by an anonymous person who identified themselves using a pseudonym, Satoshi Nakamoto. As a result, we now have personal access to digital cash. So how exactly does Bitcoin operate?

Simply put, a blockchain is a decentralized digital ledger comprised of a series of linked encrypted documents maintained by a central authority (blocks). Each transaction that is carried out on a blockchain is recorded, along with the date of the transaction and the people involved. Each block contains the cryptographic algorithm used in the previous block (hash). A blockchain functions as a public database that anyone can view. This allows anyone to validate new transactions and ensure that the buyer is the rightful owner of the monies they are spending.

Many people believe that the coins and tokens used in bitcoin are interchangeable, and it is difficult to blame them for getting mixed up in the process. On the contrary, different cryptocurrencies and different tokens have different applications so you can’t just trade one for the other. For example, if you need Ethereum for a transaction and you only have Bitcoin, you would first need to convert your Bitcoin into Ethereum at a reputable crypto exchange.

Cryptocurrencies, just like fiat currencies, have gone through many transformations throughout time. People have traded seashells, animals, and even Parmigiano-Reggiano cheese for one other throughout history. In fact, the use of paper banknotes and folding money dates back to The Tang Dynasty in Chinese history.

All of us employ traditional banking. Banks are a reasonable place for us to put our hard-earned money since governments regulate them and they are conveniently accessible. However, centralized financial corporations have gotten a reputation for corruption and abuse of trust that is now pushing people into the decentralized blockchain industry. While individuals were the first to begin jumping ship, established institutions and companies are also joining the move from the centralized banking sphere to the decentralized blockchain sphere. If you’d like to have more control of your money, then it is a smart idea to invest in a bitcoin fund.

When working with a blockchain public relations firm, you will encounter two forms of cryptocurrencies: coins and tokens. Tokens are a sort of cryptocurrency, while coins are a type of token.

First, it is critical to understand that, although coins are often referred to as cryptocurrencies, they are not necessarily used as money or a method of trade in the conventional sense. A skilled public relations professional should also understand the distinctions between cryptocurrencies if you want them to help you to build a successful public relations campaign.

A cryptocurrency may be used to accumulate wealth since it is a digital form of value storage that can accumulate wealth over time. Since Bitcoin was first developed, other crypto developers have launched alternatives to Bitcoin, also known as alternative cryptocurrencies or altcoins. Coins have many characteristics that are comparable to those of money. Coins, for example, may be used as a form of payment. They are also acceptable, transportable, and have limited supply. Since coins perform the same functions as fiat money, most people believe that fiat money will eventually be phased out and replaced with coins.

Standard cryptocurrency coins have three distinct characteristics: (1) coins are connected to a public open-source blockchain; (2) coins may be sent, received, or mined; and (3) coins serve as cash.

Tokens are often developed as a mode of payment within the ecosystem of a specific crypto project. While they exist on their own blockchains and perform functions similar to coins, a token qualifies the owner to become a network member, but owning a coin does not. As opposed to coins, tokens are a sort of digital asset that provides access to certain project features in exchange for your investment in the project.

What is the difference between an ICO, an initial exchange offering (IEO), and a security token offering (STO)?

In order to effectively build awareness for your blockchain, you must first understand the distinctions between an ICO, an IEO, and an STO.

Initial coin offerings (ICOs) were originally the most popular method used to raise funds for a cryptocurrency project. An ICO is a presale that is open to cryptocurrency investors who can buy tokens from the project hosting the ICO. ICOs often function as a type of crowdfunding for crypto developers who need more funds to complete their projects. Countless blockchain entrepreneurs have been able to generate cash quickly and develop their enterprises using this method. The key to success with this strategy is promoting your ICO beforehand.

During the 2018 Bitcoin crisis, caused by a lack of consumer confidence and government antagonism, crypto developers were forced to scramble to find a new source of money. And thus, the IEO cryptocurrency frenzy and was born.

Initial Exchange Offerings (IEOs), are pretty similar to ICOs, except that IEOs are run through a cryptocurrency exchange that acts like an intermediary. This made IEOs the perfect solution at a time when people were still wary of investing in cryptocurrencies. The crypto developer doing the fundraising would normally use a cryptocurrency exchange to deliver tokens to their customers. Since each crypto project must adhere to the rules and regulations of the exchange hosting it, investors can be confident that their cash will be safe. When IEOs first emerged in the crypto space, they gained popularity almost immediately since they helped calm people’s fears about the unregulated crypto industry. In fact, just a month later, IEOs had collectively generated more than $80 million in sales.

Firms that engage in IEOs are already publicly traded, unlike those that participate in ICOs. While this is beneficial to token buyers, being publicly traded means that you have more work to do if you want to earn public trust. As a result, IEO PR must begin with a more considerable degree of aggression.

Since IEOs have become popular alternatives to ICOs, hosting an IEO might attract more investors to your project. Nevertheless, it’s important to educate your target audience on the benefits of an IEO when you announce it. This will help convince crypto newbies of your credibility and get them on board.

On the other hand, security token offerings (STOs) are based on the idea that tokens are intrinsically securities. Tokens sold and bought during an STO can then be used to trade real financial assets, such as equities. STOs gave venture capitalists a new way to promote the concept of asset tokenization while simultaneously increasing liquidity in the notoriously illiquid venture capital market.

What function can public relations agency can play in helping you build the reputation of your blockchain enterprise?

Pressfarm is a PR agency that has experience working with startups in the blockchain industry to create newsworthy content and distribute this content to media professionals and influencers within the industry. Armed with a team of PR specialists, expert writers and certified designers, Pressfarm can create everything from email pitches and press releases to guest posts and media kits to help you gain the media coverage you desire. Beyond that, they will also handle the distribution, and monitoring of the content while also working closely with you to make sure that your unique knowledge and passion for the industry is not forgotten along the way.

By submitting your content to the right media outlets, professional networks and startup directories, Pressfarm can boost your online presence. This distribution strategy is designed to help you stand out in relevant search results across different search engines including Google, Yahoo and Bing!

Finally, as a Pressfarm client, you get custom media lists built personally by an account executive who curates these lists with the best media contacts in your niche. Additionally, you get access to a media database of 1 million+ journalists, bloggers and influencers. With these contacts, you can continue to do extended media outreach for your crypto project for up to a year.

Even when you’re partnering with a PR agency, the most important thing you can do to boost the publicity of your blockchain product is to remain well-versed in the blockchain sector. Once your target audience starts to trust you as a credible source of valuable information, then they are more likely to buy into your project.

This year has been a record-breaking year in the blockchain space, and developers who are using PR to promote their projects are reaping most of the benefits. Engaging public relations strategies for your blockchain product has the potential to improve your company’s image significantly. While this market was initially referred to as the “wild west,” organizations are now getting a handle on what it takes to create public impact. As other blockchain-based organizations rush to capitalize on this new financial phenomenon, make sure you are not left behind.