Drawing from the initial idea of electric motorcycles, Roshan Thomas wanted to build something more cost-effective and easier to use. As an avid DIY’er and motorcyclist, he was impressed by how well electric bikes worked and decided to build his own electric bike. After creating and using his bike, he noticed that he was getting a lot of attention riding it around town, and it became very clear that there was a demand for electric bikes.

Fat bikes seemed to make sense for Roshan with their rugged yet swift big beefy tires because of all the snow that they were getting half the year in his hometown of Saskatoon, Saskatchewan. Thus, a company that started out in the founder’s garage has now sold more than 15000 bikes all over the world, including Iceland, Finland, Sweden, Switzerland, the UK, France, Israel, Jordan, Dubai, the United States, and Canada.

They initially launched their Kickstarter campaign for the Juggernaut, one of the only 750W mid-drive eBikes on the market in 2014. Given that this campaign was so successful, they were able to expand from a one-person conversion kit operation into a thriving online direct-to-consumer premium electric bike company. Their current crowdfunding campaign was created to bring the latest and greatest technology to their customers, with their Juggernaut series of bikes being in their 9th generation and the Stunner being in its 7th. 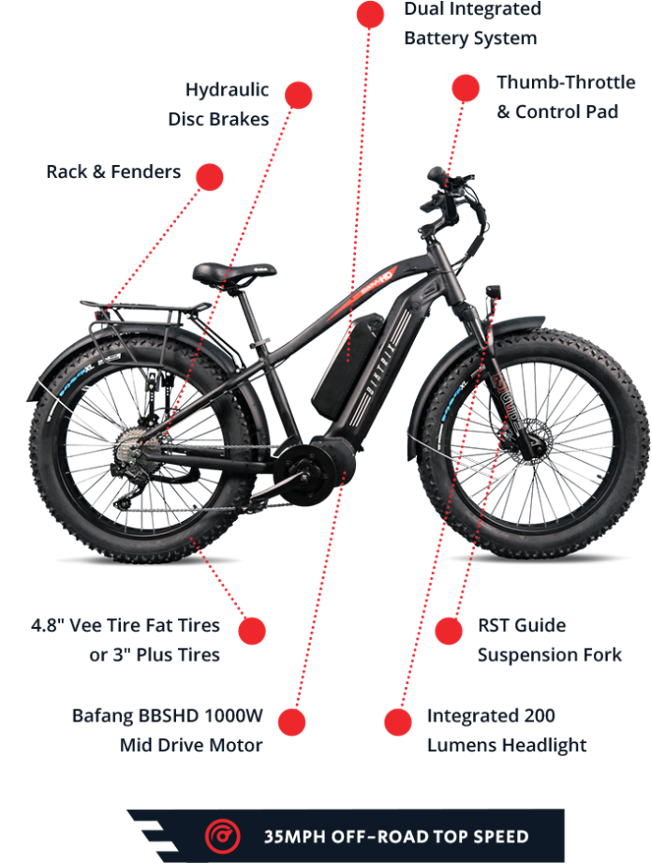 Even with their enormous success, Biktrix does not plan to bank on that success. Moreover, while they continue to use their e-commerce website to sell their products all over the world, they also plan to work with retailers to try and get demo bikes into the stores. The Biktrix team is very aware that many big bike manufacturers are jumping on the electric bike bandwagon. However, they believe that because the company is more nimble and still operates on a smaller scale, they can change designs quickly and offer their customers the latest in technology and design.

Presently, Biktrix has three collections of electronic bikes, with their fourth available for pre-sale with delivery in late November. As mentioned before, they have the Juggernaut series, which is in its 9th generation; the Stunner series, which is in its 7th; and they have the additional Swift series. The Juggernaut series consists of the fastest, most rugged electric bikes in the Biktrix collection. Its all-terrain fat tire eBikes have powerful motors with more than enough torque for people who are climbing the steepest hills. The Stunner series bikes are comfort cruiser electric bikes that offer the rider a relaxed and reliable ride.

Riders are able to get all the physical benefits of powering the bike on their own while also knowing that the pedal assist is there if they need it. These bikes are suitable for riders of all ages. The Swift series eBikes are for convenient daily travel and offer the perfect balance between comfort and control. They provide pure comfort combined with impeccable acceleration providing the best way to get around the city. Finally, their Kutty series consists of folding electric bikes that are perfect for people who lack storage space. These are the perfect bikes for riders who need to carry their bikes around more. The folding eBikes are lightweight, safe, rugged, and durable. They are also easy to fold and easy to ride.

Ultimately, Roshan Thomas and his team of 35 Biktrix employees want to create a more accessible product for casual commuters and bike enthusiasts. This formidable team will continue to improve and customize their products to fit users’ needs.