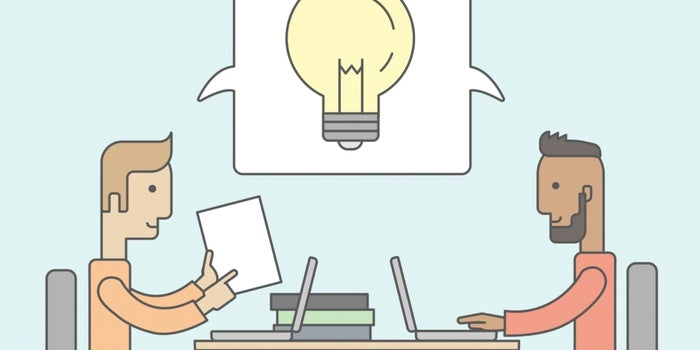 The end goal of any public relations strategy can obtain media attention for a company. However, creating and fostering relationships with media members is one of the essential parts of reaching that goal. Regardless of the business’s size, PR is imperative to get the word out there about things happening within it and its product/services. It may not be for smaller businesses to obtain media attention compared to larger companies that have already existed in the industry for quite a time.

How to build a relationship with journalists

During the PR process, companies and journalists should regularly interact because they work in the same industry. By building and maintaining a healthy relationship, companies can gain the necessary media coverage they need. Companies can either begin developing the connection themselves because they can play a vital role in providing journalists with complete information like key sources, statistics, and graphics.

While there are various methods to start a media relationship, some companies cannot get media coverage because they blindly pitch a story without proper research instead of making an effort to build relationships.

Any relationship with a journalist usually starts with a pitch. The pitch needs to be tailored to the target journalist’s interest for a message to get picked up. At the same time, it is essential to spend time trying to create the perfect pitch that highlights the intended message and is also done creatively and presents the pitch’s potential impact.

Before sending out the initial media pitch, companies need first to figure out what kind of audience they are interested in reaching. Creating marketing personas can help companies identify influencers and relevant media to pitch to and begin developing the relationship. It is better to have a list with highly focused targets to have a more personal connection and community more effectively with the journalists and media outlets on the shortlist.

Creating a media list clearly and concisely can be time-consuming and stressful, which is why PR agencies like Pressfarm use their expertise to provide companies with a PR database with over 75,000+ journalists and media outlets so that they can filter through to find their perfect media match. Pressfarm will even work with companies to create a concise media list to begin their media outreach efforts as soon as possible.

2) Know everything there is to know

Once the list has been created, it is time to start connecting with journalists and media outlets. Companies have a higher chance of obtaining media coverage when they understand the journalists before pitching a story. Going into the conversation knowing their story, their philosophy, and what they are interested in gives a company a leg up when trying to connect. They can go about it by finding past content they may have created or even ask about the journalist’s plans. While they are most likely not going to reveal all their secrets, they will have some ideas and probably like to get some opinion, advice, or ideas from a third party.

This ties into the previous point, rather than just following them on social media and only replying to their posts every once in a while. Companies should spend time reading their articles to understand their writing style and content. Another way to have a great relationship with a journalist is to make their job easier. If a company has resources that will help the journalist write their story better, they should offer their connections and resources.

Much like every other type of relationship, a media relationship is built on trust and mutual respect. Companies need to be completely upfront and honest with journalists from the beginning so that neither will get blindsided if something were to happen. A journalist’s job is to help get the word out there about topics, but they are also very good at research. Being genuine is the best tip because one way or another, a journalist and media outlet will get all the information they need.

Having a pitch and press release that is riddled with grammatical errors and needs constant editing is something that turns off journalists. They barely have enough time as it is; they will not appreciate having to waste their time reading a pitch that has many mistakes.

6) Understand that journalists are doing the favor

Journalists know that they have the power to make or break a company’s media coverage. To an extent, that is entirely accurate, and they are most likely to move on to another source and story if they feel like they are getting taken advantage of or their time is being wasted. While that may seem a bit narcissistic, that is just the nature of their job. They are getting hundreds of emails daily, and they need to sift through everything to find the right story from their publications and target audience.

Companies should respect their time just like they would with a prospective client. There is most likely a deadline that the journalist needs to follow, so wasting their time by continually calling and emailing will only annoy them.

In addition to sending a pitch at the best time, sending out a follow-up email is an important step. Just remember that there is a fine line between being persistent and being annoying. Sending out too many or emails that aren’t relevant will cause journalists to either ignore or move the email to spam, making media efforts for a company ultimately unsuccessful.

However, it is essential not to be discouraged if a story does not get picked up. It could be a result of many different things, it is possible that the timing just wasn’t right for the story, or the media pitch was sent to a journalist that isn’t interested in writing the story. All companies need to know is that it happens; not all companies can achieve media coverage from the get-go.

If that is the case, all they need to do is go back to the drawing board and figure out another story angle that might interest the journalist a bit more. Also, it is not smart to put all their eggs in one basket. If one journalist decides to pass on a story, it does not mean that another will. Companies can send their pitch to other journalists and media outlets in their industry. If they get stumped on creating a new pitch that will receive media coverage, they can hire PR professionals like Pressfarm to help with all their PR needs.

The start of a media relationship can be stressful, but maintaining it is even more critical once it has been created. A long term media relationship is the most valuable because a company can earn the trust of journalists and media outlets over a period, which means that they will pay attention to what the company has to say.

Most tips to maintain a relationship are very similar to the beginning phase of attempting to start a relationship. Other things that could be key are:

A company would probably still have its media list from the beginning of its media outreach strategy, but media contacts are always changing. For this reason, companies need to stay updated on whether reporters have been shifted to new assignments, moved on to new jobs, and more.

2) Be available when needed

A good relationship is one that works both ways. While a company needs a journalist to get the word out there about their announcement, journalists may also require the company for another story, for some advice regarding the story angle. If a relationship between a company and a journalist is at this point, it is excellent for both because it means that there is an adequate level of trust between the company and media.

3) Know about the news

For a company to succeed, it needs to have a stable relationship with the media and know what is going on around them in their industry. By knowing what is going on in the news, a company establishes itself as an authority in the field. They can use their research to form story angles that are different from the competition.

Without a stable relationship with the media can truly hurt a company because they cannot get media coverage. It does not matter how great a company is and its mission to get across if no one knows about them. Companies can start developing relationships with the media. Still, if they need some help, they can always turn to PR professionals like Pressfarm to help them with everything they need when it comes to public relations.