When Is the Best Day and Time to Send a Press Release in 2022? 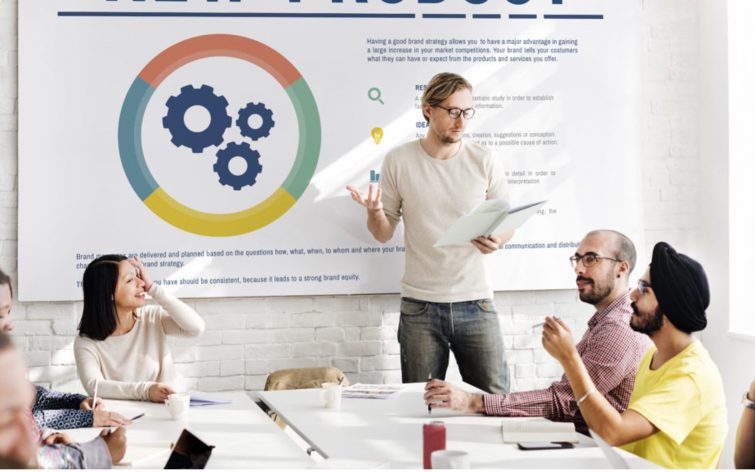 When is the most appropriate moment to publish a press release?

In addition to making sure you have the press release. That creates a positive brand image and puts you in front of your target audience when they’re paying attention. We can also help you create other content to attract attention. Our team of PR specialists, expert writers, and certified designers is skilled at creating quality email pitches, guest posts, feature articles, and media kits. All of this is content that will excite your target audience and help you win new clients over.

As a Pressfarm client, you also get custom media lists to help you connect with the best media professionals in your niche. Additionally, you can access our comprehensive media database of over 1 million journalists, bloggers, and influencers for up to a year at no additional cost. With these media contacts, you can continue doing media outreach for your brand long after we’ve wrapped your PR campaign at Pressfarm up.

You might have the most exciting news for your target audience. Even so, if you make the mistake of sending it out at the wrong time, you’ll get nothing but crickets. Remember, the more people who see and read your press release email, the more likely it is to be published. For this reason, it’s very important to consider all the factors and work out the best time to hit ‘send.’

About 18% of marketing emails get opened. What if you want to increase the number of people who get your pitch email? Before we even get to how to arrive at the best timing for your press release, there are a few things you need to do to optimize your press release strategy.

Make a detailed list of all of your sources

Once you’ve come up with a newsworthy and exciting story angle, it’s time to decide who you will send it to. Begin by compiling a list of media contacts in your niche, including their names and contact information.

In order to do so, you should create a table in your spreadsheet with columns for the name of the media outlet. You should identify the press contacts and make sure. You also have their contact information (such as a phone number and an email address). If you don’t have the time or resources to compile a media list, consider using a reliable press release distribution service that can send your release to thousands of journalists on your behalf.

Begin your media list using the two strategies listed below:

Begin by creating a list of well-known local media outlets. If that doesn’t work, try LinkedIn or contact the outlet to find out who you should send your press release. It pays to make sure you’re sending your press release to someone who actually has a say in what gets published.

Do you have trouble finding people’s email addresses? Not every media personality will publish their contact details for the public to peruse. For this reason, it makes sense to pay a little more to use a professional media database or an email finder tool. These can both help you to discover the email addresses of journalists and press contacts whom you believe would be most interested in your material.

When is the most appropriate moment to issue a press release?

Most people default to sending their press releases on Monday since this is when everyone feels revitalized and energized after the weekend. Think about the flood of emails that you have to wade through on a Monday morning and you’ll realize why this won’t work. Just like you, journalists are bombarded by a deluge of emails from the weekend on Mondays. Just like you, they only pay attention to the most important emails. For this reason, sending the press release email on Monday is a terrible idea. Unless it’s something that the journalist was already expecting or your press release is about a topic that they’re heavily invested in, you’re unlikely to capture their attention on a Monday.

If you send emails on a Wednesday or Friday, the vast majority of them will be lost in the inboxes of journalists. I don’t think we need to spend a lot of time explaining. Why sending the press release over the weekend is a waste of time, do you?

So, what is the best day of the week to issue the press release?

By now you already know that we’re about to recommend you send your press releases out on Thursday. That’s right – our data consistently shows that Thursday is the most popular day for press release open rates.

The best explanation for this finding is that this is the day when journalists have completed all the activities on their to-do lists. So they have free time to really pay attention to what’s in their inboxes before the end of the week. Waiting until Friday to send your press release out might be a mistake because this is a hectic day for most people. Media professionals are no different – they’re normally just struggling to get headline news items out there before they leave for the weekend. So unless your announcement is about a headline event. That will affect a wide range of people dramatically, don’t send your press release out on a Friday. Any low-priority tasks are postponed until Monday due to everyone’s excitement for the weekend. Most press releases will rank on the low-priority list for a media professional or media outlet.

What time should you send your press release out?

Press releases should send between 10:00 am and 2:00 pm when editors receive about one-third of all emails. The open rate drops by 20% between 6 and 10 am, making early mornings less successful. If you really want to send your press release early in the morning, you shouldn’t do it at least until 8 or 9 am. Avoid sending messages between 2 and 6 pm, when only 26% of them are read. Avoid releasing press releases after 6 pm unless you have a compelling reason to do so.

You will have a major edge over your competitors if you avoid sending your press releases out exactly on the hour, or on the half-hour. Most people send their emails out on the hour, especially if these emails have been scheduled in advance. The last thing you want is for your email to go unnoticed because you sent it at peak time. For example, you should avoid sending important emails at 10:00 am, or even 10:30 am. Rather, send your press releases out at 10:21 am, or 10:47 am to avoid getting overshadowed by your rivals. Finally, remember that some of the people in your audience may be in a different time zone than you, and make any adjustments as needed.

Submitting your press release at exactly the right moment can make the difference between a successful announcement and one that goes unnoticed by all the people on your media list.

As you plan your press release calendar, keep the following things in mind. According to our research, the following is the best advice we can give:

Avoid sending any media outreach emails on Wednesdays, Fridays, and weekends if at all possible. These are the most difficult days to get the attention of editors. If possible, avoid sending content out in the late afternoons and early mornings (2–6 pm).

While these are the recommended times to send your press release for maximum coverage, remember that the best time to send your press release can also vary depending on your location and your industry. It’s important to take into account the culture of the people you’re emailing and adjust this strategy where needed. By applying the same logic we’ve used above to each audience you’re reaching out to, you can settle on the best time to send each new press release out.