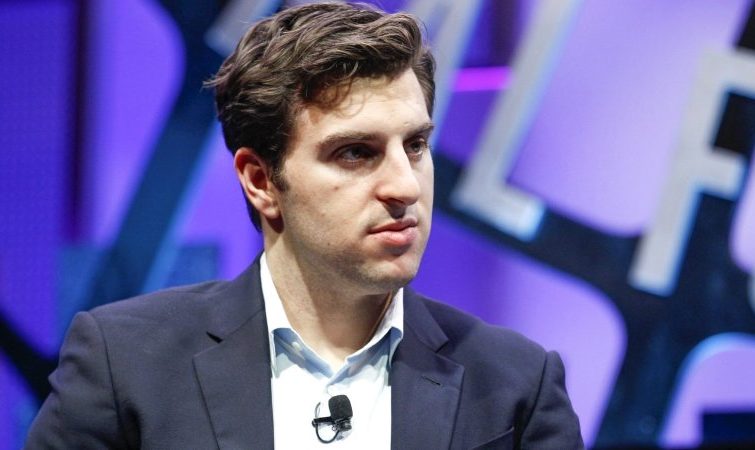 You might have recognized the name Brian Chesky from the Forbes list of billionaires but the co-founder of Airbnb keeps a surprisingly low profile. That’s not to say Chesky is not successful and knowledgeable in the business world but rather that he tends to speak a lot more humbly than most billionaires in a similar situation.

Having co-founded Airbnb back in 2008, Chesky was part of a team that rolled out the peer to peer home and room rental website to more than 80,000 cities around the world. As of 2021, Airbnb is now available in 221 countries worldwide and has more than 150 million registered users.

What does this mean for you?

Well, as far as advice goes for startups and entrepreneurs, Airbnb’s Brian Chesky is one of the best places to start. With that said, here are six of Chesky’s rules for success in 2019:

1. Start Small and Go Easy on the Marketing Budget

When Brian Chesky and Joe Gebbia first started out, the Airbnb CEO said that they managed to keep things rolling by staying frugal and subsidizing costs for marketing. One way of doing this was to go out and take as many photographs of properties as they could and keep doing so until it was “painful”. When this got a little too much, Chesky said that they hired part-time photographers and manage their workload using spreadsheets. Then, when this became unsustainable, they decided to hire their first intern.

Airbnb needed both buyers and sellers to make the platform work. For these reasons, Chesky went out on the street and started doing PR from one door to the next in order to get people signed up.

Needless to say, they worked hard to keep marketing costs to a minimum and only increased their budget when it was absolutely necessary. When asked about his advice for startups, Chesky pointed out that it all starts and ends with small yet consistent steps.

Takeaway – Avoid unnecessary expenses as much as possible in the beginning and subsidize these expenses with hard work.

2. Test the Product or Service Personally before Marketing

As with many of the most successful entrepreneurs, Chesky emphasizes the importance of personally testing your product or service. After all, if you don’t like it, how can you expect anyone else to like it when you start the marketing campaign? It’s very sound advice according to the CEO, for too many marketing campaigns fail and the reason for this failure is often due to lack of testing the product or service.

In fact, Chesky tells a story about the beginning of Airbnb when he and Joe purchased an air mattress for their apartment. Although this was far from ideal, it was still a means of getting the job done. As you can see, Chesky is a man who gives advice based on personal experience and most often, this is highly practical advice which usually screams something along the lines of “just do it”.

At the same time, there is caution in his words and Chesky is clearly urging startups and entrepreneurs to perform their due diligence before putting any money into marketing what they do.

Takeaway – Personally test the product or service to make sure it’s up to scratch.

3. Role Models Can Define the Path to Success

Sam Altman is the president of Y Combinator and a serial entrepreneur with an impressive investment track record. Altman was one of Brian Chesky’s role models, so he had a very significant influence on his perseverance with Airbnb. Although Chesky never got to meet Altman at the time. He continued to follow his work online and found inspiration at every turn.

For this reason, Chesky says that having a role model is crucial for thinking big. According to Chesky, if entrepreneurs can emulate their role models, then they’re more likely to be successful.

Takeaway – If you can define your role model. You can also define how far you are willing to strive for your goals.

4. Use a Small Community for Better Feedback

Speaking recently at a New York University, the Airbnb CEO said that one of the best pieces of advice he ever received was that it’s better to have a handful of people who love what you do than millions who simply know what you do. If 100 people love your company, then they will usually tell another ten people who might tell another ten.

What’s more, Chesky also said it’s easier to get accurate feedback from a small group. Customer feedback is more valuable, as well as less time-consuming when you’re interacting with a smaller number of people

Takeaway – Focus on creating a small community of loyal followers.

5. Identify a Problem Before Coming Up with a Solution

Chesky said that Airbnb was hugely successful because it solved a clear problem in the rental industry. As if that’s not enough, it provided extra income for people who had properties that were doing little more than sitting idle.

With this in mind, he says that startups and entrepreneurs should always make sure that they have a solution for a specific problem. That is to say, it’s a bad idea to think up a product or service and then go about trying to find a problem to which this solution can be applied. It’s simple advice but often echoed by other entrepreneurs including the founder of Tesla, Elon Musk.

Takeaway – Always make sure that the product or service solves a clear problem.

6. Remain optimistic in times of crisis

As with many other businesses in the hospitality industry, COVID-19 has hit Airbnb hard. In fact, in 2020, bookings dropped by over 70%. Chesky believes the psychology of an entrepreneur often becomes the psychology of the organization. For this reason, despite dealing with these crippling losses and having to let go of 25% of his employees, Chesky remained optimistic in the face of uncertainty.

“The trick is to be optimistic. The optimism has to be rooted in facts that you can present as a case to people, to tell. Them, ‘I’m optimistic because here’s where we’re going, and here’s how we’re going to get there’.” ~ Brian Chesky

When he realized he had to lay off 25% of his workforce, Chesky decided to add them to a talent registry. Where potential employers could find their details and contact them. He focused on motivating his team as much as he could. Beyond just remaining positive, he also communicated more than usual. This helped him reduce the added anxiety Airbnb’s employees would’ve felt from not knowing. He would have longer staff meetings and answer more questions than usual, just so his staff could feel a sense of peace from knowing what was going on.

“If you think you’re screwed, then you probably are. But if you instead believe that this crisis could be your defining moment, then you’re going to see it as an opportunity. And in fact, Airbnb was born in a crisis where my roommate and I couldn’t afford to pay rent, but we saw it as an opportunity.” ~ Brian Chesky

7. Psychology of the Organization

Chesky’s positive attitude helped him create Airbnb Experiences – featuring virtual social experiences such as tours and classes. People could enjoy these experiences from the comfort of their couches all over the world. With Airbnb Experiences, he managed to help the company stay afloat during one of the worst crises the world has seen.

Whether he hides from the limelight more than other serial entrepreneurs or not, Brian Chesky has certainly proven his worthiness of success through endless graft and perseverance. Indeed, startups and entrepreneurs could do far worse than take advice from the humble CEO of Airbnb.

Are you part of a formidable startup that the world needs to know about? Just imagine how amazing it would be to let someone else worry about generating publicity for your startup while you focus on perfecting your product. With a team of professionals who have experience working with brands from different industries, Pressfarm can do that for you! Pressfarm provides personalized public relations services that will help you tell a memorable brand story, capture media attention and inspire your target audience.

We have experience writing press releases that will win journalists over and feature articles that will excite your target audience. We’re also skilled at designing media kits that showcase the unique personality of each brand. On top of taking care of your content creation, we’re committed to helping you find the perfect journalists to cover your story. For this reason, we give all our clients access to our media database of over 1 million journalists across different niches. With this database, you can forget about having to comb the Internet for journalists every time you have a story to pitch.

Check out our packages and let us help you tell a brand story that moves your target audience and inspires action.