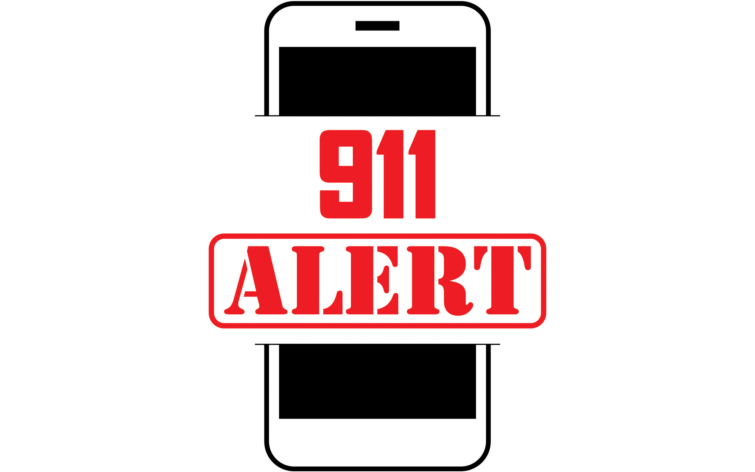 In our startup story this week we feature 911 Alert, an app that sends a text message to up-to ten emergency contacts when 911 is called from a cell phone. Founded by Steven VanDyke, the app integrates a chat feature that allows communication to happen between the caller’s emergency contacts even when waiting on the line for 911 to respond.

There were two occurrences in Steven’s family that pushed him to want to develop the 911 Alert app. The first was on July 8, 2018 when his 41-year-old sister had a massive stroke in Orlando at the beginning of a week-long vacation.

“My sister had no medical issues and the doctors have said it was something that just happened. The blessing that the stroke happened right in front of my mother so getting her life saving medical attention was easy. Something that I recognize as not a normal occurrence.”

“In my thoughts about the stroke my mind goes back to the Sunday before (July 1, 2018) as we ate dinner as a family and afterwards went our separate ways.”

What has played in Steven’s mind numerous times before deciding to build this app is what if the stroke had happened at her home? How would the family have known if she called 911? If she did not go home after dinner and had to call 911, how would they have known where she was?

“With the 911 Alert app, notification is the key for family and loved ones,” says Steven.

“A second family occurrence was on my wife’s side of the family. One of her cousins was having chest pains in Alabama and called 911. Either enroute to the hospital or shortly after arriving, she passed away. Since no one had taken any identification when she left, my wife’s cousin laid in the morgue for over a week as a “Jane Doe” before someone thought to go back to the place that they picked her up from (her home) where they retrieved her identification and then had them come to the hospital to identify her body.”

A lot of times when entrepreneurs build products they do so because they are putting forward a solution for a problem that they have faced. It was an easy decision to move into doing this app because the founder must have imagined how many more people needed a solution like this but did not have it.

As merry as an idea might sound, it is almost always never a new one. And neither is the 911 Alert app.

Steven remarks, “There are a few other apps out here that provide text notification and the location that the call was made from,” he adds, “but 911 Alert has a chat feature to it that allows the emergency contacts to communicate with the caller or each other and provides a live tracking feature so wherever the phone goes the emergency contacts will know where and how to get to the caller.”

The concept is not new, but the execution and add-on features are the tone that will give this app an edge in the market. The ability to chat with your loved ones as they follow you via a tracker cannot be underestimated. Those two features make the 911 Alert app stand out.

The fact that there could be such glaring gaps in the 911 calls with the extremity at which they are made begs the question of whether there are other gaps aside from this that require a solution to be developed. But this specific solution already caters to more than one problem.

“When one calls 911 there are two immediate questions that asked when the call connects. Number one is WHAT is your emergency and number two is WHERE are you calling from or WHERE are you?” says the founder.

However, there’s an important third component that the 911 operator is not able to provide to the caller’s family and that is a notification that a call has been made.

“Picture this, if you called 911 right now let’s say for a medical reason and the 911 operator tells you to stay on the phone with them until help arrives. The paramedics arrive and take you to the hospital, maybe you’re conscious, maybe your semi-conscious, maybe you’ve lost consciousness; but who in your family knows that you even made a call if you are alone, live alone or happen to be around people who you don’t know and don’t know you?” questions Steven.

The gap that this app provides a solution for is its immediate notification with a location of where the call was made from and the ability to navigate to that location all in the initial text message. The second the 911 call made the notification text goes to the emergency contacts. Up to 10 of them can receive the notification.

“Back to my illustration, you are just telling the 911 operator one, WHAT is your emergency and two, WHERE you are calling from but your emergency contacts which is the most important piece of the puzzle for any family member or close friend is that you have made the call, where you are and how to get to you even while you are still on the call with 911.”

He adds, “That is the power of the 911 Alert app in addition to the chat and live tracking feature for the same reason…notification and communication.”

A crucial question for an idea like this is whether the people who call 911 will have the time to engage their loved ones in a chat seeing as some situations are dire, and might require the caller to focus on saving themselves. An example of such as situation is violence in a home or a break-in by criminals and thieves.

“Most people will have the opportunity to chat in some capacity with their emergency contacts who dial 911 unless it’s a situation that is of dire circumstances,” argues Steven. He continues, “In my questioning and research of individuals who have called 911 one major concern was letting someone in their family know that they called.”

“Yes, there are times when a person would not be able to chat about what’s going on but there will be more times than those instances when they will.”

“Let’s go back to my sister’s massive stroke. Within a minute or two as my mother described the situation, my sister became totally unresponsive, that’s one part of a caller calling, but that is not always the case; but let’s view this from the other side. The ability for my parents, my aunts, uncle, my nephew (sister’s son) and myself to all be able to chat about the situation is another powerful tool.”

“The future of 911 Alert looks like one of those apps that everyone will want and need on their phone,” the founder remarks.

The company’s slogan is “the insurance you need and the assurance you’ll have, because it’s better to have it and not need it than to need it and not have it.”

Statistics show that 80% of 911 calls are from cell phones in most areas.

“We know there’s no shortage in 911 calls, the one issue that has yet to addressed is family and friends knowing that the 911 call has happened immediately when the 911 call is made.”

911 Alert app is not targeting any specific market in particular but it is keen to get a lot of women as users of the app.

“Women as a whole are taught and told to be more safety-conscious than men. Women are more often the caregivers and nurturers of their kids. These mothers would like to have an app like this on their kids phone in case of an emergency.”

Married women would insist that their husbands have the app in case something happened to them with the secondary thought that they would like to know if their husband called for any reason.

“Also, in our marketing on Facebook, Twitter and Instagram in a general advertising push we have more women who have liked our pages than men,” adds Steven. “I’m not discounting men, I mean, I’m a man and I developed the app concept and the development has come from the medical emergencies of two women in my family.”

Steven is in the process of preparing for the launch of the app’s crowdfunding campaign. The plan is set and the idea is to build the app fully to provide the specific functionalities it brings to the table. No crowdfunding goal has been set yet but the crowdfunding preparation process has brought with it a lot of lessons to the 911 Alert founder.

He remarks, “Crowdfunding is harder than it appears. You think you can present your idea to your family and friends and because they know you they will support you and tell their family and friends. I mean, that’s what network marketers tell you. I am learning that you have to work hard to build your audience and you have to try and get the word out through multiple channels.” He continues, “The hard part of crowdfunding is understanding what services out of the many are good and helpful. Several offer services while “results can vary” tremendously. I’m still waiting to see how my efforts will lead to success then I can chip in more pieces of advice in future.”

Every week we publish a new feature story like this one about brands and startups that are working with us and using our platform for media outreach. 911 Alert App is now working with Pressfarm to help out with PR outreach. If you would like to see previous startup stories, click here.