9 Reasons Your Growth Hacks are Failing 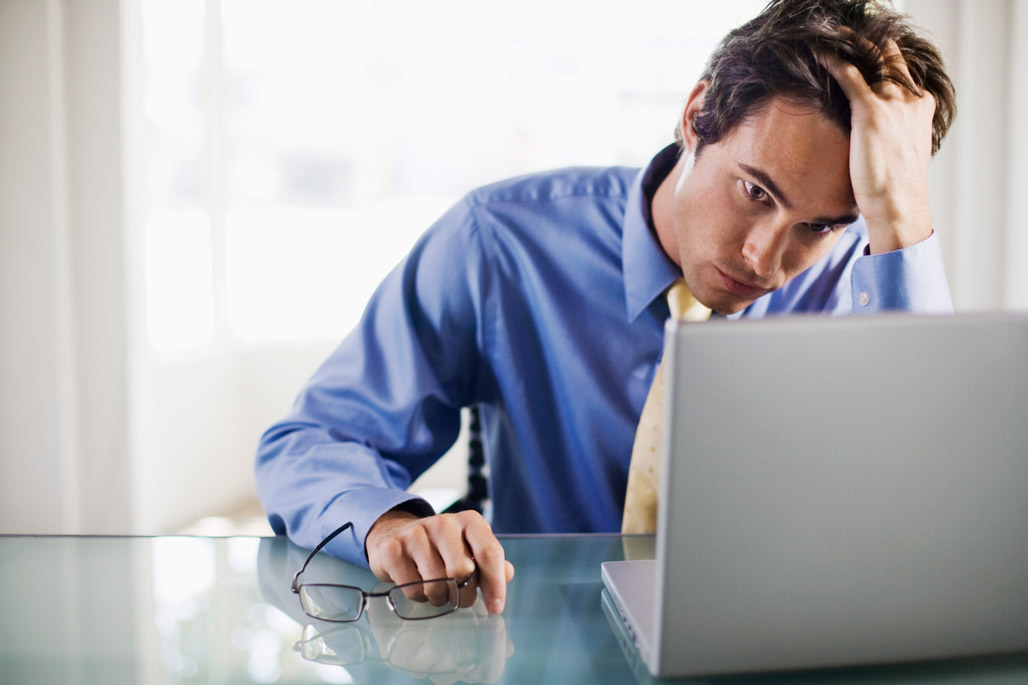 Growth hacking is not a very easy concept to grasp. Most people have said that it will replace traditional marketing methods especially for SaaS startups and web-based products in the future. For several startups around the world, it’s becoming more urgent to not only learn about growth hacking but also practice it.

Evidently, startups like Facebook, Twitter, Hotmail, Airbnb, Dropbox, and Zapier are good examples of companies that have made it using growth hacks that happened to push them from only a few thousand users to millions or hundreds of millions. In cases like Facebook, the number of users shot up into the billions.

Growth hacking has also worked for seemingly smaller companies that are big in their own right. The likes of Basecamp, Convertkit, Slack, Buffer, Crew, Unsplash, Hubspot, Eat24, among many more, are examples of even more companies that have implemented various appropriate growth hacks to supercharge their growth.

For other startups, growth hacking remains a mystery they cannot lay their hands on. They’ve tried to implement popular growth hacking strategies but the whole thing just keeps eluding them. To dissect the common problems these startups run into let’s explore the following question: What are the reasons that the growth hacking techniques implemented by these startups fail? As the startups painstakingly continue to spend more money and time looking for loopholes in growth hacking, here is where they normally go wrong:

1. They don’t know their audience

No amount of growth hacking can transform your business if you don’t know your audience. For example, spending a fortune on marketing automation services will be ineffective if these services don’t answer the needs of your audience.
Not knowing your target market always puts you in a position where you are always spending time on the wrong audience. Sometimes startups think they know their audience, but upon further examination, it turns out that they only think they know their audience.

Most of the time, a well-executed growth hack works very well if it’s the right audience at the right place. Delve into researching who your real target market is. Find out more by digging deeper into your product and your current customers.

2. They don’t focus on data and analytics

One problem with the startup environment is that it drives people into thinking that the product is all they need to care about. In the process, they miss a lot of quality information that could improve their product.

You only get quality information if you pay attention to your data, metrics, and analytics. To get this data, you have to invest in tools, resources, and people who will source this data in the right ways.

Data and analytics always reveal several statistics and information that will help you build a better product for your customers.

In my opinion, continuously building a product without focusing on the information coming from the market is equivalent to driving in the dark with no lights. One day, both the company and the product will fall into a ditch.

Before implementing the growth hack, get your data and facts analyzed and properly presented to you. Whether the growth hack works or fails, again get all the data and find out why. Proceed to build your product and make changes to your strategies using this information.

What is your retention rate like? If you can’t keep your leads, what’s the point of going all out to get ‘em?

It’s possible to think that a particular customer acquisition technique isn’t working when in reality you are having a problem retaining your customers once they come on board.

Twitter was famously known for high numbers of initial sign-ups, with a fraction of monthly active users. Most people used to sign up and never go back again. All efforts ever since have gone to ensuring that they retain as many people who sign up as they possibly can. Their improving numbers have shown that they have recently been able to curb the problem. The platform now boasts over 300 million monthly active users.

Work on retaining your customers by collecting data to find out why they don’t stay long after they have signed up. The retention numbers don’t have to be perfect, they just have to be high enough to make business sense.

4. They haven’t tried side projects

Several companies have struggled to find the ideal hack to bolster their growth. Some of these companies, therefore, decided to develop side projects that would funnel users to their core products.

For instance, Crew is a designer and developer sourcing community that spent several months trying to improve the revenue only to find that they only had 3 months of payroll left. The team had taken many photos but had no use for them. As a result, they started a side project called Unsplash where they would give 10 free high-resolution photos every 10 days to anyone who signed up for them. Remember, the internet loves high-resolution photos, especially if they can have them for free.

Now they have more than 11 million monthly visits to Unsplash, and they have found a way to turn the photos into the main product. Once they saw that the side project had worked, they launched 3 more (Moodboard, and Launch This Year) and now their side projects generate 40% of their traffic at Crew.

This is evidence that sometimes when all else fails, a side project related to your core product could be the ideal growth hack.

Why anyone at a startup won’t develop experiments and try them out baffles me. When it’s a unique idea, the growth phase won’t be a replica of what another company did. Success is also based on doing things in unconventional ways.

DuckDuckGo is a search engine that doesn’t keep people’s information; no signups, no logging of IP addresses, locations, etc. Nothing. That’s very different from Google. DuckDuckGo’s founder erected a billboard located deep in Silicon Valley for 4 weeks costing him $7,000. 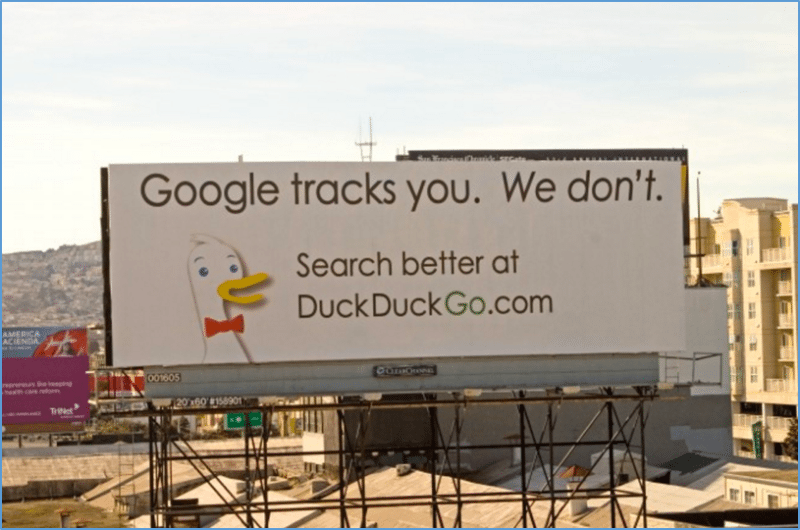 While the results were not that immediate, when privacy concerns hit the US public, everyone who had seen the ad went to DuckDuckGo’s search engine. The information was spread and shared. It’s true that DuckDuckGo is still a very small company compared to Google. Nevertheless, for the Edward Snowden fanatics and people who care about privacy, it’s now the go-to search engine.

Change is the only thing that is constant.

I also know that there are many people who refuse to embrace change when it comes. These are the same people who fail to gab the opportunities that change brings with it.

You can’t be that person in a startup. Change is always good because it comes with a lot of new doors to enter and explore.

In our context, markets change, and awhat got you to a hundred users might no longer be capable of getting you to a thousand. Change the technique and find what will get you to the new goals. A particular growth hack may only work for a while, after which market trends render it outdated and useless. It’s up to you to see that and be optimistic.

7. They continue to build the core product instead of refining it

Don’t be the person who says “build it and they will come.” That mantra doesn’t always work.

Once the minimum viable product is out, focus on refining it instead of adding more features to it. Don’t expand its footprint in a development sense. Instead, finesse its quality.

8. If it’s working, do more of it (don’t quit to try something else)

Peter Thiel emphasizes the importance of sticking with the one hack that is working in his Power Law description. If it’s working, don’t change it. The only time you should change a growth hack to try something else is when it isn’t working.

If a particular growth hack is working, do more of it.

9. They don’t develop creative content to attract their audience

Once you know your audience, what creative ways are you using to get them on board?

A good example is DollarShaveClub.com. The company released this video on YouTube. This video went viral in a few hours during which 12,000 people had signed up for the subscription service. In the video, the company’s founder Michael Dublin urges men to buy his razor blades for a subscription fee of $2 per month.

The video which now has over 22 million views, 110,000 likes, and 8,800 comments is another example of creative advertising.

Growth hacking doesn’t need to be complicated. Even so, there are things that you must pay attention to. With the above list, you can get your growth hacking right and propel your business forward.

How Pressfarm can help with your growth hacking

Do you need help generating publicity for your SaaS or web-based startup? Backed by a team of PR specialists, expert writers, and certified designers, Pressfarm can help you do just that.

With a professional press release, some winning guest posts, and an eye-catching press kit from Pressfarm, you can make an impression in your industry. In addition to helping you create quality content, Pressfarm can also help you distribute it widely. By submitting your content to the right media outlets and startup directories, Pressfarm can help boost your online visibility. Once your brand is ranking high in relevant search results across different search engines, more people will know about you.

Finally, Pressfarm’s Account Executive builds custom media lists for each client. Together with our media database of 1 million+ journalists, bloggers, and influencers, these lists can help you work with the best people in the industry. With one of Pressfarm’s PR packages, you can generate the publicity your brand deserves and win more clients over.