The 5 Failures of Warren Buffet and How He Overcame Them 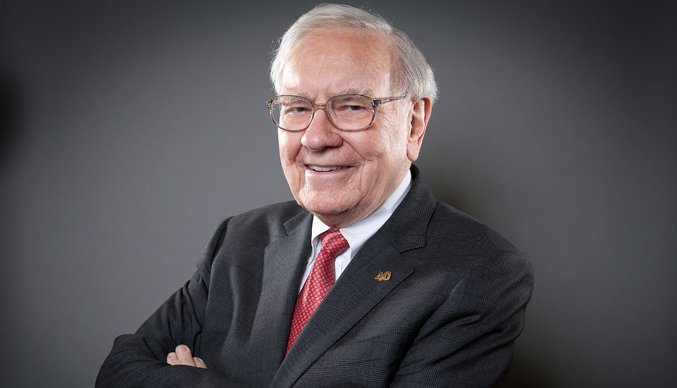 Warren Buffet is perhaps the greatest investor of all time, and with valid reason. He ranks among the wealthiest in the world with a net worth of $104.5 billion. Wikipedia has also recognized him among the successful investors of the 20th century. While Wikipedia is not always the source of truth, this time, they got it right with Buffet.

Buffet has also earned recognition for his patience and wisdom in the investment world. In fact, Buffet understands Wall Street so well that people have named him the “Oracle of Omaha.”

Despite his reputation, Buffet openly admits that even the best are susceptible to making mistakes in the investment world. And he’s no exception to this. Here are the 5 failures of Warren Buffet and how he overcame them:

The purchase of Berkshire Hathaway dates back to 1962. It was like any other investment he had pursued before. According to the analyst, the cost per share in that company was worth $19.46. However, with earnings of $7.50 per share, the investment made economic sense. As such, Buffet saw an opportunity and went for it. He bought the shares at a bargain intending to sell them later and earn a profit.

After a while, Seabury Stanton, the president of the company noticed the significant shares Buffet had accumulated. He invited Buffet over for a meeting at his office in Massachusetts. He then asked him at what price was he willing to let go of the shares. Buffet quoted $11.50 per share.

Stanton offered him a tender for that price shortly afterward. However, Buffet was reluctant. He felt that Stanton wasn’t being straight with him. Instead of waiting for a better offer, or renegotiating the deal, he decided to purchase more shares. His goal was to hold the majority of the shares so that he had more power than Stanton.

In 1960, Berkshire Hathaway had not earned the reputation that it has today. It had no powerful presence or brand image. It was just like any other textile company creating cloth from imported textiles. Before the invention of air conditioning, the company was addressing critical issues – humidity, and heat. During that era, mills were situated in the furthest regions where these two weather elements would not cause problems.

However, in the 60s, ACs were common everywhere. As such, the cost of raw materials and labor dropped beyond the borders. As a result, textile mills in England found themselves struggling – this includes Berkshire Hathaway.

Despite the company’s struggles, Buffet was ready to own it at all costs. Unfortunately, this ambition only satisfied his vendetta against Stanton. He persuaded some shareholders to sell their stocks to him. Once Buffet had control over the board, Stanton resigned before he could be fired.

After Stanton left, Buffet became the board’s chairman. He also hired someone to take over Stanton’s position at the company. However, even with the new management, the company was still disintegrating. Warren reacted by trying to sell the company. Unfortunately, nobody wanted to purchase it.

Arrogance was the reason behind Buffet’s failure in this instance. However, this was not the only cause. Buffet was emotion-driven when purchasing the majority of stocks at this company. As such, he failed to notice the obvious signs that the company was failing gradually. By the time he realized it, he could not sell the company.

Buffet could have allowed this failure to define him. Instead, he gathered enough confidence and commitment to push the company beyond this failure and make it successful. As a result, the company wound up being successful years later. Today, Berkshire Hathaway is a household name and a major brand in the US. In order to achieve this, Buffet had to design a new business model and give up the old one.

2. Buying the US Air stocks

Decades ago, Buffet was intrigued by the US Air revenue growth. As such, in 1989, he purchased a sizeable amount of stocks. Unfortunately, the investment turned sour quickly. While this investment doesn’t fall among his major failures, he still regrets making that move. The shares were worth over $350 million at that time.

Instead of gaining the projected profits, US Air didn’t make enough to settle dividends. Fortunately, Buffet didn’t lose anything from this deal. According to Forbes, Buffet received the dividends as well as his principal investment. Despite this luck, he still admits to having relied on sheer luck for this investment. As a result, he was over-optimistic about the prospects of earning a profit.

When you’re making an investment, consider factors beyond revenue growth. It’s important to consider other essential factors like dividends to ensure you’re choosing the right company. Buffet learned this the hard way and made it clear in his letter to shareholders at Berkshire Hathaway in 2007. According to his letter, some businesses with impressive growth of revenue may require massive capital investment to achieve growth. This was the case with his investment at US Air.

Companies like airlines require massive investments to achieve growth. After all, they’re probably hoping to acquire new aircraft and other equipment, which can be very expensive. By the time the company attains growth and generates more income, they’re usually heavily in debt. In the end, the investors are left with little to receive as dividends. Additionally, this situation leaves that company susceptible to bankruptcy.

Despite Buffet’s optimism, the General Reinsurance acquisition also went south. With luck on his side once more, Warren turned it into a lucrative investment. Even so, he still regrets purchasing it in the first place.

Despite the initial obstacles, General Reinsurance is now an admirable company today, but he admits that the acquisition was not a wise move on his part at the time. This is evident when you consider the fact that he issued almost 300,000 shares in Berkshire Hathaway to acquire General Reinsurance. As a result, shareholders at Berkshire invested more than they were receiving.

To make things worse, Buffet didn’t conduct due diligence on General Reinsurance before buying it. This cost him even more. As a result of this purchase, Berkshire Hathaway took a major hit. What Buffet didn’t realize is that the company had hardly enough to cover losses from early policies. According to the 2001 letter, the losses from this investment were close to $1 billion.

Buffet’s failure in this situation can help you avoid hidden losses in an otherwise successful-looking company. If possible, consult experts and run the numbers several times to ensure they’re accurate. Despite this loss, Warren Buffet’s letter to shareholders transformed General Reinsurance into the great company it is today. That shows you that he didn’t allow his mistakes or failures to ruin his vision.

The acquisition of Dexter Shoe Company is another mistake that Warren made in the 90s. To secure this company, he used shares worth $433 million from Berkshire Hathaway. At the time, Berkshire Hathaway was doing well. However, according to his 2007 letter addressing the shareholders, this was a poor move.  As a result of that, investors incurred $3.5 billion in losses. During that time, the loss was roughly 1.6% of his total worth.

To date, Buffet still admits that among the deals he has closed over the years, the Dexter deal is the worst. As Buffet will tell you now, you can learn that a company at its prime must have a competitive advantage. If it doesn’t have any competitive advantage and client support, then it’s bound to fail.

Buffet still regrets this decision. In fact, the decision to buy Dexter using shares from his other company is one of his biggest regrets. In a 2014 letter, he shares that if he could do it over, he wouldn’t pay $433 million to acquire this company. What made a bad situation worse was the fact that he used Berkshire Hathaway shares instead of actual cash to settle the deal. By the time he was writing this letter, those shares had increased from less than a billion to $5.7 billion.

Buffet admits that when it comes to financial disasters, he should be awarded a Guinness World Record for this one.

You may not be planning to buy a million-dollar company, but you can learn a lot about how to properly allocate your resources from this mistake. If your existing portfolio is doing well, don’t use resources from it to play a wild card.

By now, we would expect that Buffet would’ve learned a lesson from the purchase of Berkshire Hathaway. However, this was not the case. Over a decade later, he made a similar gamble on Waumbec Textile Company – a textile company in New England.

During that time, the price offered was a bargain considering the assets it came with. Furthermore, this company was similar to Berkshire Hathaway, and the latter was in good shape.

Buffet claimed that this was a terrible deal because the mill ended up failing and shutting down a few years later.

Poor investments are expensive. However, the cost of a poor investment costs less than the cost of making the same mistake twice. If you make one bad investment, don’t attempt to replicate the same strategy in the future. If you want to invest again, try something different.

Let’s face it, making mistakes, especially those that cost you money is very painful. However, you can think of the money you’ve lost as school fees for the experience. As much as you’ve made a loss, you’ve gained something in return. If you evaluate the mistakes you make and analyze them thoroughly, they may help you make more money someday and become a successful investor.

Thanks to his many failures, Buffet always ends up with more knowledge and experience. With this insight, he is now in a better position to make more money.

Just because you’re investing in something for the first time doesn’t necessarily mean it will fail. Also, it doesn’t mean you will encounter obstacles. However, if you do, learning how to deal with them is always important. As Warren would tell you, don’t attempt to repeat the same mistake in the hopes of achieving a different result.

When something fails the first time, there’s a good reason behind it. When you ignore the lesson and take the same course once more, you’re bound to experience more failure.

You don’t need to gamble your money away when you can leverage your experience and pursue a solid investment.

How Pressfarm can help you build a successful business

When you build a new company, you’re answerable to your stakeholders for its success. You’re also answerable to your clients for the quality of products and services that you’re providing. One way to earn a vote of confidence from external parties is by investing in your public image. This is why it pays to work with PR experts.